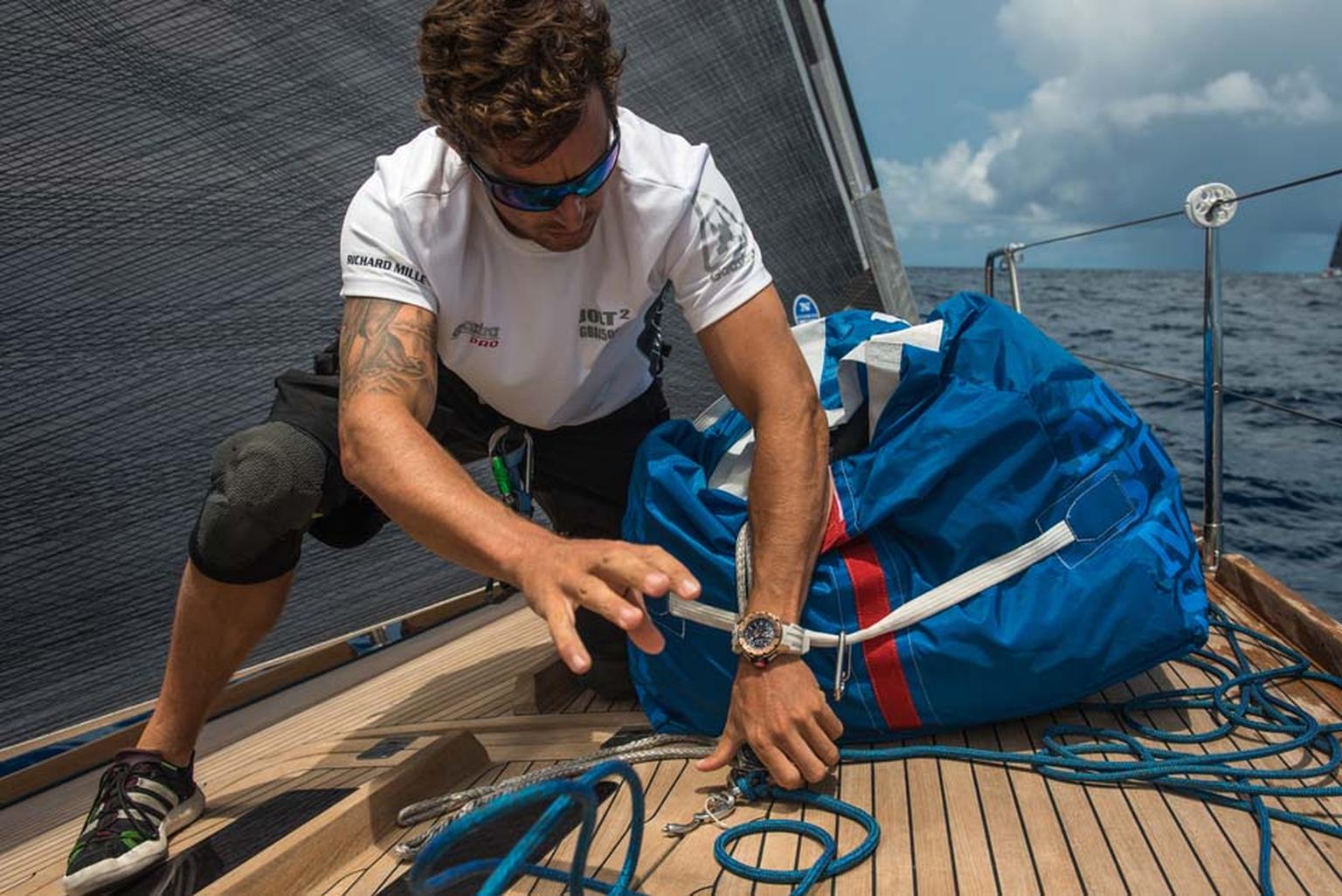 I had the pleasure of joining Richard Mille in St Barths, where this watch house is the main sponsor of the Les Voiles de St Barths, a world-class regatta that attracts some of the most impressive racing yachts from around the globe.

On board Jolt 2, the yacht owned by Peter Harrison, CEO of Richard Mille Europe, Middle East and Africa, I had the chance to see the house's watches perform under duress as well as enjoy calmer moments on the beach, where the women's watches came into their own.

Spending time with Richard Mille and seeing these high-tech watches in action gave me a new appreciation for both the aesthetics and performance of these watches, which look like nothing else on earth.

The most obvious choice for the Skipper of Jolt 2 was the RM 60-01 Flyback Chronograph Regatta. But the Richard Mille RM 011 on the wrist of Peter Harrison, who was at the helm, with a case made of NTPT carbon, was right at home as this lightweight, highly resistant material was developed by North Sails, linking neatly together the worlds of competitive sailing and high horology. The rest of the crew wore RM 028 and RM 032 divers' watches on bright rubber straps, and they fitted right in with all the nautical equipment on board.

The women on board wore the RM 07-01 models in either white ceramic or white gold or the sleek, black RM 037 Ladies, with a glamorous dose of diamonds. Seeing is believing, and to be on board a competitive sailing boat in the Caribbean, seeing these watches in action, with the light bouncing off the water and the wind in the sails, is to understand the natural habitat of these remarkable watches.