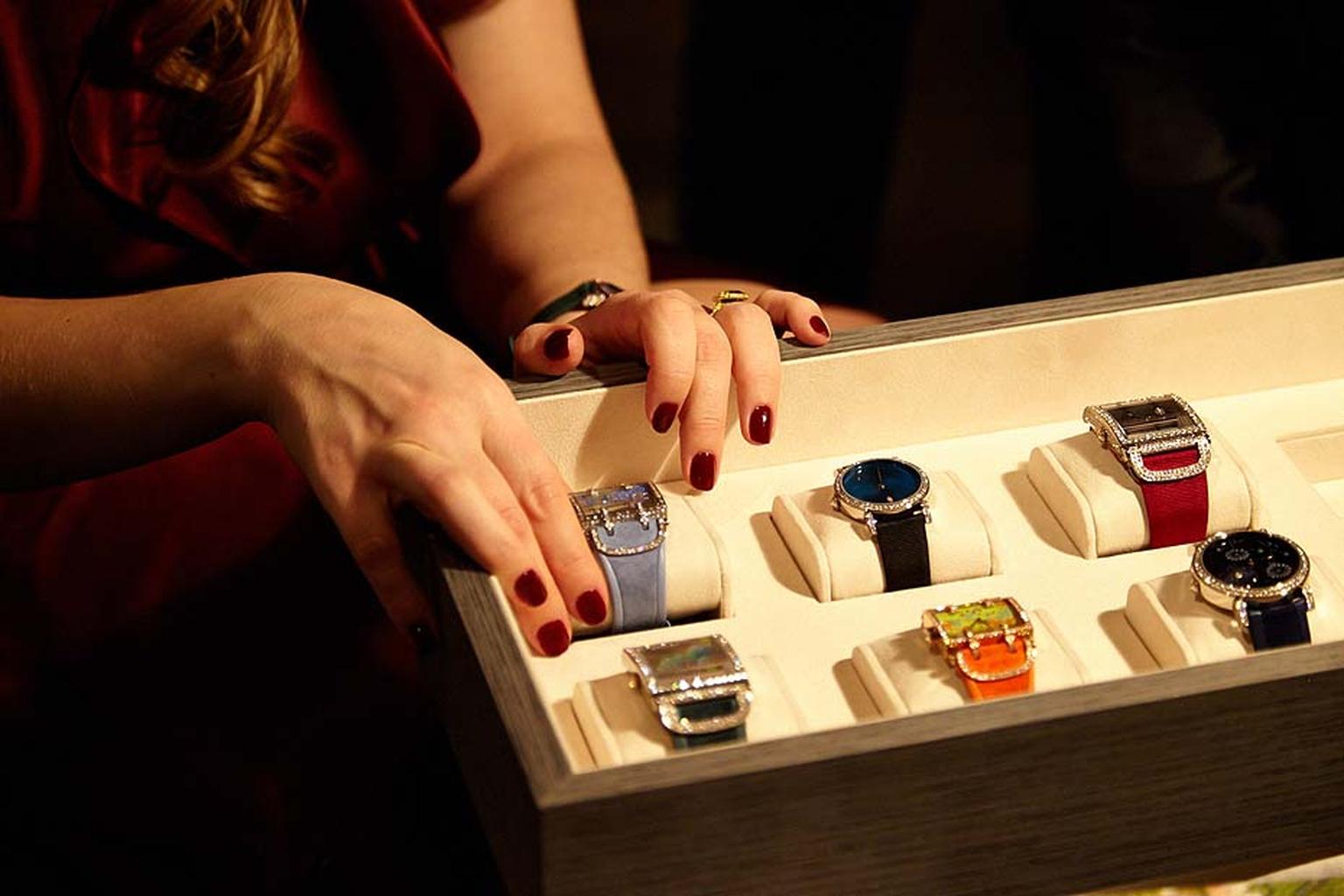 Last night DeLaneau, the Swiss watch brand that specialises in high-end women's watches, brought an exhibition of enamel and gem-set watches to the Halcyon Gallery in London. From DeLaneau's enamel atelier in Geneva came not only the watches but also the tools and the enamellers themselves. Sharing the floor space of the Bond Street art gallery was a series of displays that told the story of how DeLaneau's enamel dials are made, with Beatrice and Florence, two senior enamel artists, on hand to explain their delicate art.

Brigitte Morina, Creative Director of the brand, was keen to bring the mysteries of enamelling to a wider audience and show just how much work and skill goes into making a DeLaneau watch. "All of our watches are unique and appeal to the woman who knows what she wants and is looking for something very special and different. Each one is a work of art - more like a jewel than just a watch," explains Morina.

On show were a wide range of DeLaneau creations and, without doubt, the Grace jewellery cuff watches were the most spectacular jewellery watches of the night. The Grace Star is a dazzling display of 118 cabochon star rubies and sapphires with 276 diamonds - a rare sight to see such a number of precious stones with this unusual 'star' pattern, clustered around a dial. The Grace Diamonds is set with over 500 rose cuts of varying sizes, which appear to be frozen together, with no metal or settings visible in this sheer mesh of scintillating beauty.

Alongside the new Flower Field enamel dials, which reduce the Impressionist style of painting to the smallest dimensions possible, were a series of dials decorated with floral, animal and insect motifs. Entire butterflies, cherry blossoms in bloom and fleeting views of a bird's wing have all been captured in Grand Feu enamelling, the vivid colours as bright as those found in nature. Birds are particularly apt subjects for enamel painting, and I was drawn to the Dome Green Parrot Wing watch.

Many different enamelling techniques were evident. The Rondo Anemone Plique à Jour is decorated with a flower made using this translucent enamel technique, which in effect is like a stained glass window. The delicate light grey grisaille flowers appear as if etched into the black and contrast with the glossy black background. Grisaille starts with a plain dark enamel base onto which Whites of Limoge are applied and fired, layer after layer, to create different shades of grey.

The Rondo Translucent dials are some of my favourites, with their glossy depths of rich colour through which the repeated engine-turned patterns, referred to as guilloché, are visible. A similar style of dial is achieved using hard stones, such as the Rondo Ruby Heart, which uses a slice of ruby for the dial. Other variants include a striated brown dial made from fossilised tree.

A few hours in the company of the women from DeLaneau left me more in awe of their work than ever. The problem is, I can't decide which is my favourite, so I will just have to keep going back to find out more. 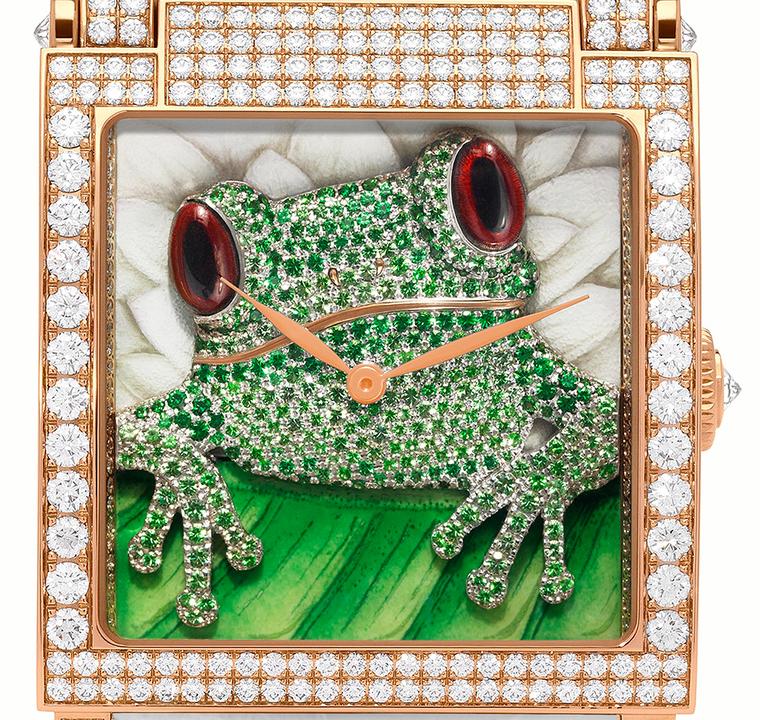 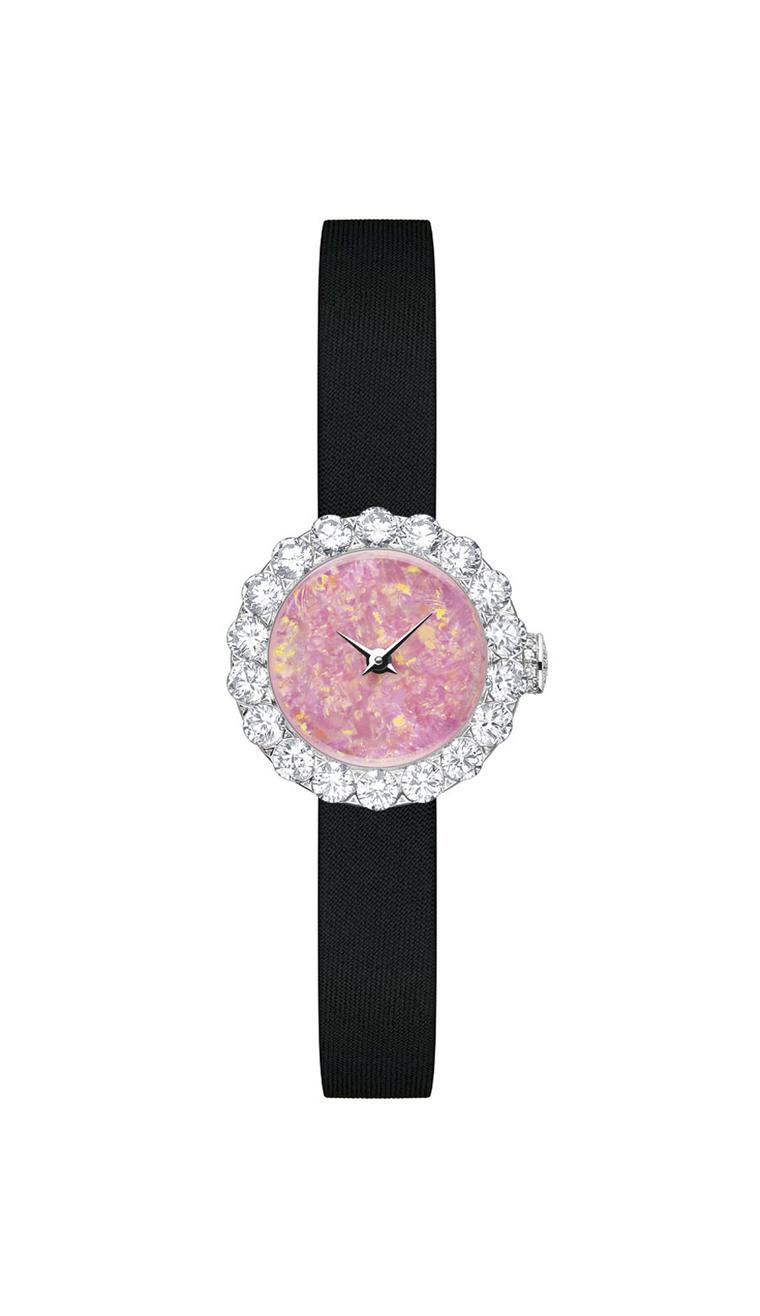 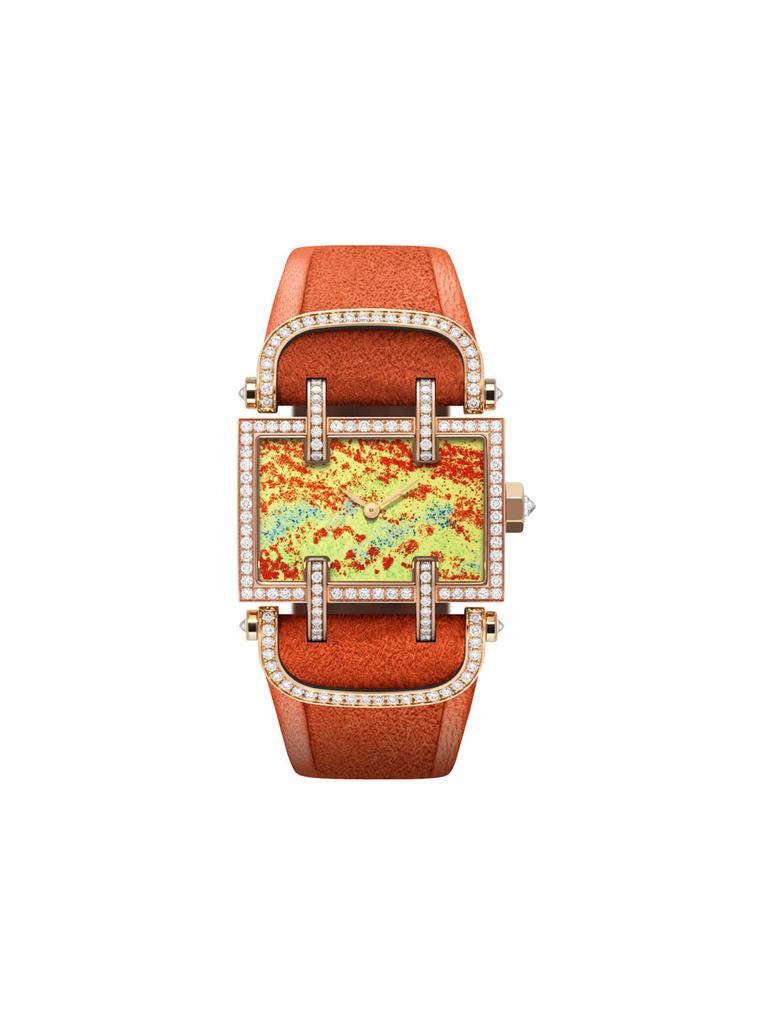 The new Flower Fields collection of one off watches by DeLaneau