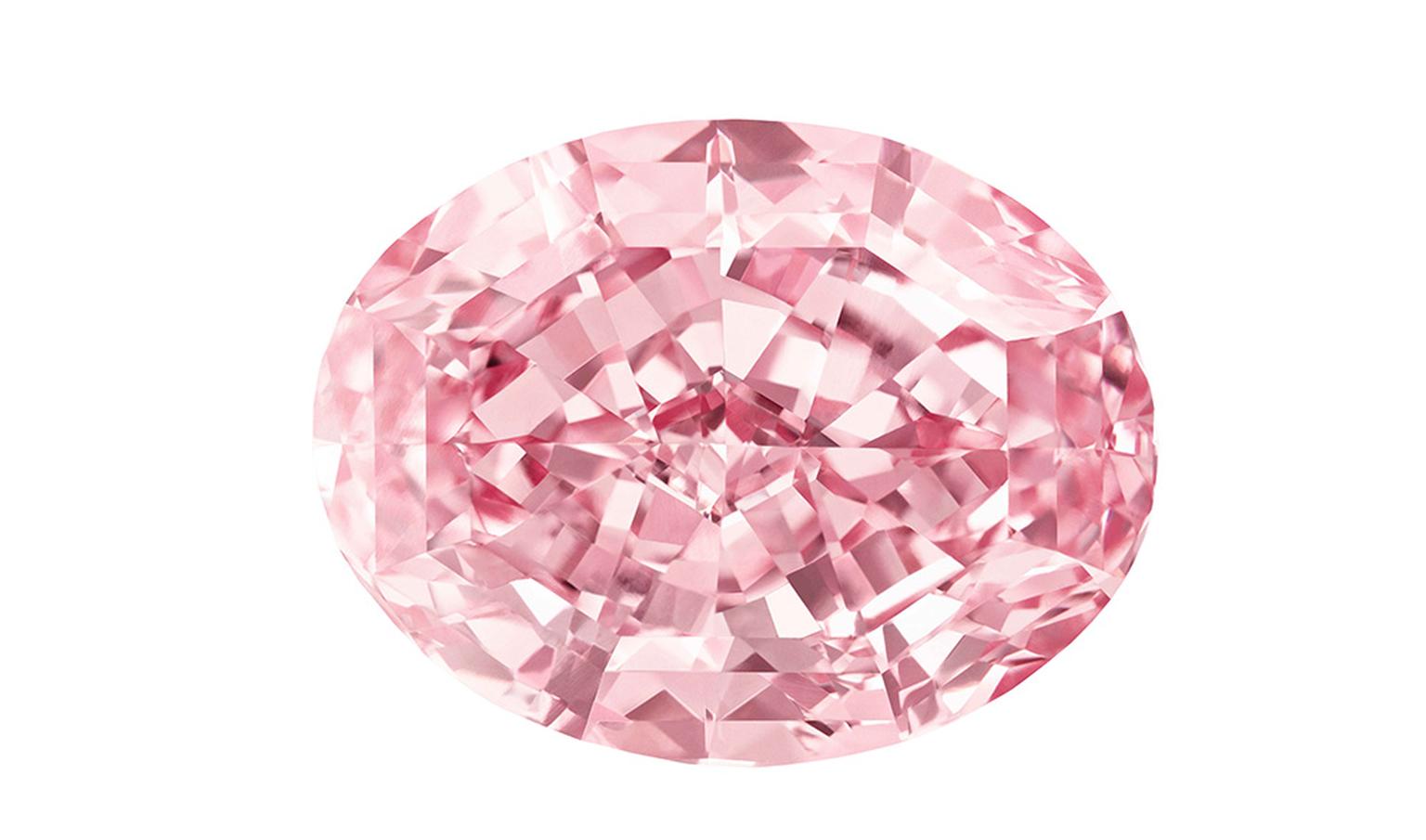 With the news of Christie's breaking a world record last night for 'The Orange' a 14.82 carat diamond that sold at US$35.5 million in Geneva at a record price of US$2,398,151 per carat, expectations are high for another thunderball of a diamond coming up for sale at Sotheby's tonight. The same evening in New York, the auction world acheived another milestone: the highest price ever paid for a work of art at auction for Francis Bacon's paintings of Lucian Freud sold for $142 million by Christie's.

This all augurs well for the 60 carat Pink Star that is expected to achieve in excess of US$60 million, making it the most valuable diamond ever to be offered at auction.

The diamond has already generated ripples of excitement within the auction world as potentially the diamond to break all world records. Called The Pink Star, the one-of-a-kind 59.60ct oval-cut pink diamond is the largest internally flawless fancy vivid pink diamond every graded by the Gemological Institute of America (GIA). More than twice the size of the 24.78ct Graff Pink fancy intense pink diamond, which sold in Sotheby's Geneva in 2010 for US$46.2 million and currently holds the record for the most valuable gemstone or jewel sold at auction, it also exceeds in both size and richness of colour any pink diamond found in state, royal or private collections.