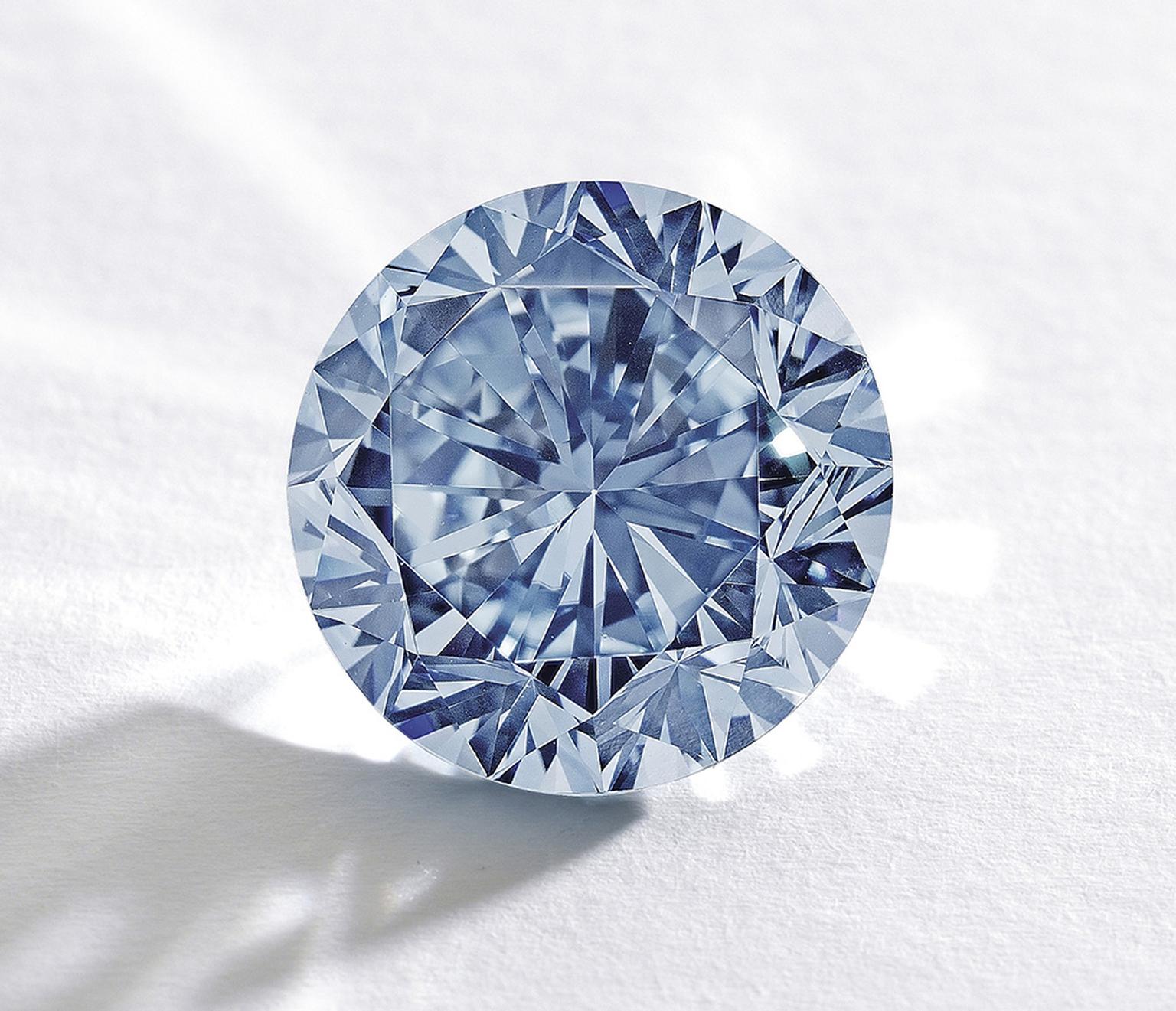 The 118.28ct diamond is estimated to achieve between $28 and $35 million and potentially become the highest price ever paid for a white diamond at auction (read more here). The Premier Blue does not have an estimate, but the current price per carat record stands at $1.7 million per carat for the 6.01ct sold by Sotheby's in Hong Kong in 2011 (read more here). So I would hazard a guess that this stone will fetch in excess of $13 million.

With both diamonds likely to become record-breakers, it is a remarkable event to have the stones together in one place. And building up to the sale, both of these astonishing diamonds were shown in London this morning at Sotheby's Bond Street showroom. As would be expected of a showing of two diamonds worth somewhere in the region of $50 million, security was tight and the press were out in force.

I had the chance to see both diamonds up close and marvel at these freaks of nature, and to talk to Quek Chin Yeow, Chairman of International Jewellery for Sotheby's Asia. He tells us that it is almost a miracle to have two stones of this rarity and value together in one place and, after the sale, it is unlikely they will ever come together again.

The 118ct white diamond was held up in the hand of a Sotheby's employee for photographers, giving the world an idea of the size of the stone, which is roughly as big as a ping pong ball. The much smaller blue diamond, the size of a pea, was shown set in a ring. However, the diamond was placed in the setting only temporarily to enable Sotheby's to show it on the model's finger. Later, it was taken out and held up against the light to display it in all its glory.

I had a chance to look at the 118ct closely. It has a very deep cut making it the least wearable of the two stones, but the fire is impressive and it has a beautiful limpid quality to it that you expect from Type IIA diamonds. In fact, so bright was the diamond that the photographers were having trouble focussing on the stone. The blue diamond has a lovely, deeply saturared colour and it is so rare to see a blue diamond, never mind one in a brilliant cut. Both stones were packed away to continue their world tour, but they are both bound to make waves when the come onto the block next month.

We are working on a video of our visit to Sotheby's which will be live on The Jewellery Editor later this week.