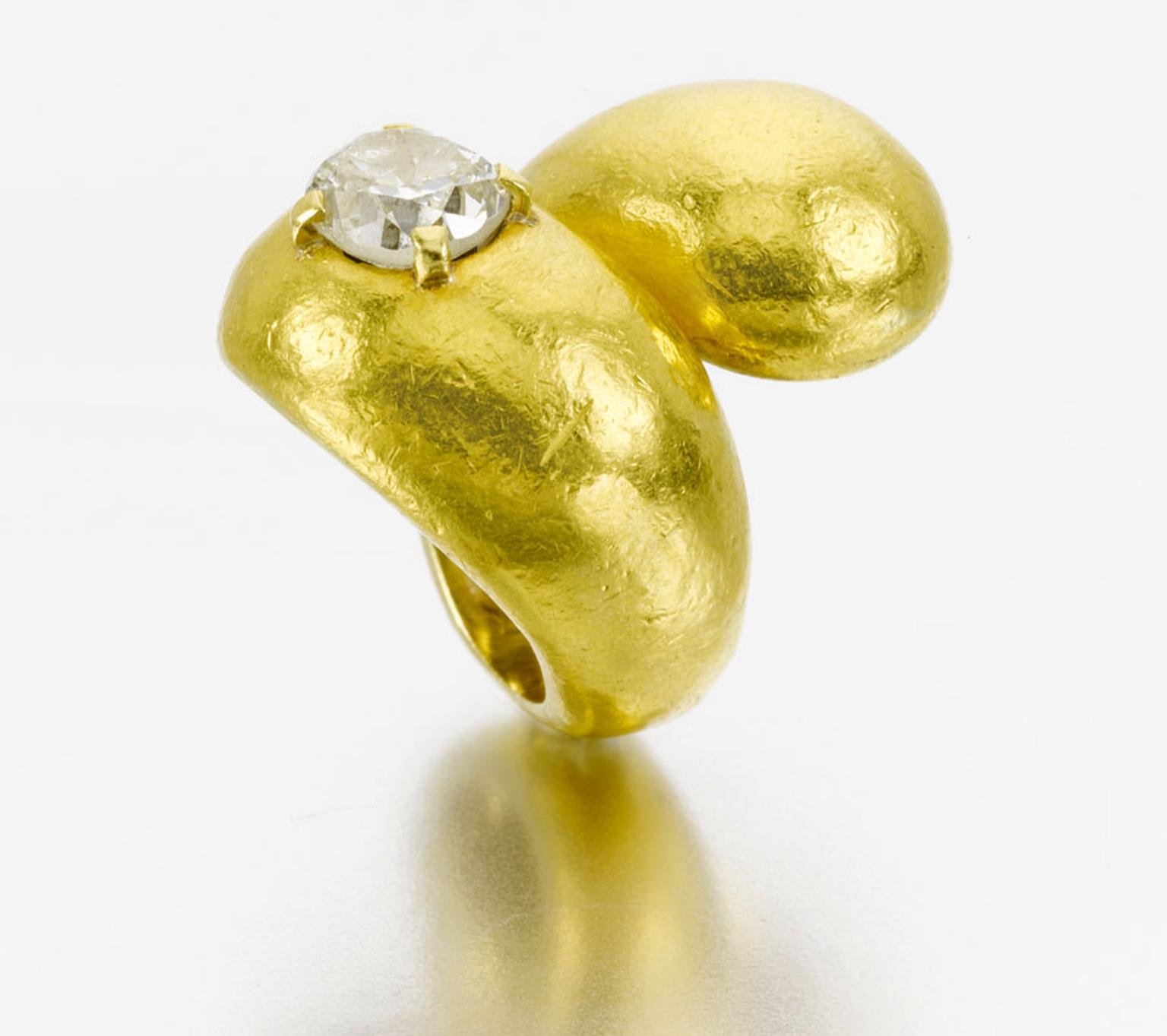 Sotheby's announce results of the Suzanne Belperron (1900-1983) sale in Geneva today with 100% sold by lot and value of the sixty jewels from the personal collection of the French jeweller. The total achieved at the sale was of CHF 3,224,950 ($3,459,307), more than tripling the pre-sale expectation of CHF 902,000-1,365,000, proving that demand for seminal pieces from Suzanne Belperron's work was intense with international bidding driving prices well above estimates. A sale that sells all lots at top prices is what is known as a 'white glove' sale. Traditionally the successful auctioneer is handed a white glove at the end of the sale as a mark of his achievement.

Speaking after the sale, David Bennett, Chairman of Sotheby's Jewellery Department in Europe and the Middle East and Co-Chairman of Sotheby's Switzerland, commented:  "It has been a great pleasure to bring to sale the personal collection of Suzanne Belperron, who is in my view the most talented and influential female jeweller of the 20th  century. This collection included some of Suzanne Belperron's most celebrated designs and very intimate items which illustrated her unique style and creative virtuosity. We hope that the success of today's sale will highlight the immense talent of this great artist and her unique contribution to jewellery".

Although it has been nearly three decades since her passing, Suzanne Belperron's jewellery designs continue to inspire and surprise, easily making her one of the most important jewellery designers of the twentieth century.

Belperron lived and breathed for beauty and her dedication to craftmanship, which she managed gracefully, through an era of hostility and harassment. Having left Rene Boivin in 1932 to become the chief designer at Bernard Herz she finally got to be the famous creator she was always going to become, entrusted with the whole of Bernard Herz's company when he was arrested and incarcerated in the Drancy camp and then later, to a German concentration camp in 1943. Suzanne, devastated by the loss of her great friend and business partner carried on his legacy and formed Herz-Belperron, the new trade name she would become so acknowledged for. Sotheby's Geneva sale is made up of sixty pieces which is an intriguing testament into Belperron's everyday taste. Her pieces appeared in Vogue and Harper's Bazaar and before the lenses of Cecil Beaton and George Hoyningen-Huene and many others; her admirers including Jean Cocteau, Nina Ricci, Jeanne Lanvin, Gary Cooper and even the Duke and Duchess of Windsor.

What becomes immediately obvious when looking at this ring is how very tiny Belperron's fingers were. The marquise-cut diamond is set no differently than the coloured stones she uses in other pieces, very simply set in a rub-over setting, no claws are used which makes this piece and others like it more about the design rather than setting the stone on a pedestal. Diamonds are normally set so that the most light can enter in and out of the stone to better enhance it but Belperron is using the diamond to fit in with the over all design which is magnificently bold but wonderfully understated due to the transparent crystal and the white diamond and setting.

These are just a handful of examples of both the lots included but also of the tremendous quality of Suzanne Belperron's artistry and work, with other pieces including pearls, platinum, white gold, and luscious diamonds. The auction took place in Geneva at Sotheby's on May 14th 2012.