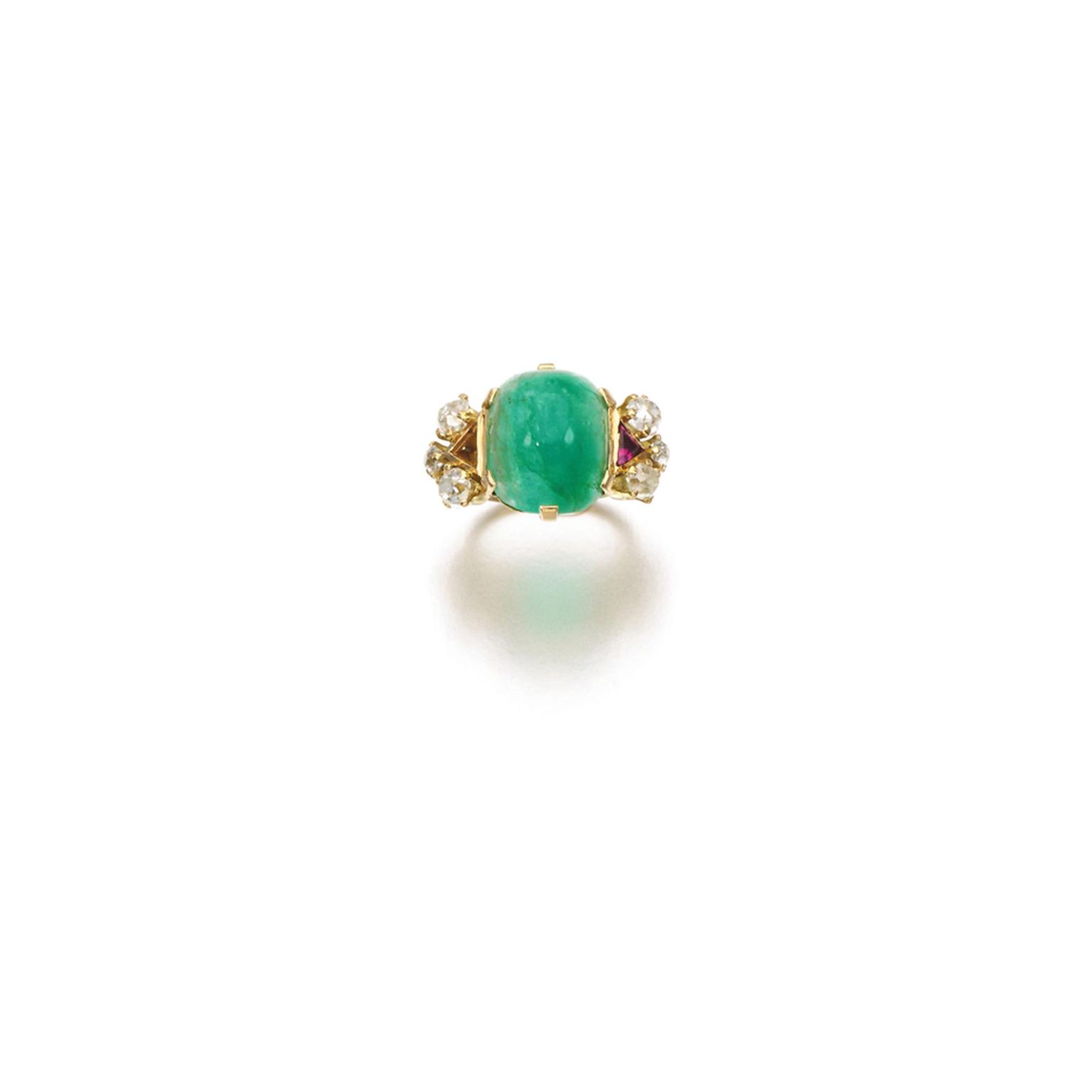 Magnificent Art Deco jewellery that previously belonged to 20th century style icon Daisy Fellowes was among the 295 lots that went under the hammer at Sotheby's London on 26 March 2014, achieving just over £2.7 million.

One of the most stylish and glamorous women of her time, Daisy was the granddaughter of sewing machine magnate Isaac Singer. As well as being a great hostess and regular on the society circuit, Daisy was renowned for her love of fine jewellery - a passion that was reflected in the pieces on offer as part of Sotheby's Spring Sale of Fine Jewels.

An enamel, rock crystal and seed pearl clip, probably made in Jaipur in the early 20th century, speaks of her penchant for exotic Indian jewels, which were all the rage in the 1930s and 40s. Designed as a peacock, it is set with foiled back rock crystal and yellow gold foliage motifs from which is suspended a seed pearl fringe and sold for a very reasonable £5,000.

The three other pieces belonging to Daisy that sold at Sotheby's London auction included an emerald, ruby and diamond ring, a pair of ruby, emerald and diamond earrings from the 1950s and a gold, emerald and pearl ring/bracelet.

But it was an enamel and diamond vanity case, set with three carved jadeite plaques inset with cabochon sapphires and rubies, that was the hit of the sale. In a Chinoiserie design, the dazzling Art Deco piece was made in the 1920s by Lacloche Frères and achieved more than five times its high estimate, selling for an impressive £68,500.

Jadeite jewellery is set to be a focal point this spring, with the most significant piece, the Hutton-Mdivani Necklace, going on sale at Sotheby's Hong Kong this month.