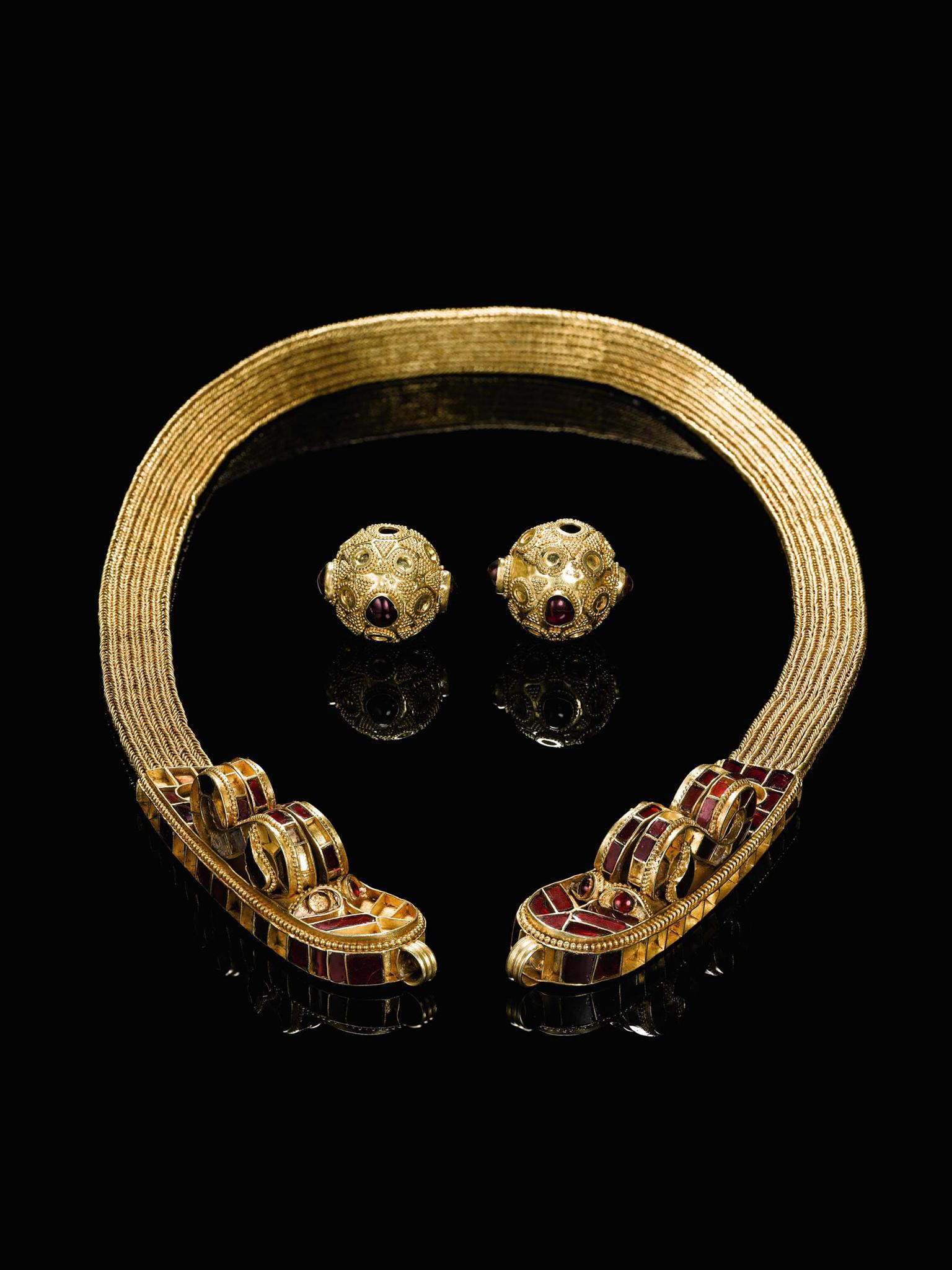 A royal gold collar dating back to the 5th century reign of Attila the Hun will go on sale at Sotheby's London as part of its Old Master Sculpture & Works of Art sale on 3 December 2014.

Made from woven gold and set with garnet stones, the opulent gold collar presents a different facet of the Western image of Attila and his Huns as ruthless barbarians.

While it is true that they terrorised European tribes and extracted vast amounts of gold from the cities of Rome and Constantinople, the delicate craftsmanship evident in this jewel gives a sense of their skill and sophistication.

Particularly impressive are the garnet-set cloisonné dragon terminals at each end of the woven gold strap. The design is typical of the Hunnic period, when craftsmen were easily able to access high quality pre-cut garnet stones. Dragon and beast terminals were viewed as a sign of high status and were introduced to the West by the nomadic horse-riding Huns from the late 4th century onwards.

Each dragon has a ribbed loop in its mouth through which a strap would have passed, probably weighed down at either end by two beads accompanying the collar.

In the late 19th century, the jewel was acquired by Sansyzbay Umutkor, a man of high social status in Kargyzstan, and passed down the family line before it was exported to Slovakia in 2013. It will form the centrepiece of Sotheby's sale next week, where it is estimated to sell for £200,000-300,000.

Erik Bijzet, Sotheby's European Sculpture & Works of Art specialist, said: "I was intrigued when I first saw the collar as its opulence and forceful decoration immediately evoked the great power of the ancient ruler who wore it. Even fragments of Eastern Hunnic jewellery are exceedingly rare, so finding a complete collar, which originated in the region where the Huns first emerged, is nothing short of spectacular. It is a privilege to handle a seminal work of art made by one of the formative peoples in history, a people that ruled from the Atlantic coasts in Europe to the plains of China."