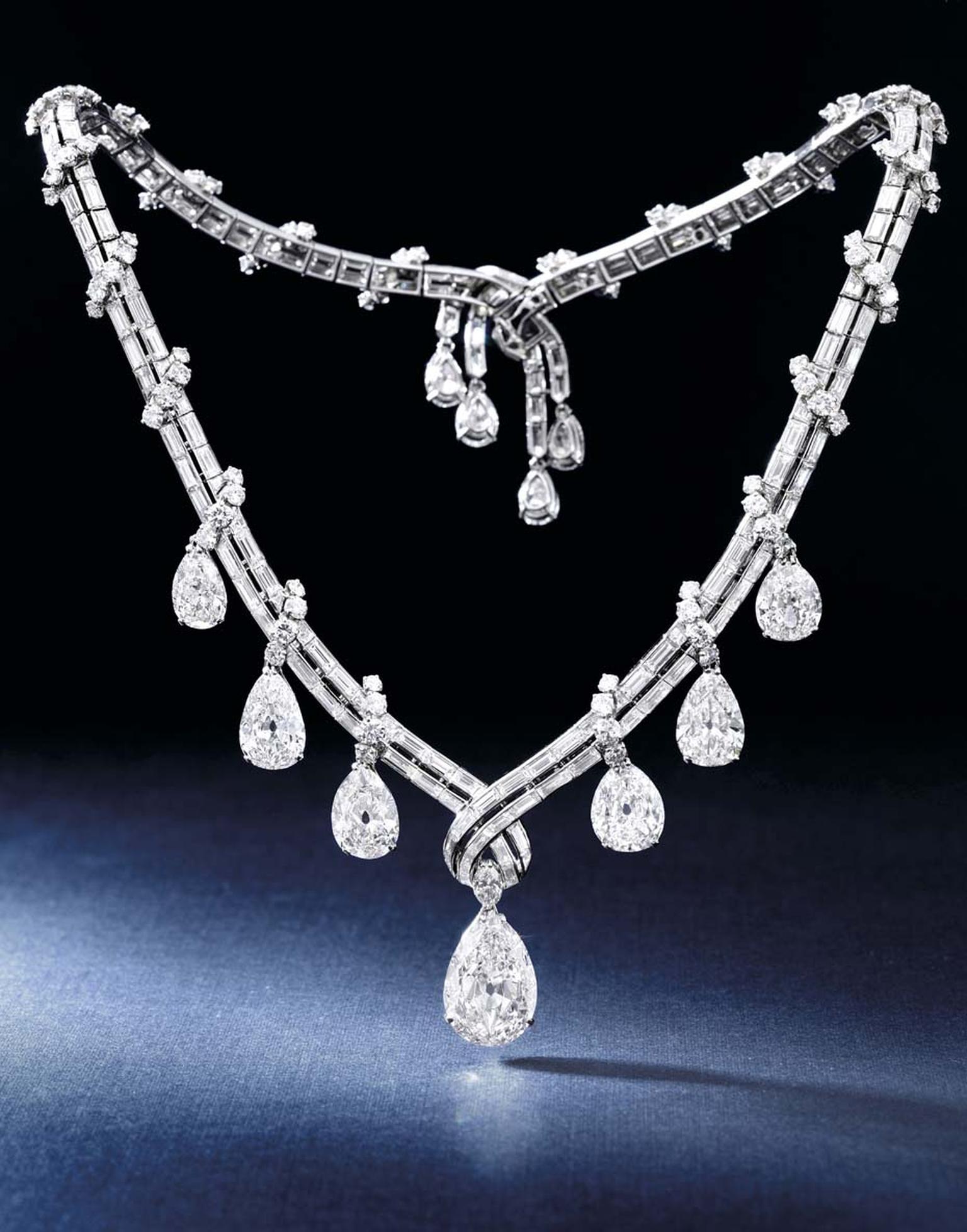 An exceptional yellow diamond ring takes centre stage at Sotheby's Hong Kong Magnificent Jewels and Jadeite spring sale, taking place on 6 April. The extraordinary Fancy Vivid Yellow Diamond has an amazing saturation of colour and is expected to fetch US$6.8-7.5m. Its weight of 77.77ct is also of symbolic importance as the number seven is considered to be a lucky number both in China and the West, where it is said to signify wealth.

Pure yellow diamonds are extremely sought after the world over and always attract a great deal of interest from bidders. Sotheby's Geneva set a new world auction record for the coloured gemstone in November last year when it sold the 100.09ct Graff Vivid Yellow Diamond for more than US$16.3m.

Another highlight at the Sotheby's Hong Kong spring sale is a diamond Bulgari necklace dating back to the 1950s. The three-dimensional furled ribbon design typifies the post-World War II trend for luxury jewellery with softer lines that followed the more rigid Art Deco aesthetic. The Bulgari necklace features a number of large gems, including a 7.04ct pear-shape diamond, and carries a pre-sale estimate of US$1m-1.2m.

The auction will also feature a 23.25ct diamond ring known as "The Legend of Golconda" as well as coloured gemstones, jadeite jewels, and a selection of signed pieces by Boucheron, Marina B, and Tamsen Z by Ann Ziff. In total, the Hong Kong jewellery auction is expected to achieve sales of more than US$99m.