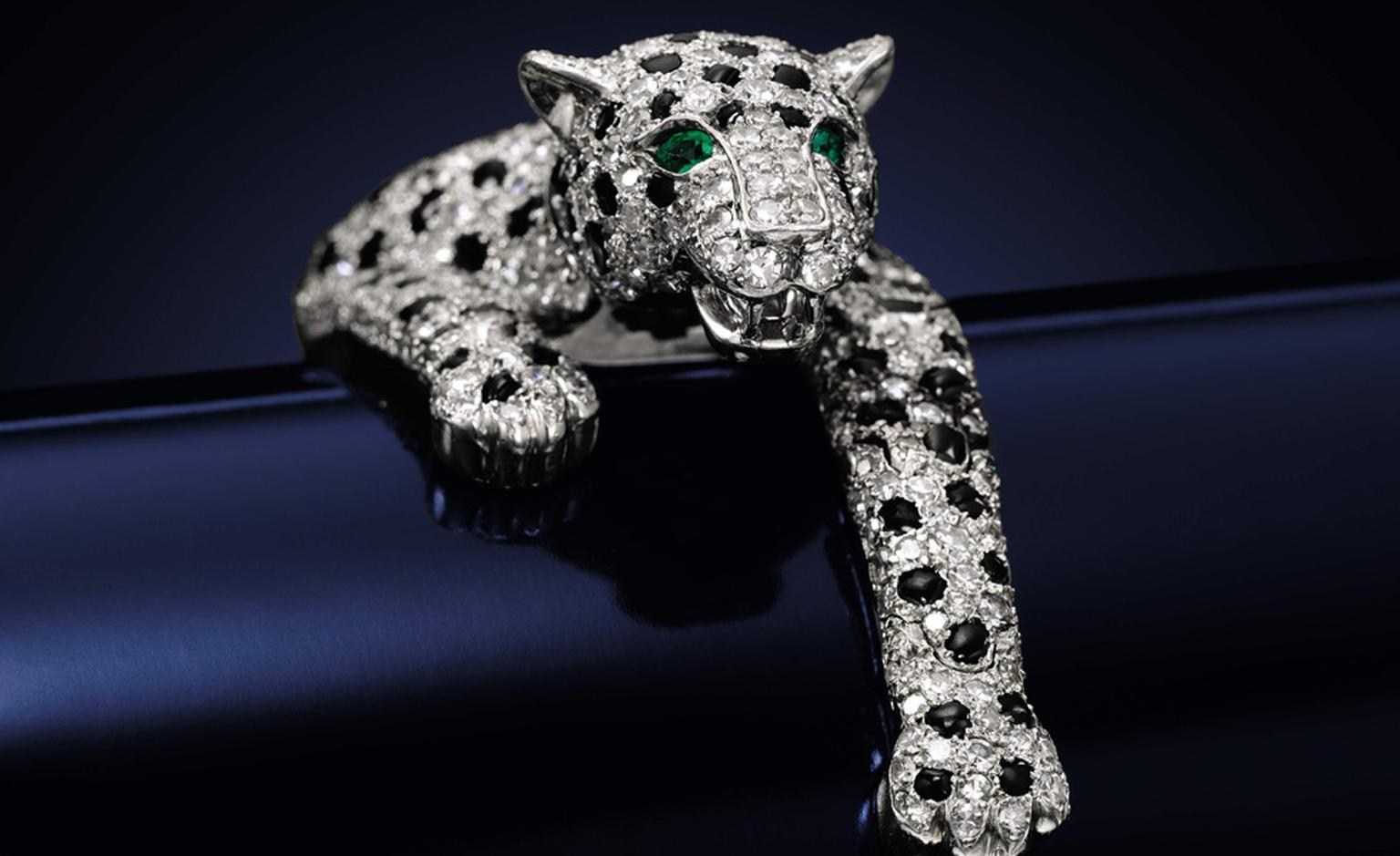 The sale of  jewels and precious objects formerly in the possession of the Duchess of Windsor at Sotheby's was held in London raising just a whisker under £8 million. The top price of the 20 lots was £4,521,250 for the 1952 Cartier panther bracelet set with diamonds and onyx that set record prices for Cartier jewels and bracelet at auction. Watch the video. All the objects that included dress sets of buttons, medals and cigarette cases, attained their top pre-sale estimate but the Panther Bracelet stood out as the star of the show. It set new auction records for Cartier at auction as well as a new top price for a bracelet at auction. Bidding for the ruby, sapphire, emerald, citrine and diamond Flamingo Brooch by Cartier was less enthusiastic and the final price was £1,721,250, just over the top pre-sale estimate of £1.5 million. According to Sotheby's press office, the bracelet was bought by Collection Cartier. Perhaps the most personal of the Duchess' jewels on sale was the Cross Bracelet that sold for £601,250, squeeking past the pre-sale estimate between £350,000 - £450,000. Each gem-set cross has an inscription on the back that refers to intimate moments in the couple's life. The highlight of the sale, which lasted little under an hour, was the bidding for the Panther. When the auctioneer reached £3 million, gasps were heard but it didn't take long for the hammer to come down on the final price of over £4.5 million. David Bennett, Chairman of Sotheby's Europe and the Middle East International Jewellery, describes the Duchess of Windsor's jewels as the "most important collection put together in the 20th century. Each one on its own is an important piece of jewellery and then there is the provenance and of course the mythical love story." With such allure surrounding these jewels, which were previously auctioned in Geneva in 1987, it is not surprising that there were high expectations in the first floor auction room at Sotheby's on Bond Street. Such was the demand for these jewels at the 1987 sale that the the initial pre-sale estimate of $7million was far exceeded with a final total for the sale of $50million. As Malcolm Forbes cannily said prior to the sale, "I think that anyone could live very comfortably for the rest of their life on the difference between Sotheby's estimates and what they actually sell for." His words still ring true, but to a lesser extent on this occassion. According to Nicholas Rayner who was the auctioneer and expert in charge of the 1987 sale, Elizabeth Taylor bid by phone for the Prince of Wales feather brooch in memory of Richard Burton, who was Welsh. She was said to be sitting by her pool in Hollywood at the time. No such glamorous vignettes to report from this sale, but I wonder who bought that panther?