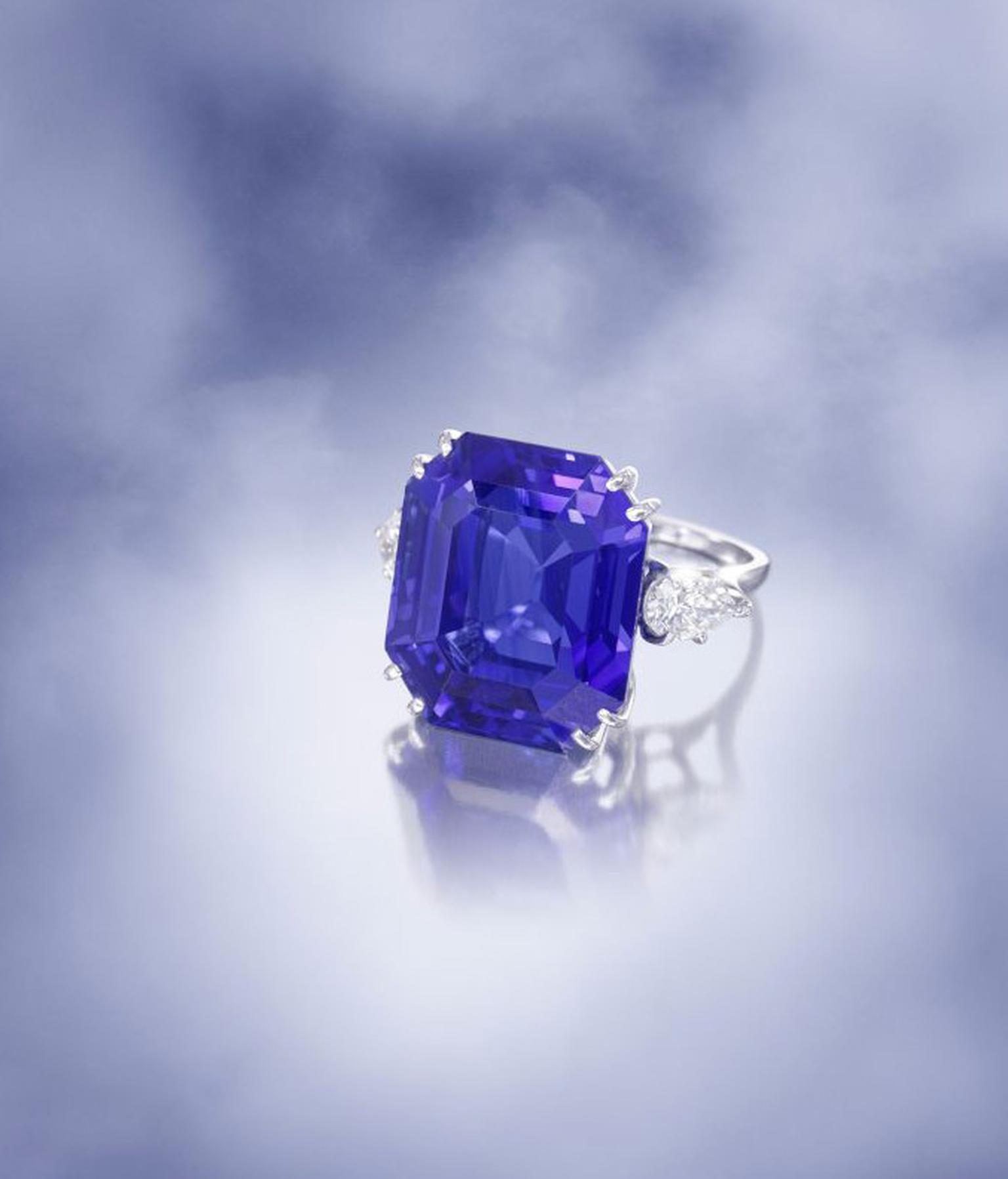 This remarkable stone was sought out by Jacques Arpels who in 1969 travelled to Ceylon (Sri Lanka) in person to acquire the exceptional 43.16 carat sapphire. The perfectly crystalline, flawless stone was subsequently mounted in a ring flanked by two pear-shaped diamonds at Van Cleef & Arpels workshop.

This Place Vendôme jeweller members of the Royal family such as the Prince of Wales and celebrities such as Elizabeth Taylor and Grace Kelly amongst its cientelse. It was here that the Prince of Wales bought Wallis Simpson the sapphire-and-diamond clip and bracelet, which she wore to set off her blue satin Mainbocher wedding gown. Prince Rainier ordered the pearl-and-diamond necklace with matching bracelet and earrings on his engagement to Grace Kelly and John F. Kennedy found here the emerald-and-diamond ring he slipped on the third finger of Jacqueline Bouvier's left hand.

A magnificent ruby and diamond strap bracelet, which is recorded in Van Cleef & Arpels' archive as being made in 1936 was another of the top lots, selling for US$467,000 (HK$3,620,000; £293,000). It was once in the collection of glamorous philanthropist and leader of pre-WW2 French Riviera society, Madame Hélène Beaumont.  Set with 107 carats of fine-quality rubies, the bracelet is remarkable for its outstanding supple and ribbon-like craftsmanship.

Graeme Thompson, Bonhams recently recruited Head of Jewellery in Asia, said: "We offered exceptional jewels and they have made exceptional prices. We produced a fabulous single-owner catalogue for the collection of 'Eight Exceptional Jewels' and have marketed the sale around the globe. I am delighted for our vendor that we have proved we can get world-record breaking prices."

Matthew Girling, Bonhams Group Jewellery director comments: "Our new team in Hong Kong led by Graeme Thompson is already proving itself with this significant sale. However this was a worldwide team effort. We drew on consignments for the sale from across the globe. It is a testimony to that team effort that we have produced such remarkable results."