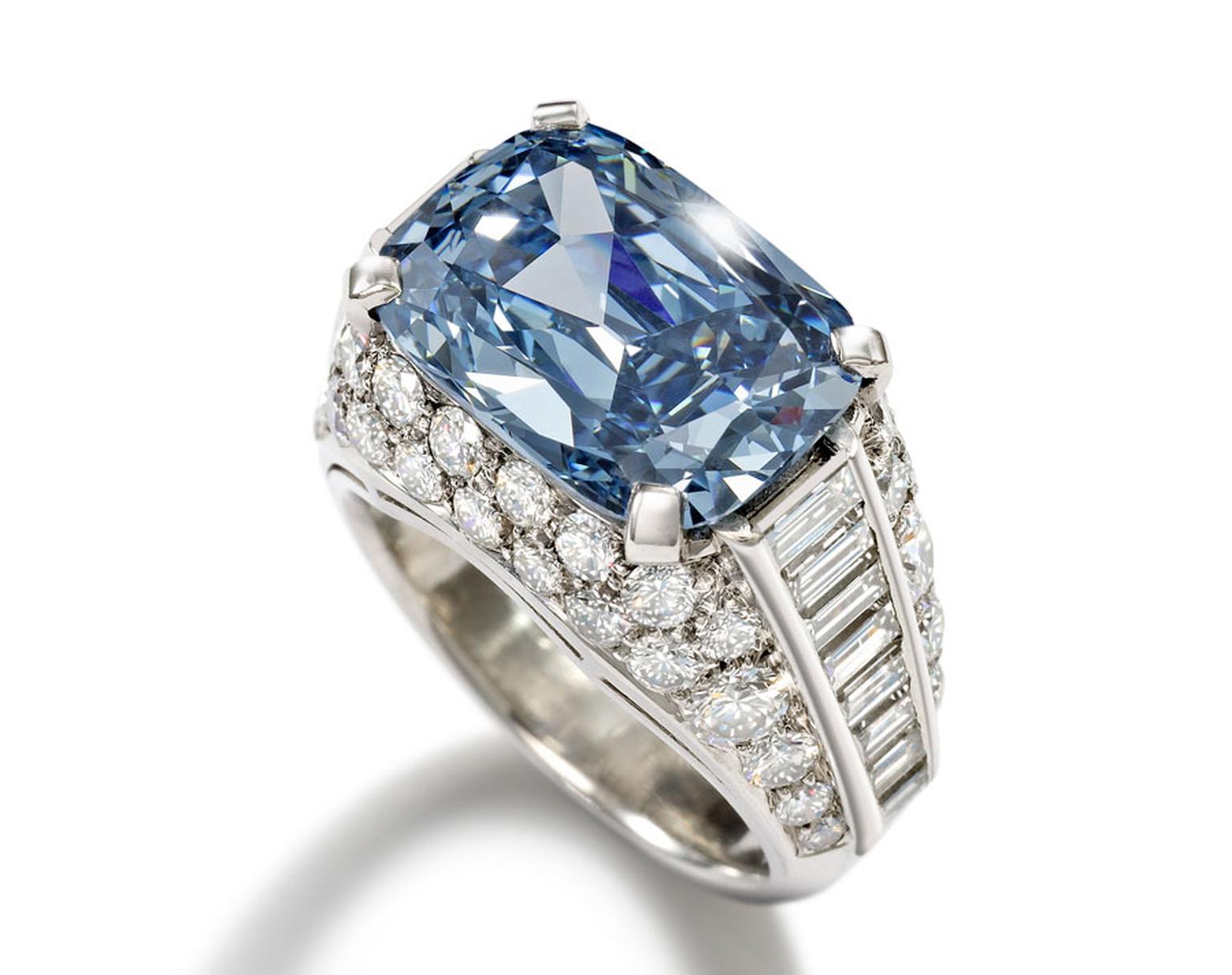 A rare blue diamond ring was auctioned by Bonhams yesterday, 24 April 2013, as part of its Fine Jewellery Sale in London. Estimated to fetch between £1 million and £1.5 million, the "Trombino" ring by renowned Italian jeweller Bulgari realised more than four times its high estimate, selling to Laurence Graff of Graff Diamonds for £6.2 million. This record price of US$1.8m per carat beat the previous world record price of US$1.68 per carat for a blue diamond.

"We are delighted with the price it has made," said Jean Ghika, Director of the Bonhams Jewellery Department for the UK and Europe, after the auction. "It was a sensational stone which charmed everyone who viewed it prior to the sale. Blue diamonds, especially those over 5.00 carats, are extremely rare to see on the market and continue to be highly sought-after. We are honoured to have handled the sale of such a unique gem."