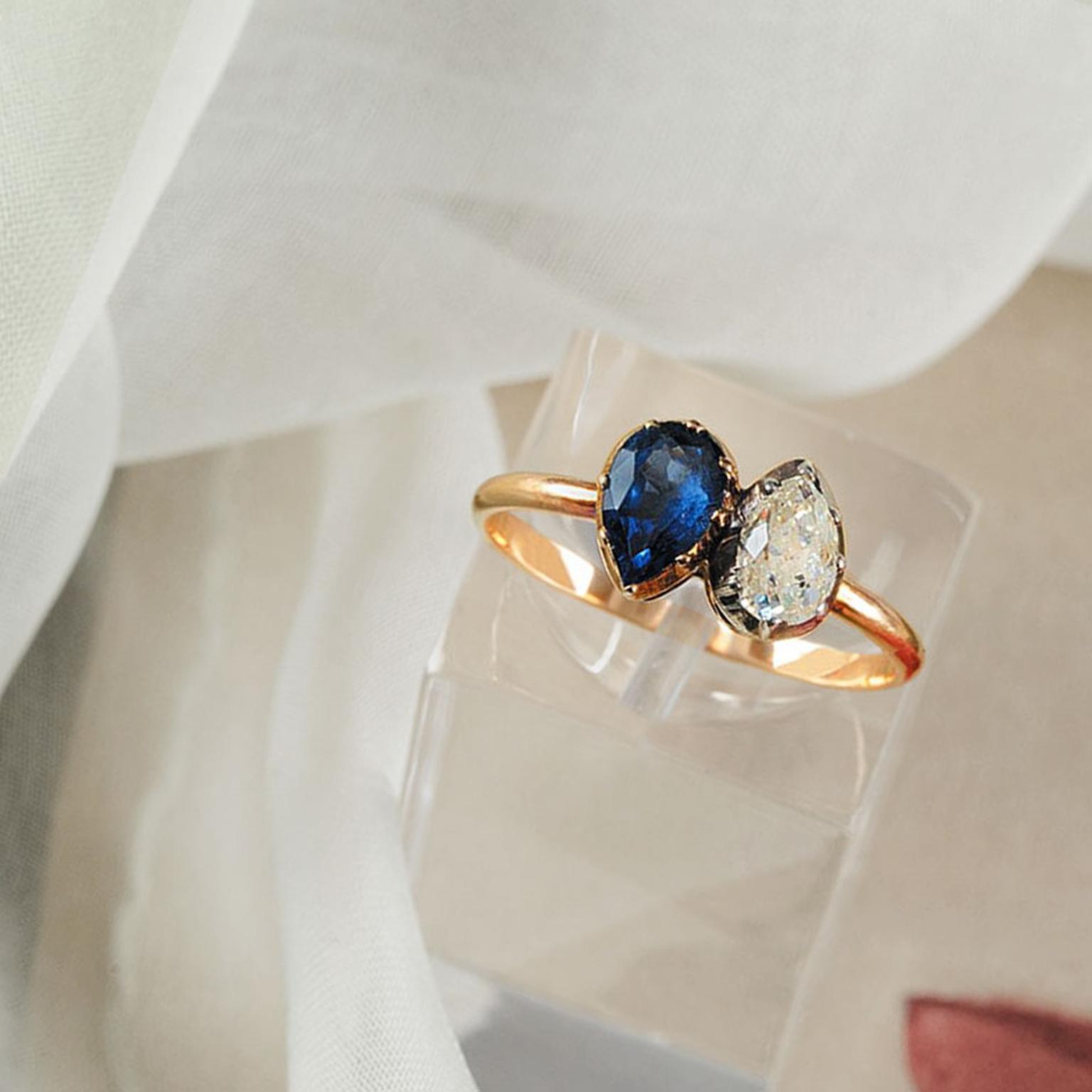 On first glance it is a simple diamond and sapphire engagement ring - a pretty design, certainly, and clearly an antique, but not especially out of the ordinary. However, when it goes up for auction at Osenat auction house in Fontainebleau, near Paris, on 24 March 2013, historians as well as jewellery lovers will be watching intently. The reason? Its very famous previous owner: Josephine Bonaparte, wife of one of the most famous leaders the world has ever seen, the French general and emperor Napoleon.

Comprising a dark blue sapphire and diamond, both cut in a pear shape and set in a "you and me" style on a slim gold band, it is loaded with historical significance. Napoleon was a revolutionary soldier when he met Josephine de Beauharnais, and his family fiercely opposed the union. A widow with two children from her previous marriage - her first husband, Alexandre de Beauharnais, was sentenced to death by guillotine for his political role in the French Revolution - Josephine was also six years older than Napoleon. Engaged for a mere two weeks before they married on 9 March, 1796, Napoleon left the country two days later to lead the French army to their victorious invasion of Italy. In 1799, he took over government in a coup, and his reputaton as one of the most feared military leaders of all time was cemented.

The ring has an estimate of €10-15,000, but we predict this one-of-a-kind piece will go for much, much more. Check back here after the auction, where we will be listing the price realised.