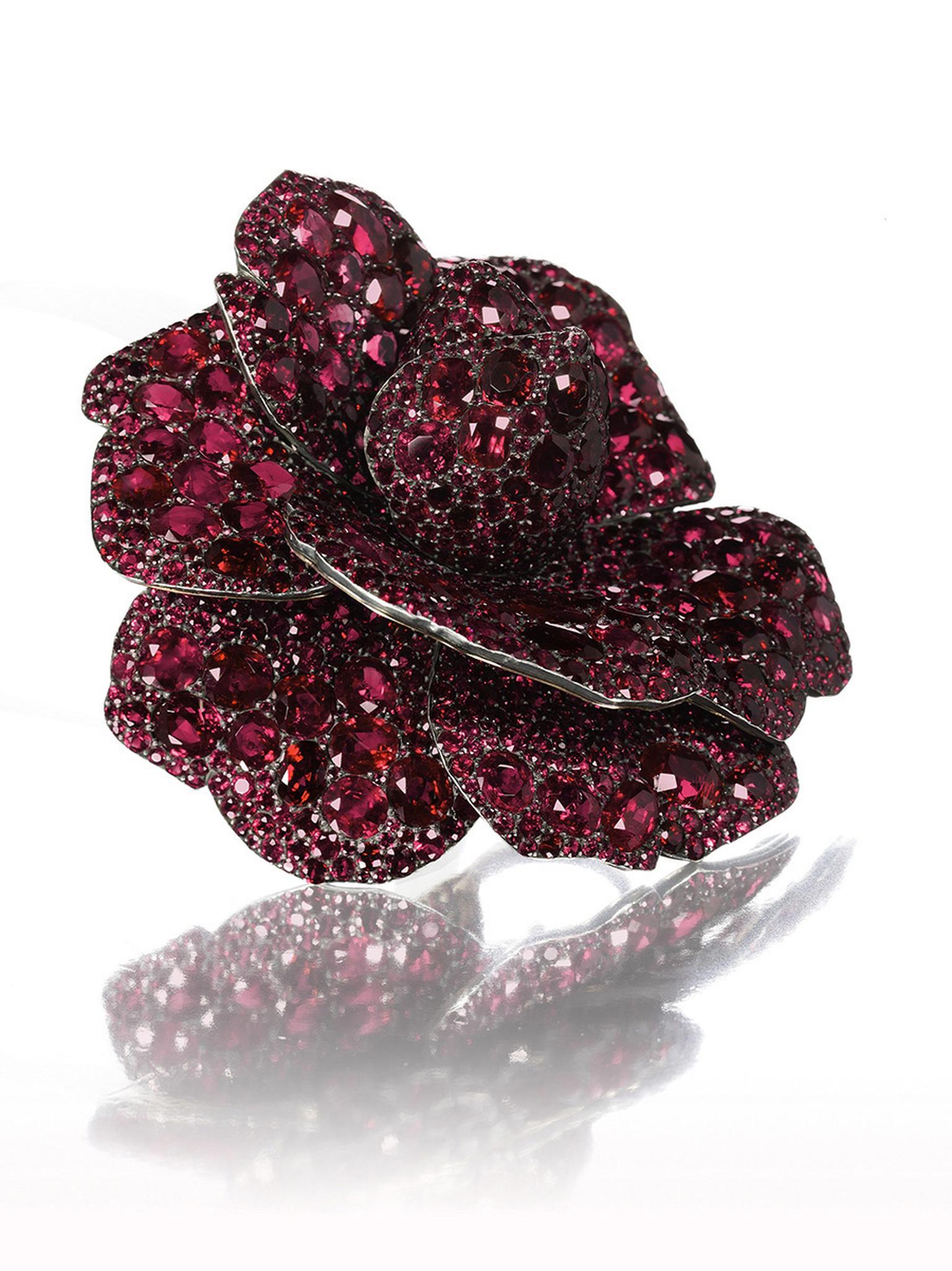 Christie's much anticipated 'Jewels for Hope' auction on the 14 May in Geneva has sold the collection of Lily Safra's jewels in Geneva that includes the largest collection of single-owner JAR (Joel Arthur Rosenthal) jewels ever to appear at auction. The sale raised a total of $37.9 million all of which will go charities chosen by The Lily Safra Foundation. In a magnificent gesture, because of the success of the sale the number of charities to benefit has been increased from 20 to 32. The charities range from a Rwandan orphanage to medical research will benefit from this sale and a full list is included at the end of this text.

Eighteen jewels by JAR sold for far above their pre sale estimates for a total of $11.5 million making this the most valuable single owner collection of JAR jewels ever sold at auction.

Mrs Lily Safra declared "From the bottom of my heart, I want to thank everyone who participated in this evening's success. I am overjoyed, knowing that so many people in need around the world will benefit. Like the jewels sold tonight, these extraordinary organizations make the world a more beautiful place, and it is a great privilege to be able to support them. I am also delighted to announce that due to the success of the auction, 12 additional organizations will each receive $1 million in support for their work."

A special section of the sale was dedicated to jewels by JAR, the majority of which were created specifically for Mrs Safra by the renowned jeweller between the 1980s and 2000s. Showcasing 18 pieces, this is the largest private collection of creations by JAR ever to be offered at auction.