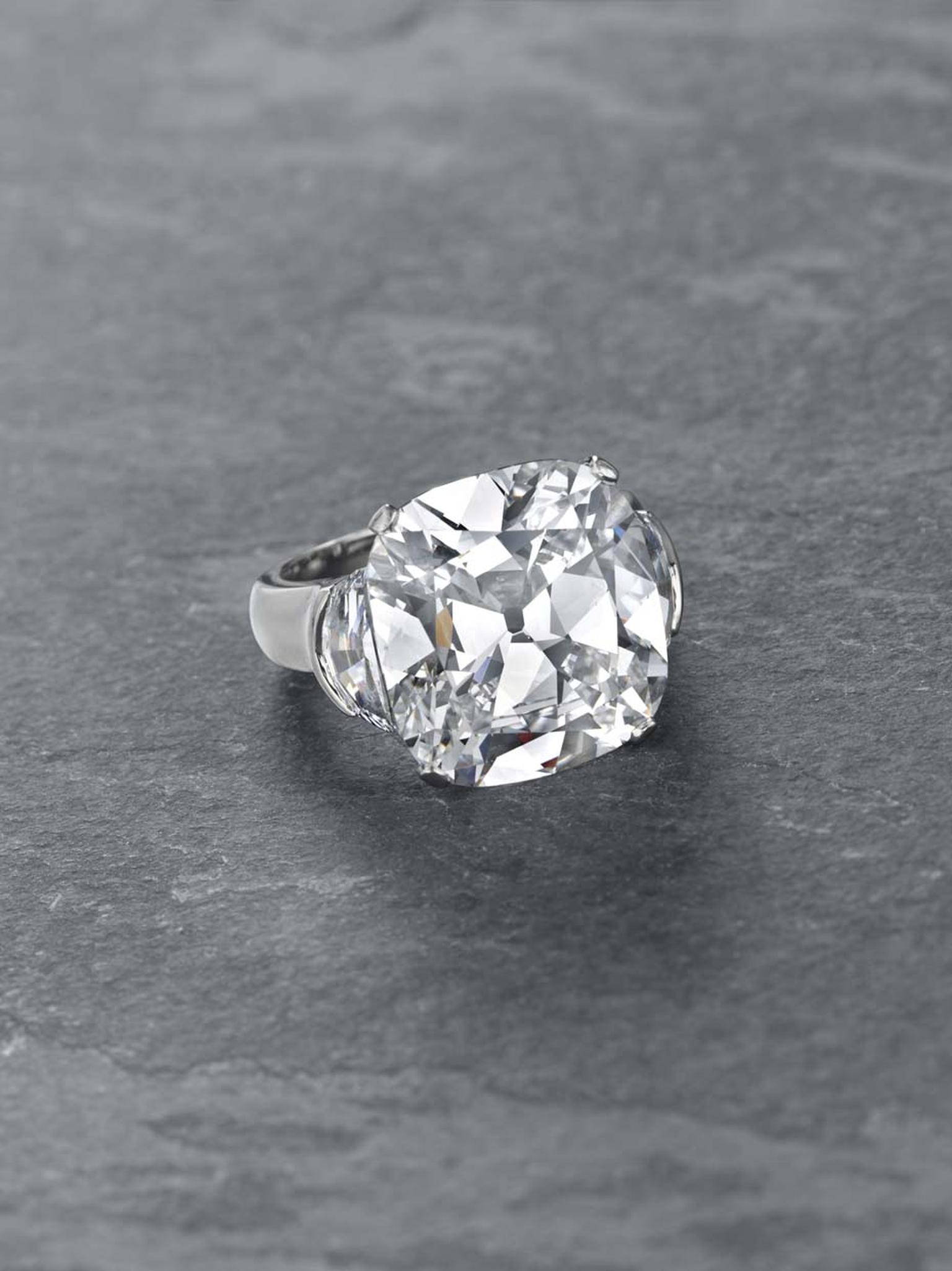 The bidding frenzy that natural pearls have been attracting at jewelry auctions in recent years shows no sign of abating, as a new world record for a colored pearl necklace was set at Christie's New York this week.

The four-strand natural pearl necklace, set with colored saltwater gems, sold for just over $5 million to a private Asian buyer. Much rarer than their white counterparts, natural black pearl necklaces are few and far between at jewelry auctions, with the most notable examples in the last 50 years including The Nina Dyer Black Pearl Necklace sold at Christie's Geneva in 1969 and, more recently, The Cowdray Pearls sold at Christie's London three years ago. A single-strand natural pearl necklace also outperformed its pre-sale estimate of $400,000-600,000 to sell for $1.05 million.

Interest was also high for the pink and blue diamonds that went under the hammer at the Magnificent Jewels sale on 14 April. A Fancy Intense 5.29ct purplish pink diamond sold for $5.77 million, while a 5.04ct circular-cut Fancy gray-blue diamond achieved $2.29 million. Also featuring in the top five lots were a 25.49ct pear-cut diamond pendant by Graff jewelry, which fetched $3.41 million, and a cushion-cut Burmese ruby that sold for $2.17 million. Another D color, potentially flawless Graff diamond achieved $1.33 million.

JAR is among the most sought-after contemporary designers at jewelry auctions, and a pair of emerald, diamond and colored diamond ear clips by the celebrated Parisian designer were at the center of passionate bidding at Christie's New York. They eventually sold for $845,000 - more than doubling their pre-sale estimate of $250,000-350,000.

In total, the Christie's jewelry auction achieved sales of more than $41 million, getting the New York auction season off to a flying start.

Rahul Kadakia, International Head of Christie's Jewelry, said: "Natural pearls achieved very strong prices and a world record $5 million was realized for a four-strand, natural-colored pearl necklace. There was spirited bidding for colored pink and blue diamonds along with all of the JAR creations offered at the auction. We look forward to our Magnificent Jewels auction on 13 May at Christie's Geneva, which features the historic Maria-Christina Royal Devant-de-Corsage brooch."