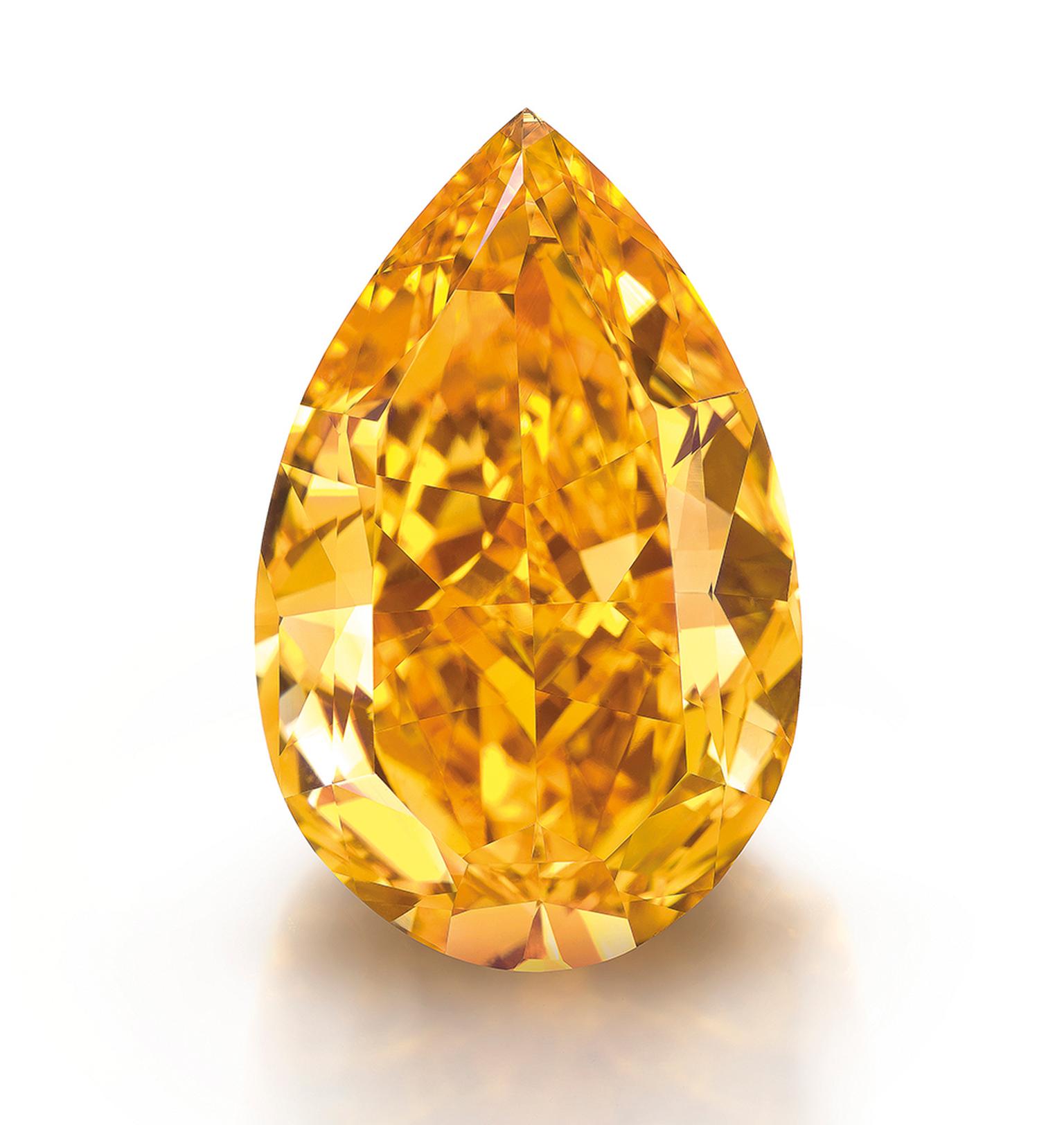 With spectacular results from Christie's Geneva Rolex Daytona and watch sales earlier this week, all eyes are on a 14.82ct orange diamond, the highlight of tonight's auction of Magnificent Jewels. 'The Orange', as it is known, is the largest Fancy Vivid orange diamond ever to appear at auction. To put that into perspective, the largest 'fire diamond' sold to date is the 'Pumpkin Diamond', which weighs less than 6ct and was bought by Harry Winston in 1997, making this an incredibly rare event. This showstopper is expected to fetch sfR. 16,000,00-19,000,000 / US$17-20 million.

Orange diamonds are one of the rarest coloured stones in the world, and a pure orange with no brown and not too much yellow is the ultimate collectors' prize. These diamonds are formed when the nitrogen atoms present in the stone are clustered in a specific way. The saturation and intensity of orange in this stone makes it a unique gem that will have diamond collectors from all over the world on the edge of their seats.