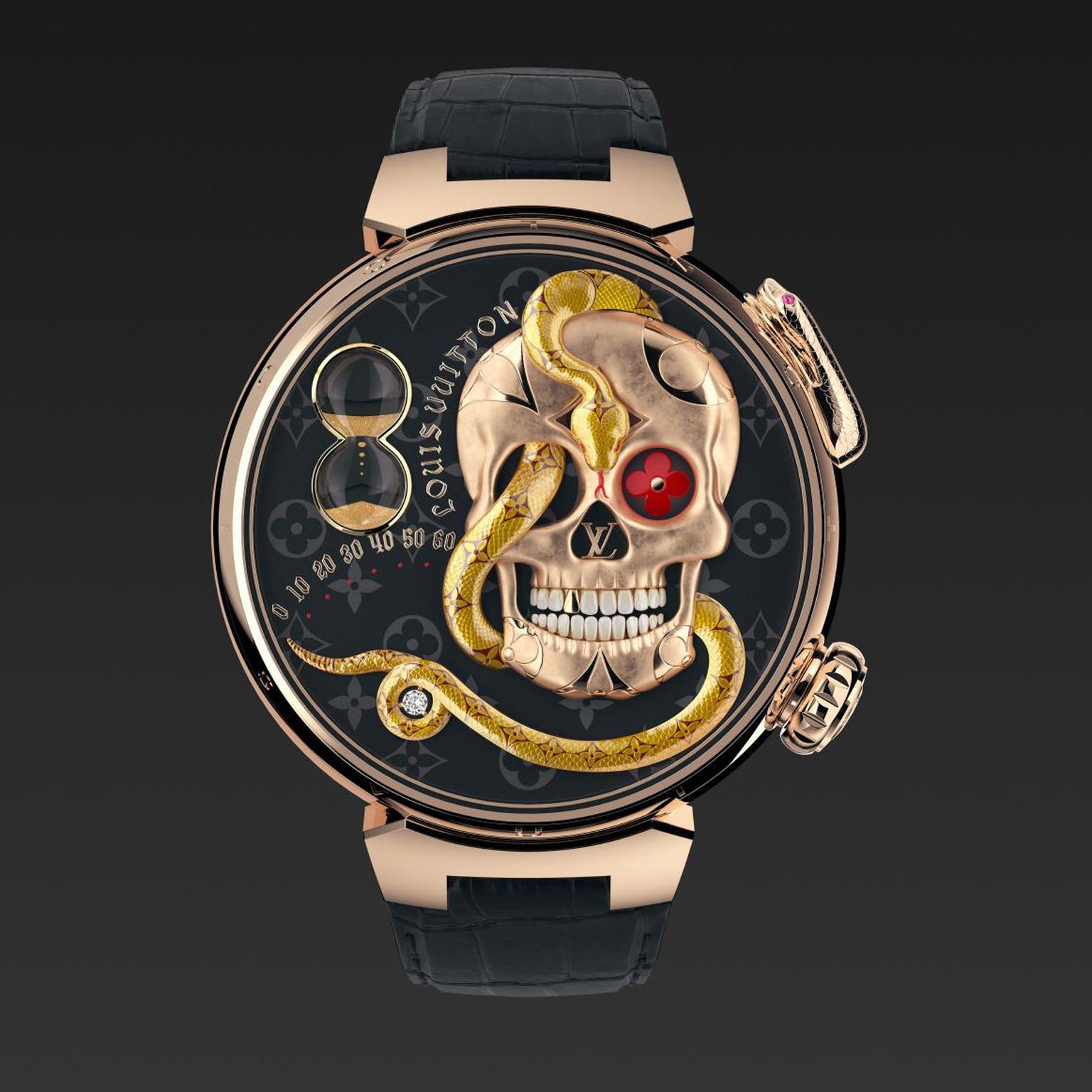 If trend predicting was a hazardous occupation pre-Covid, now it is a game of Russian roulette. Of course, playing it safe is the obvious expectation of what to assume from watchmaking 2021, but it is not as simple as all that. With long lead times for design, engineering and production, many of the watches shown at the Geneva Watches & Wonders 2021 had been in the pipeline years before any of us had uttered the word 'coronavirus’. The watch industry may have a reaction time similar to an oil tanker, but strategies such as holding back important launches, drip-feeding the offering over the year or quick-fix dial and strap changes are actions I am sure have been deployed during this most unusual year. So it was a mixed bag of horological launches unleashed at the second digital-only watch fair of our lifetimes.

Colour refreshes or change of case metal are an appealing option in these troubled times. A fresh coat of paint or a new pink gold case offers an instant revamp coupled with a significantly shorter turnaround time than say an entirely new product line or developing a new movement. And blue seems to be the colour of the year, a conservative choice for hard times.

Amongst the failsafe classics revisited with the power of colour is the sporty and much-loved Nautilus Travel Time Chronograph 5990:1R-001 (above) that was first introduced in stainless steel by Patek Philippe in 2014. Since then we have seen many variations make their debut. The line up now includes this pink gold model with a blue dial which is sure to be a hit with Patek fans who can’t get enough of the Nautilus.

Vacheron Constantin celebrates the 100th anniversary of the cushion-shaped American 1921 (above) with the arrival of two white gold models and a 100-piece platinum limited edition available on burgundy or rich chocolate brown straps. The 1921 is a distinctive design that sits at a quirky angle on the wrist with the crown at 1 o'clock and now enhanced with new white gold models and limited edition platinum along with the appealing straps. Details that instantly add another layer of desirability to a time-trusted classic.

Likewise, Cartier has turned to the Tank, its quintessential design, to sail the stormy seas of uncertainty.  The 2021 edition of the Tank Louis Cartier is presented in two new versions: one with a blue dial and strap in a pink-gold case (below) and the other with a red dial and yellow-gold case. Thoroughly Cartier yet with a dash of novelty, the Tank Louis Cartier ticks all the boxes of desirability including a pedigree 1917 MC hand-wound manufacture movement.

IWC also turned to colour to add interest to its best-selling Big Pilot model with the Top Gun Edition “Mojave Desert” that has been treated to a sandy makeover. The golden-brown colour of the dial, hands, the ceramic case and even the fabric strap echo the warm colours of the Californian desert, home to the China Lake Naval Air Weapons Station.

The Panerai Luminor Chrono Goldtech Blue Notte (above) goes a several steps further and with Goldtech, its new rose gold alloy with higher percentages of copper and platinum. Rose or pink gold are the most difficult of the gold colours to use in watchmaking as its colour alters over time.  Thanks to the new technology employed by Panerai Goldtech – that is trademarked by Panerai - is now not only more resistant to oxidation but offers superior technical performance. And it is a strikingly handsome watch with all the key design cues for which this brand has become a collector’s favourite.

Even the more avant-garde watchmakers are creating what we now consider to be ‘classics’. Ressence presented a blue version of its hybrid titanium Type 2 collection that was launched as a concept watch in 2018. The Ressence Type 2N Night Blue is a hybrid that dares to mix an electronic patented e-Crown that sets the time automatically with a traditional mechanical movement. And the deep blue colour suits it well.

Brave new movements and complications were unveiled this year though in lesser numbers. A standout piece is the Jaeger-LeCoultre Reverso Hybris Mechanica Calibre 185 (above). This mechanical wonder is one of the most complicated Reversos ever manufactured by the Swiss watchmaker featuring a unique concept that uses four dials to display complex and precise solar and lunar indicators of the passing of time. Needless to say, it is a limited edition and one that added gravitas to the line up of Watches & Wonders 2021.

Other daring mechanical gambits include Montblanc’s Star Legacy Metamorphosis equipped with Calibre MB M67.60 that displays, beyond the hours, minutes and seconds, a patented ExoTourbillon, a world-time and a moon-phase. With this level of complexity, Montblanc will be making only eight of these uber-refined watches.

In the ‘totally unexpected’ category are two watches by two houses that you would not guess would be dabbling with death.

Louis Vuitton’s Tambour Carpe Diem was a bolt out of the blue and unlike anything else the French luxury goods house has done before. The skull on the dial is intriguing enough, but activate the minute repeater function that along with the chiming of the time, you will be treated to a macabre display of the rattle snake wiggling its tail and head to tell the time and the skull’s jaw dropping open to reveal the words: carpe diem in blood red script. The level of mechanical detail is mind boggling as are the precision and smoothness of the mechanism of the jacquemart or striking jack functions that last for 16 compelling seconds. Take more time to appreciate the mastery of the enamel and goldwork that includes gorgeous details from the snake’s Vuitton logo scales to the yellowing teeth of the skull. There is even an hourglass complete with sand set into the dial should you want more reminders of your mortality and limited time on this planet.

Hermès also looked to death for the latest Métiers d'Art timepiece called Slim d'Hermès C'est la fête. Unlike any other Hermès watch I have seen before, this one features a dashingly elegant skeleton riding a horse, its flamboyant mane waving in the wind. Being an Hermès gentleman Grim Reaper, he is a particularly dapper one and wears a top hat and a buttoned-up double-breasted top coat, complete with green silk cravat and tie pin as he laughs at death astride his ghoulish skeleton horse, presumably on the way to a party where he will reap more unfortunate souls.  This bizarre creation was crafted, engraved and enamelled by expert artisans of the maison in Switzerland.

If there is any conclusion to be drawn from this year’s watch offerings, it is that the only thing to expect is the unexpected: and maybe another Grim Reaper or two. 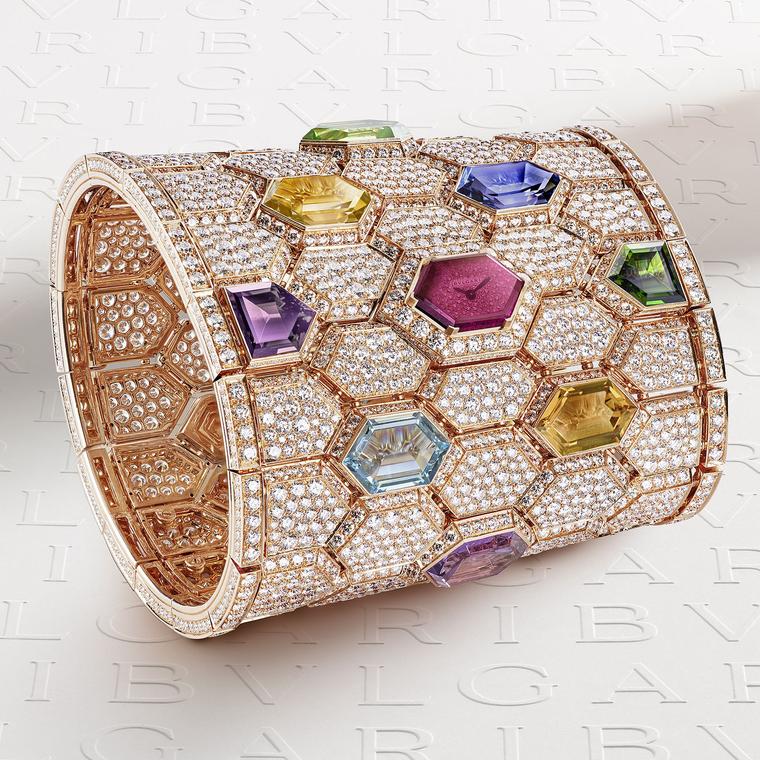