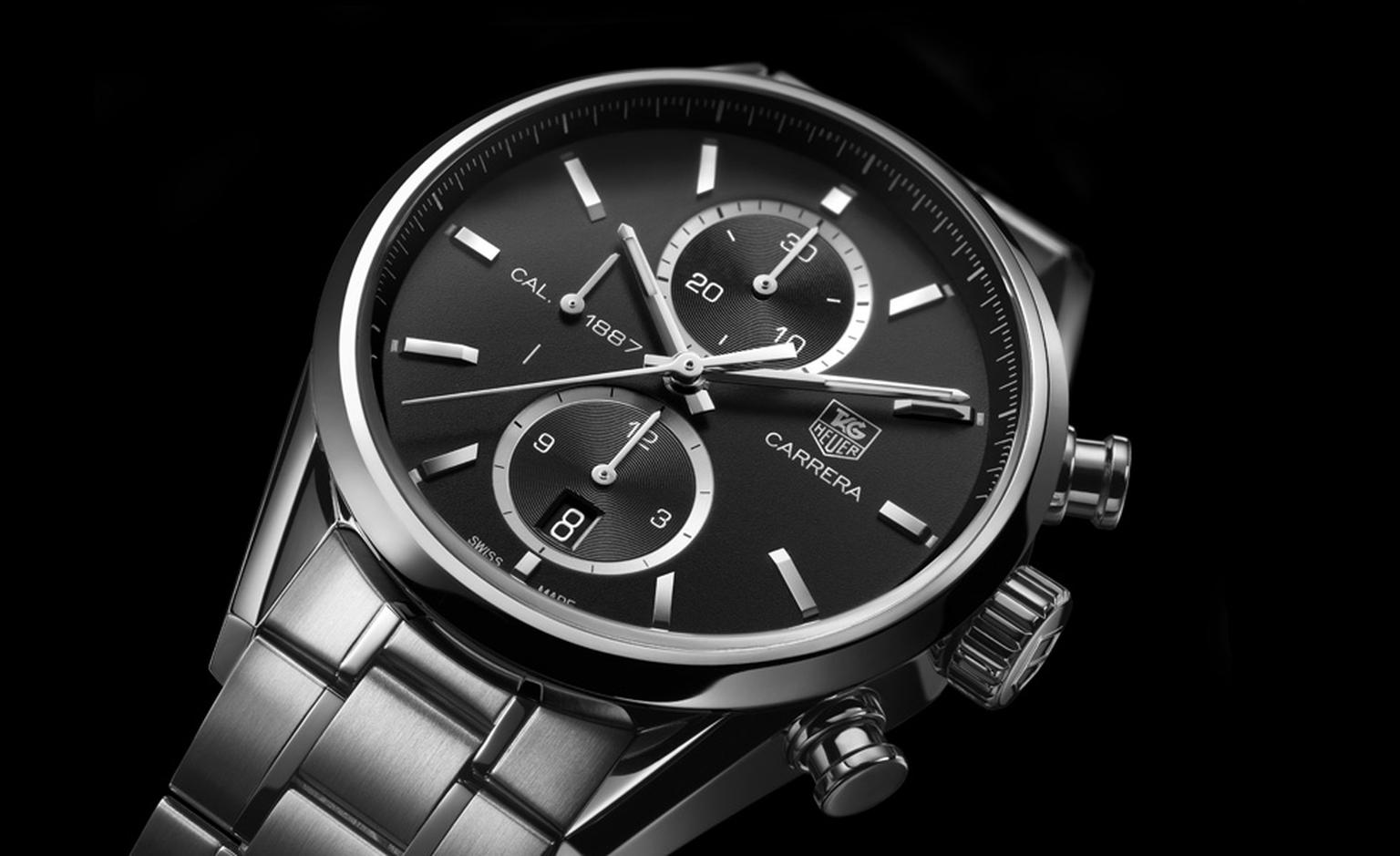 TAG Heuer, that first started making chronographs in 1860, has once again been recognised for its pioneering work in timekeeping. The Carrera 1887 Chronograph has been awarded the "Petit Aiguille" Watch of the Year Award at the prestigious Grand Prix de l'Horlogerie in Geneva on 14 November 2010. The new Carrera 1887 is an integrated column-wheel automatic chronograph and the movement has been developed, produced and  assembled at TAG Heuer's ateliers in Switzerland. It is named for the 1887 pocket watch that first featured the patented oscillating pinion invented by Edouard Heuer. The pinion that is a "clutch" system for the chronograph function also has a column wheel to coordinate the smooth operation of timing functions. The automatic movement with some 320 components has a 50 hour power reserve and it vibrates 28,800 times an hour, making it a very precise timekeeper. It also means that it ticks faster than a normal watch. President and CEO of TAG Heuer, Jean-Christophe Babin collected the "Petite Aiguille" prize in Geneva and said: "This is great victory for TAG Heuer, and for our Honorary Chairman Jack Heuer. Jack is the creative genius behind so many of our icons, among them the Monaco, the Silverstone and, of course the Carrera. He designed the first Carrera in 1964 and has overseen every new generation since. This new version celebrates that legacy. It's a "Grand Classique" re-invented for TAG Heuer's 150th Anniversary, faithful to the original in design and spirit, but with a radical new "engine" - the Calibre 1887 - which turns it into a 3rd Millennium chronograph in terms of size, quality, performance and accuracy." One of the most evocative names in the TAG Heuer stable is the "Carrera" originally designed by Jack Heuer, great grandson of the founder of this house. It is named for the Carrera Panamericana, Mexico that conjures up images of tough men behind the wheels of big cars roaring around blind corners in a cloud of dust through the rugged Sierra Madre, south of the border. Jack Heuer chose the  name for this high-performance precision instrument as he was fascinated by this notoriously difficult 1950's race, or carrera, as it is called in Spanish. The round Carrera with its clear sub-dials has become something of a badge amongst racing fans and speed junkies. The dial of the new version recalls the dashboard counters of classic race-cars in the 1950's. Its function-led design makes this a practical and lasting choice for anyone with more than a passing interest in the world of speed. Jack Heuer's aim was to clear to dial of uneccesary clutter and was inspired by the minimalist design of the time. Swiss watch house TAG Heuer and racing cars have long been associated. Precision chronographs, dashboard instruments, racing-driver ambassadors and Formula 1 timing have all brought the thrill of racing to the brand. The Carrera, and sister watches the Monaco and Silverstone chronographs all relate to cult moments in the world of high-performance cars and are about as close as you can get to strapping a piece of motoring history on your wrist. TAG Heuer's history with speed goes back a long way. In 1911 the company, then known as Heuer, launched the "Time of Trip" dashboard chronograph and a few years later the Micrograph that was the first mechanical stopwatch able to time to 1/100th of a second. In the 30's the firm introduced the Autavia, the dashboard chronograph for both cars and airplanes. Today the firm has strong links with the world of racing that includes the role of official timekeeper to the Indy 500 and counts among its glamorous ambassadors Lewis Hamilton and Jenson Button. TAG Heuer will always be associated with developing the sophisticated timing systems for Formula 1 racing that brought the sport to life for spectators both at the track and watching the televised event by being able to offer accurate and up-to-date information on the timing of each car. The Carrera continues to evolve and its place in the history of chronographs is assured now that it has the prestigious recognition of the jury of the Geneva Grand Prix de l'Horlogerie to add to its accolades. 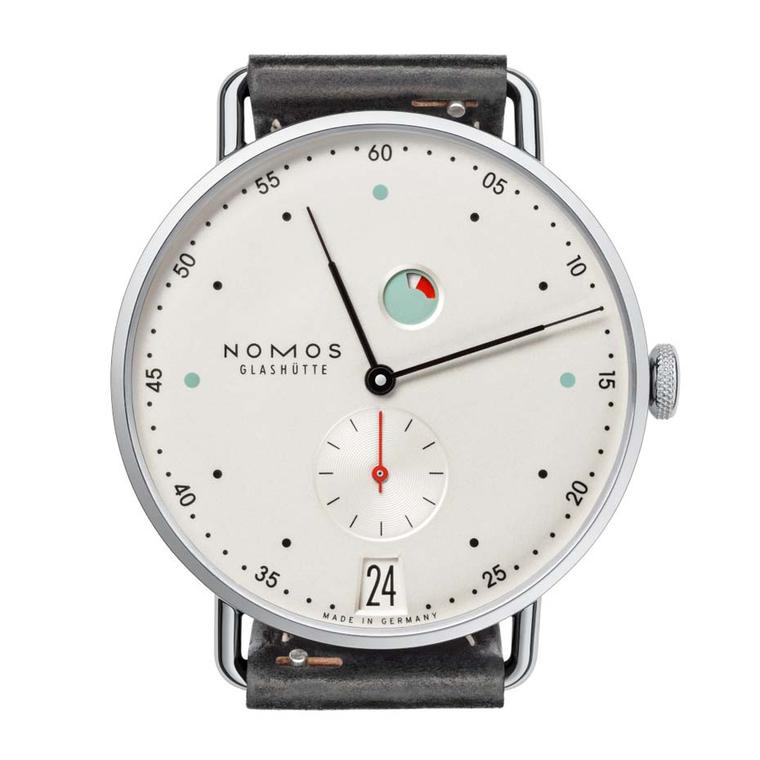 Face off: the best looking new watches for men for 2014 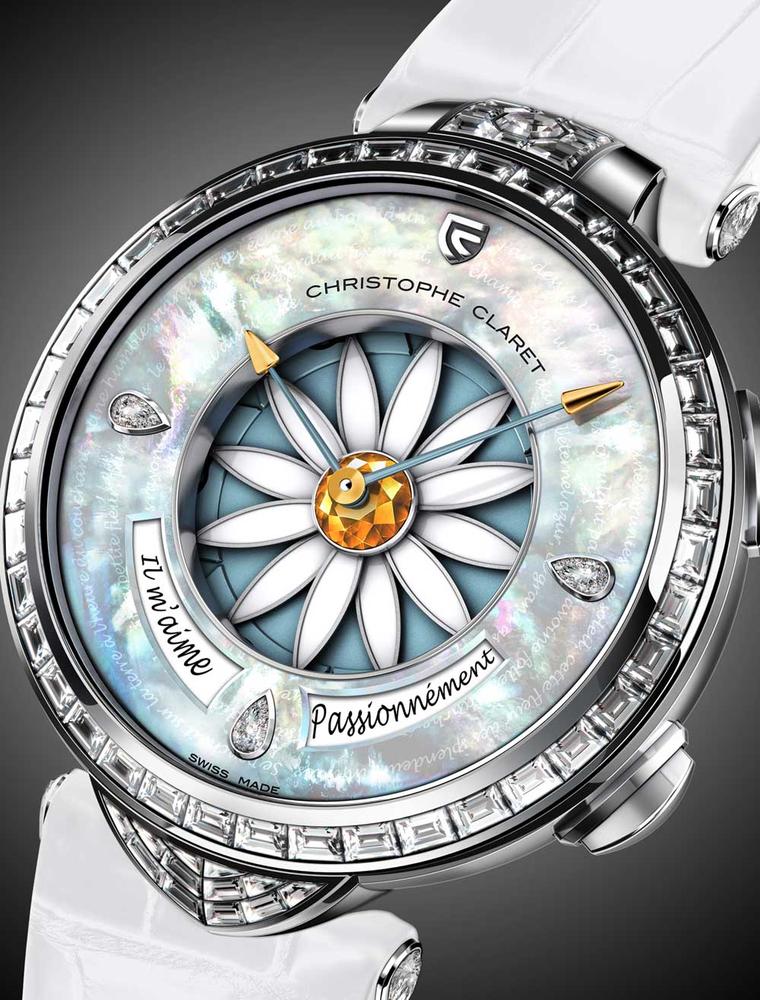 Romantic roulette: the game behind the Christophe Claret Margot watch