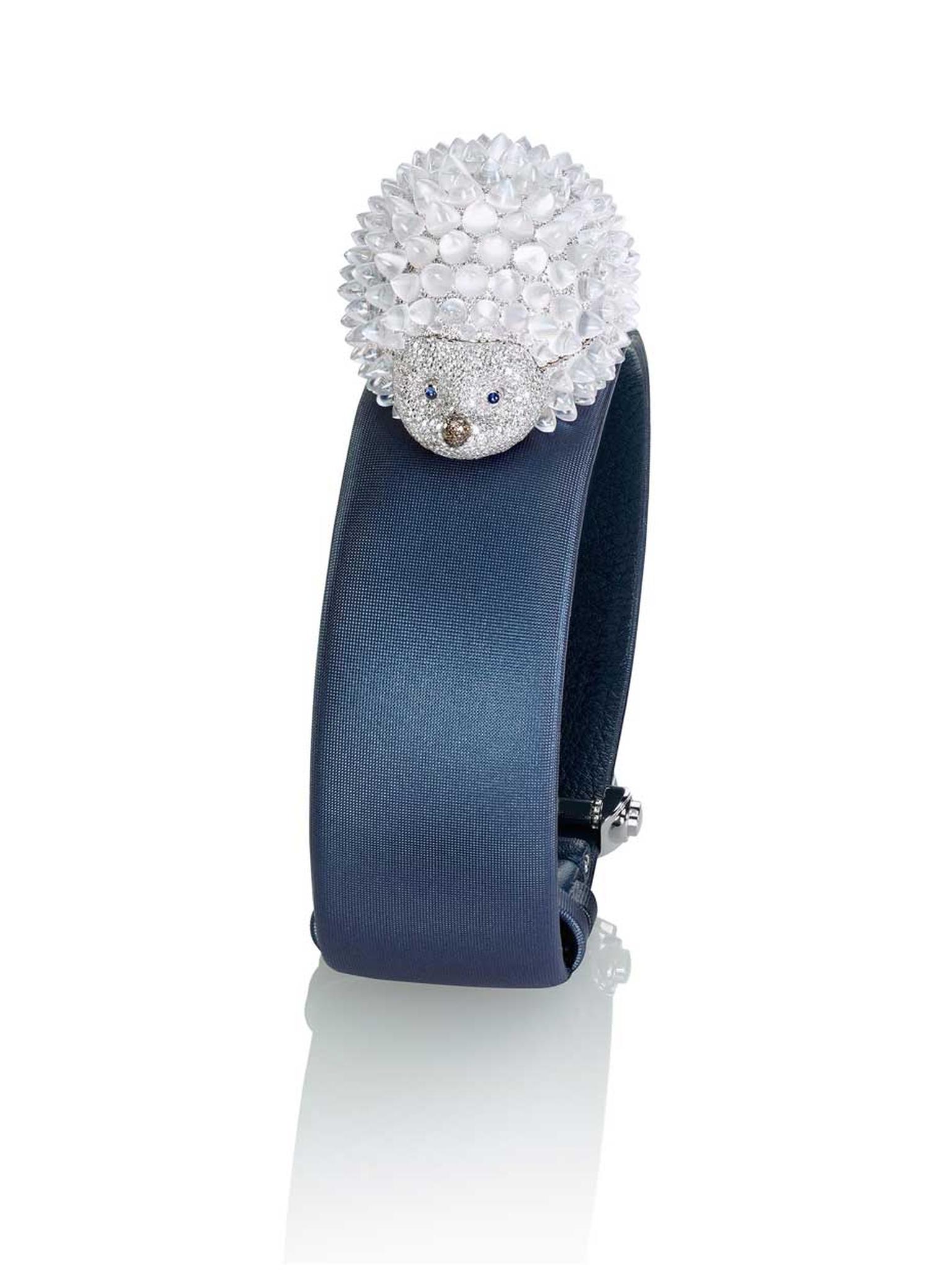 Each season, the world's wealthiest and best-dressed descend on the City of Light to enjoy a show unlike any other during Haute Couture week in Paris. Alongside the catwalk shows, which are Instagrammed in real time around the world to all the style-hungry fashionistas, jewellers have begun to capitalise on this conglomeration of influential style mavens gathered in one place, by launching new collections of high jewellery that are every bit as intricate as the couture gowns. And with the term jewellery increasingly being used to refer to that breed of ladies' watch that is as much a piece of jewellery as a reliable timekeeper, this meant there was a handful of magnificent high jewellery watches to marvel at during Haute Couture week too.

Chanel recreated a tropical garden with mechanical palm trees and paper flowers for its couture show at the Grand Palais and launched a new collection of high jewellery called Les Intemporels at the same time at its Place Vendôme boutique, accompanied by a large gold lion and authentic-looking snowdrift. Composed of four mini collections, each represents an element inspired by Gabrielle Chanel. Stars and cosmic motifs, the camellia flower, ribbons and the majestic lion all feature in the new collection, with two delightful diamond watches included among the jewels.

The diamond watch in the Ribbon collection, crafted in white gold and set with 292 brilliant-cut diamonds, features a drop-shaped mother-of-pearl dial attached to one end of a diamond ribbon. At the other end, a double bow of diamonds attaches itself gracefully to the wrist. The Voie Lactée (Milky Way) watch from the Comète collection features a miniature galaxy composed of 109 brilliant-cut diamonds, a shooting star, and two Japanese cultured pearls orbiting the carved mother-of-pearl dial.

For the first time, Chopard was in attendance in Paris as a new "jeweller" member of the select Fédération Française de la Couture. Showcasing some of its most recent high jewellery creations, Chopard did not overlook its solid watchmaking tradition and presented a delightful diamond watch in the form of a hedgehog. Part of the Animal World collection, the hedgehog protects the pavé diamond dial with its armour of moonstone quills. By opening the cover on this secret watch, a baby hedgehog reveals the time.

Bulgari's latest high jewellery collection, Mvsa, is a tribute to the artistic Muses of Ancient Greece and a celebration of the Roman jeweller's 130th anniversary. Daring combinations of coloured gemstones stand out in this captivating collection, which reintroduces the Tahitian (Takhti) gemstone cut, originating from the aesthetics of the Mughal Empire. Like the cabochon, the pebble and the sugarloaf cut, the Takhti cut has no sharp corners and exudes a decidedly feminine appeal.

There is something wonderfully oriental and ornate about the Bulgari watches featured in the collection. One model in rose gold features a ruby heart stone dial and a fabulous bracelet set with mother-of-pearl, 350 brilliant-cut diamonds, 56 buff-top amethysts, 4 Takhti-cut amethysts, 20 triangle-cut rubellites and 2 Takhti rubellites.

Two other high jewellery watches from the Mvsa collection attest to Bulgari's fabulous combinations of gemstones, pairing amethyst and turquoise in one model, and blue sapphire and pink sapphire in another, both offset with white diamonds. 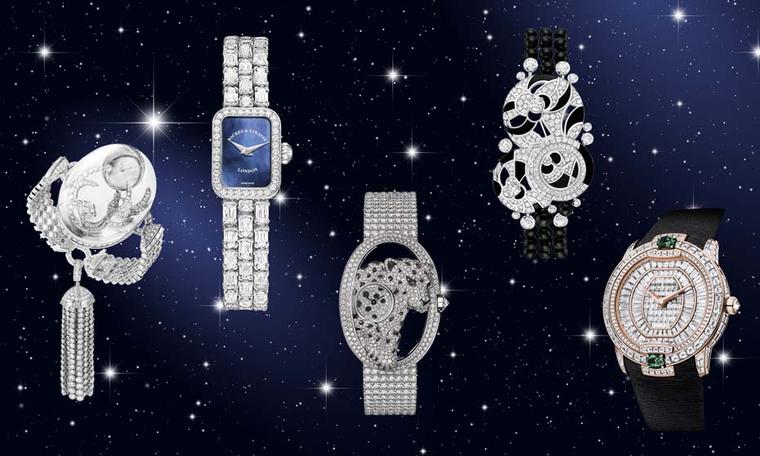 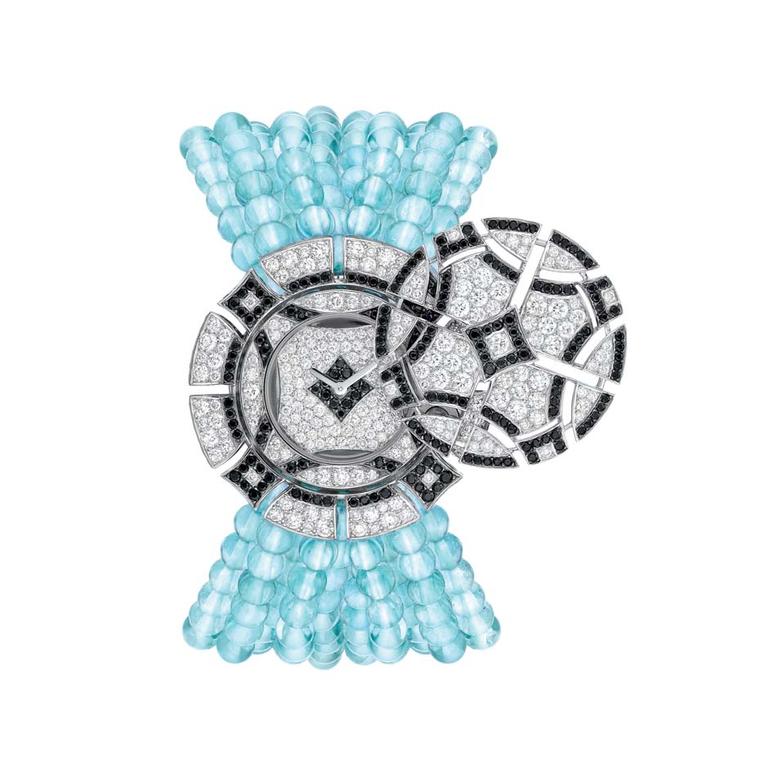 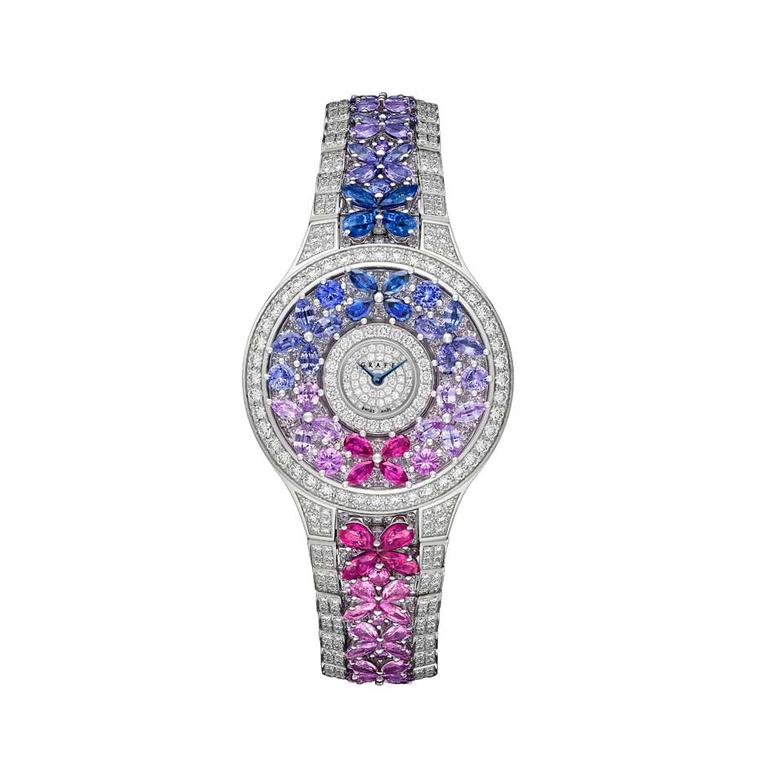