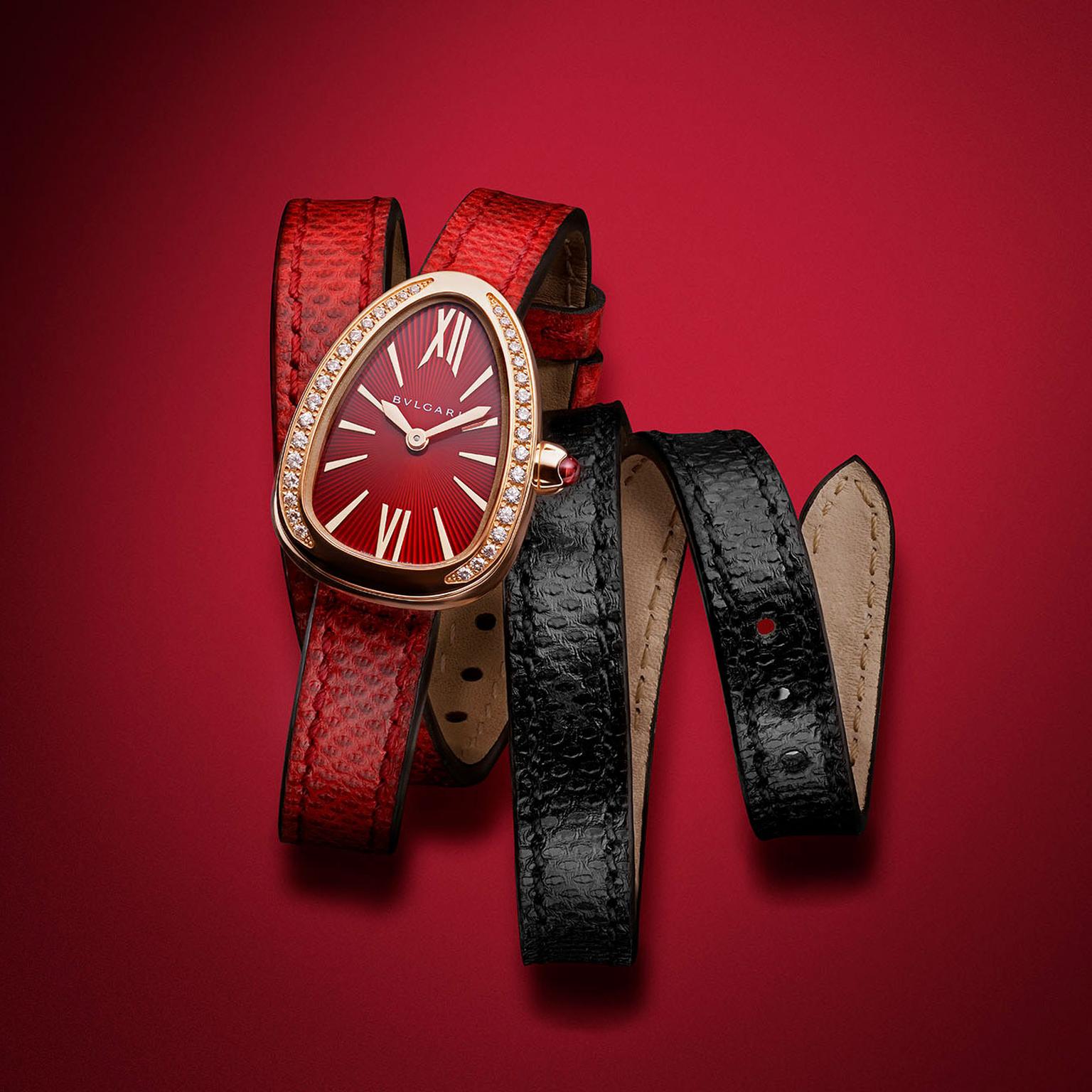 Bulgari encapsulates the concept of Italian luxury, with creations characterised by indulgent colours, sensual forms and a dash of drama. And nothing captures this spirit quite as well as the seductive Serpenti collection, Bulgari’s iconic mascot since the 1940s, inspired by the sinuous form of a snake.

The most recent metamorphosis of the Serpenti is right on cue with the current trend for customisation. With a new selection of five exotic, interchangeable double wrap-around straps, the Serpenti can shed its skin as many times as its owner sees fit.

In keeping with the reptile’s true nature, the new straps are made from Karung, the skin of a non-venomous water snake much appreciated for its small scales and suppleness. Following the tanning process, the snakeskin becomes extremely soft and smooth to the touch and is in turn dyed with natural pigments to complement the vibrant colours of the dial.

Available in 27mm pink gold or stainless steel cases, with or without brilliant-cut diamonds on the bezel, the new Serpenti comes with different coloured dials ranging from mother-of-pearl and black lacquer to sunburst guilloché patterns and rich greens and reds.

To change the strap, Bulgari has developed an easy-to-use fastening system that even a child could master, giving its owner maximum liberty to personalise her watch.

Taking customisation one step further, clients will be able to choose the material of the case, explore gem-setting and engraving options, select the colour of the dial and even visualise the Serpenti’s transformation with an app designed by Bulgari.

Fusing the majesty of imperial Rome with Italians’ love of colour and sensuality, Bulgari expands its LVCEA watch collection this week at Baselworld with a tourbillon and a Moon phase complication.

Launched in 2014 with an advertising campaign featuring Carla Bruni, LVCEA pays tribute to the sundials of antiquity. The collection derives its name for the Italian word luce, meaning light, and is characterised by generous round cases punctuated by a feminine pink cabochon stone in the crown.

The stone dials of the LVCEA tourbillon models reflect Bulgari’s flair for the use of voluptuous, bold colours. Looking at the green and purple dials, I am reminded of the precious purple porphyry and variegated green marble columns adorning some of the most emblematic temples and palaces of ancient Rome. Framed by a 38mm gold case with a diamond-set bezel, the green dial is crafted from precious jade while the purple one is ruby.

Occupying the lower half of the dial is the tourbillon complication gracefully completing its hypnotic revolutions. The automatic movement powering the hours, minutes and the tourbillon with a sturdy power reserve of 64 hours is made entirely in-house at Bulgari’s dedicated manufacture in Switzerland.

The LVCEA Moon Phases models also house a sophisticated automatic movement capable of tracking the waxing and waning of the Moon with absolute precision. Presented in white or pink gold, the Moon is realistically depicted, with craters and transits against a dramatic night sky, crafted in hard ruby stone or rich blue aventurine. Picked out in diamonds, the hour markers scintillate like stars while the mother-of-pearl dial provides a wonderful cloudy backdrop.

PREVIOUS TOP 5 Watches from day two at Baselworld NEXT INTERVIEW Rocking the red carpet: the secret to celebrity success 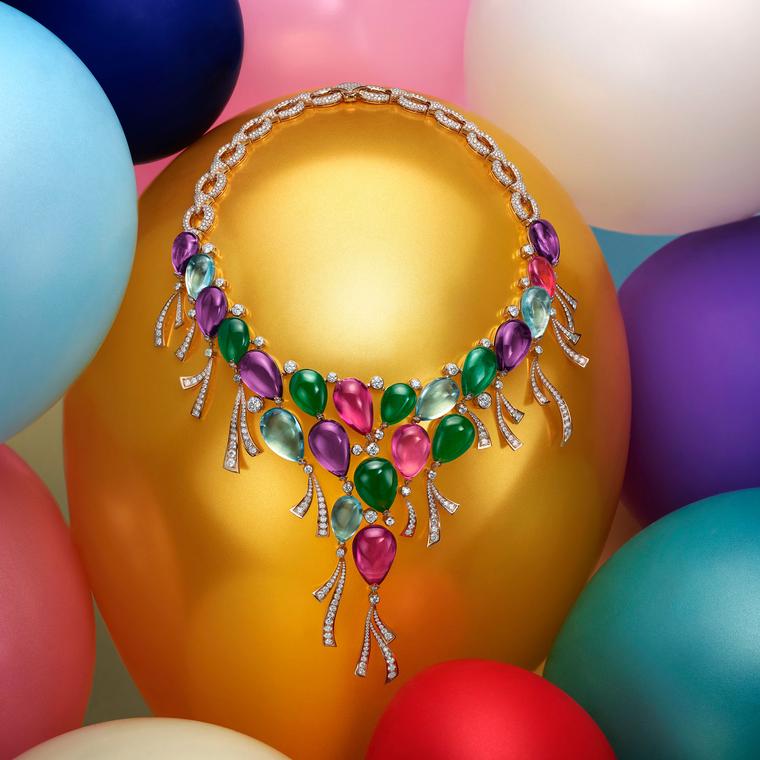