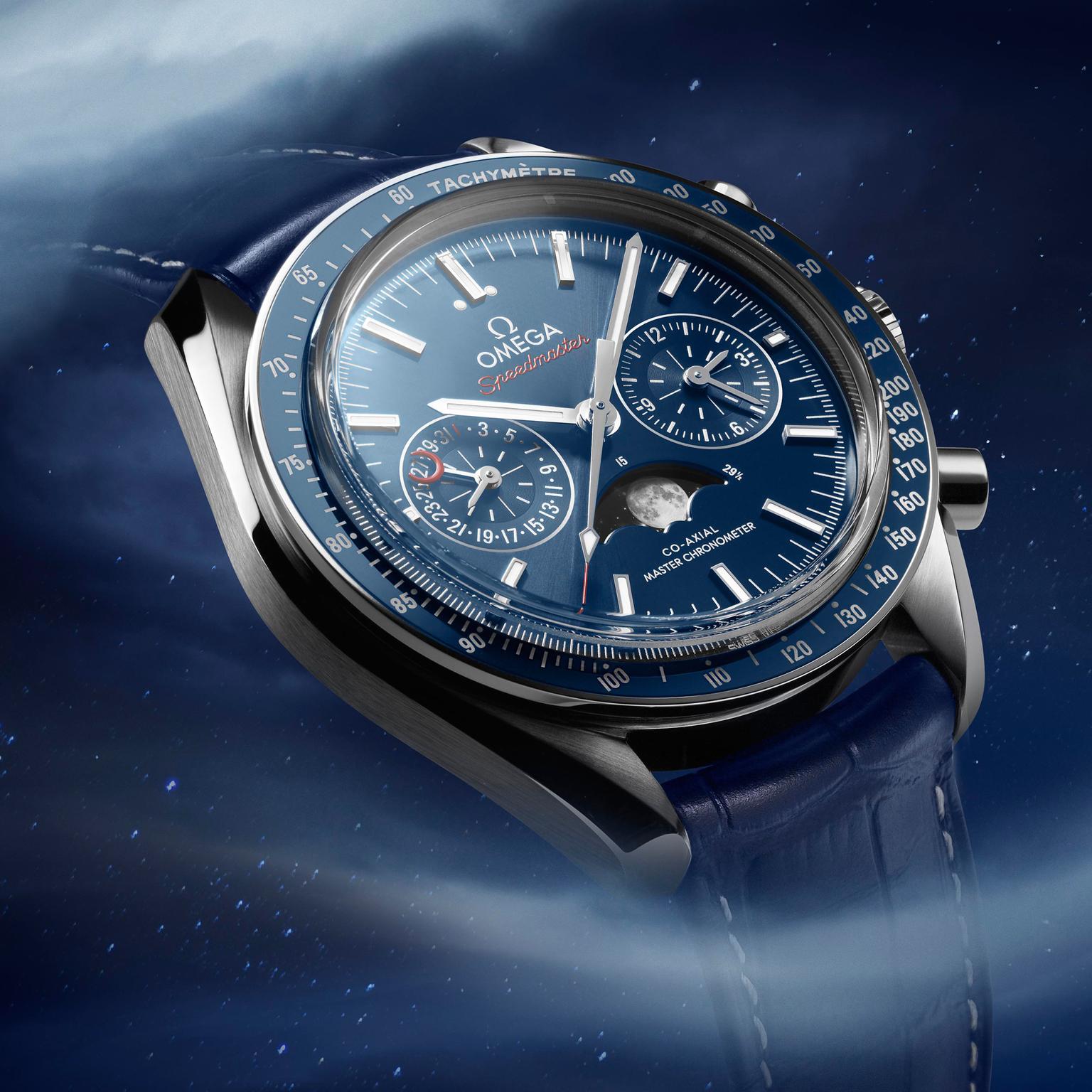 In a rare lull before the watch hunting season is officially declared open for 2017 with the inauguration of the SIHH watch salon in Geneva, it’s a good moment to look back on some of the highlights that made 2016 such a fascinating year for watch lovers.

Although it seem eons ago, 2016 was an Olympic year and Omega, the official timekeeper, dominated the scene with its thematic collector’s watches, eclipsed in part by an unexpected gold medal moment for watch brand Richard Mille. As South African sprinter Wayde van Niekerk set a new 400m world record at the Olympic Games in Rio, beady-eyed watch fanatics zoomed in on his wrist, where they spotted a timepiece on a bright orange strap that looked uncannily like a watch worn by tennis ace Rafael Nadal. The news went viral, and watch blogs worldwide raced to confirm the news that Wayde van Niekerk was indeed running to glory with a Richard Mille watch on his wrist.

The revival of all things vintage was in full swing in 2016 as golden oldies rejuvenated the watch scene. Icons of yesteryear like TAG Heuer’s 1976 Monza watch, pictured, designed to celebrate Niki Lauda’s first world championship with Ferrari, was reedited to the delight of TAG fans and won the coveted GPHG (equivalent of the Oscars for watches) Revival Watch Prize.

Rolex surprised fans this year with the re-introduction of its Oyster Perpetual Air-King model, below, a popular aviator’s watch of the 1950s that bears witness to the brand’s historic aeronautical ties. Given their resilient nature, Rolex watches accompanied the 1933 Houston Expedition as it made the first-ever flight over Mount Everest at an altitude of more than 10,000 metres.

To celebrate the occasion, Patek released two limited-edition Nautilus models, one in white gold, the other in platinum, presented in an exact replica of the original cork box that housed the very first 1976 Nautilus watch, which was designed by Gérald Genta.

A moon lands on the Speedmaster

Omega’s legendary Speedmaster Professional, below, the watch that touched down on the surface of the Moon on board Buzz Aldrin’s wrist in 1969 and became known as the ‘Moonwatch’, finally got its very own moon in 2016. The Speedmaster Chronograph Master Moonphase was equipped with a moon phase indicator, faithfully replicating the pitted surface of the Moon and the footprint of an astronaut.

A striking victory in the war for thin

The battle for ultra-thin watches wages on and even proponents of XXL girths like Panerai surprised us with leaner silhouettes. Bulgari takes the cake this year, however, with its handsome legion of Octo watches, which conquered yet another victory with the Octo Finissimo Minute Repeater.

Fitted with a movement that is just 3.12mm in height, Bulgari’s minute repeater has the honour of being the thinnest complication of its kind on the market. Housed in a titanium case, the numbers on the dial and the perimeter of the small seconds counter were cut out to optimise the sound.

Chanel pulled an elegant rabbit out of its chapeau last year with the unveiling of its first men’s watch. The ever-popular J12 has played it both ways for decades and even the Boy.Friend has certain masculine traits, but the Monsieur de Chanel watch in beige gold is unequivocally masculine and the proud recipient of Chanel’s first in-house mechanical movement.

With a classy retrograde minute display fanning out in a 240º arc and a jumping hours display, the watch is as beautiful on the reverse side, where parts of the movement have been blackened for greater visual impact.

Polo back in play

Quite unlike its 1979 Polo ‘ultra-thin gold watch bracelet’ predecessor, immortalised by Urusla Andress at the 1980 World Polo Cup in Palm Beach, Piaget’s new Polo S collection is positioned to become the brand’s new luxury sports watch for men.  The first all-steel watch collection, the Polo S (for steel), is retailed at more competitive prices and hopes to attract a new generation of customers to the brand. With its vibrant blue dial – a trend that will be carried over into 2017 – the cushion-shaped case is equipped with Piaget’s 1160P automatic chronograph calibre.

Skeletons out of the closet

The passion for total transparency and skeletonised watches has not abated and practically every watch brand under the sun has pursued some kind of striptease to lure in fans of the genre. Louis Vuitton has firmly proved that its watches are not mere fashion accessories and secured the prestigious Geneva Seal for its magical Flying Tourbillon watch. A relaxing sense of weightlessness and levity, created by the vertical alignment of the movement, provides an open stage for the mesmerising rotations of the skeletonised flying tourbillon.

Divers were well catered to in 2016 with fun, acid-coloured dive watches from Ulysse Nardin, Audemars Piguet and Omega.

My personal favourite, however, was the Ressence Type 5 Dive watch. Inspired by the silhouette of a sea turtle, this astonishing underwater companion, which meets the official ISO 6425 standard for dive watches, combines contemporary graphic design and mind-blowing mechanical solutions to indicate the time without hands at depths of 100 metres.

World timers in every corner of the globe

World time watches were big in 2016. Displaying the time in 24 cities at a glance, they are undoubtedly one of the most useful travel companions for today’s globetrotters. Or jet-setters in the case of Patek Philippe’s Ref. 5230 World Time, below, the new model that will replace the brand’s famous Heure Universelle watch after 80 years in the limelight. With up-to-date city names and a stunning hand-guillochéd woven pattern in the centre of the dial, the time is set via a pusher at 10 o’clock. 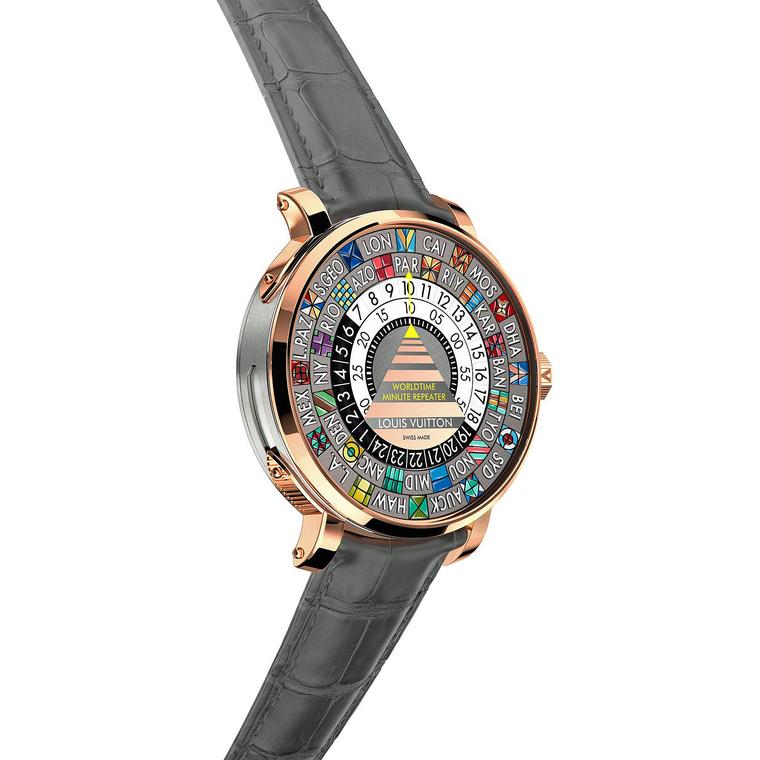 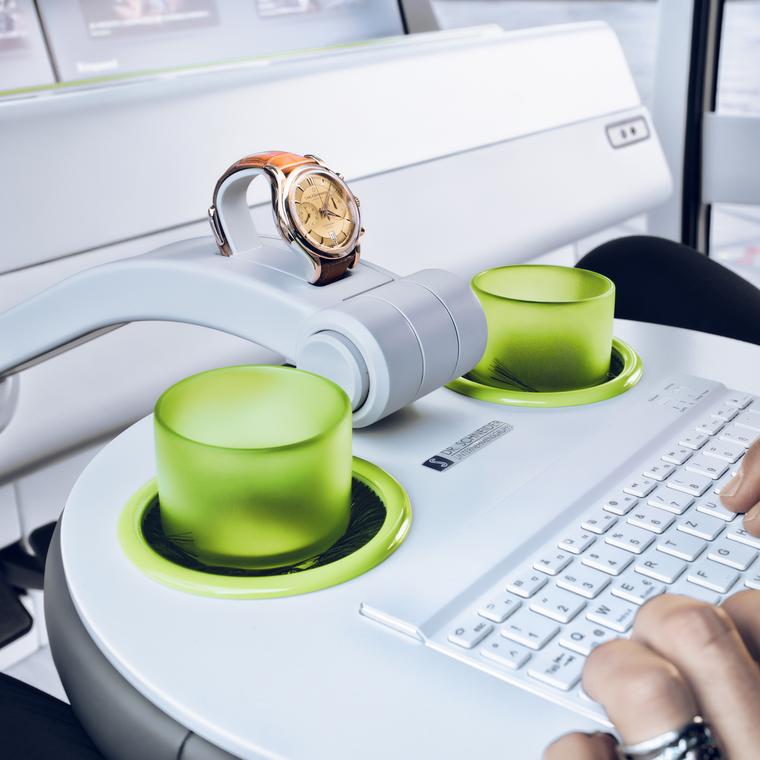 Back to the future with Carl F. Bucherer