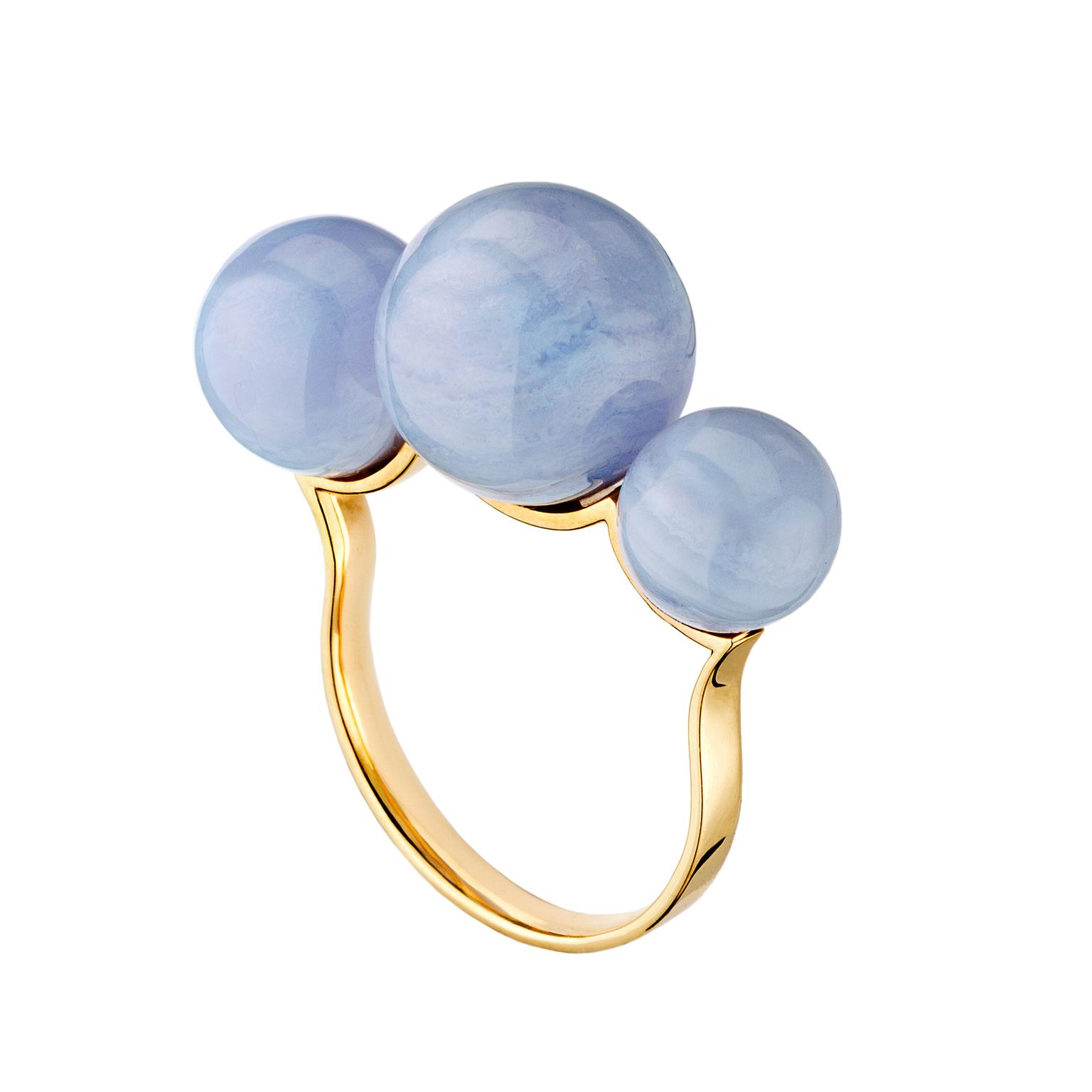 With its pastel hue and smooth, chalky texture, it’s no wonder that jewellery designers have fallen in love with the gemstone chalcedony. The fact that Pantone chose a tranquil blue, which is almost identical to chalcedony, as one of its Colors of the Year for 2016, alongside rose quartz, has further boosted the appeal of this pretty stone.

With a name that is most likely derived from the Greek port of Chalcedon, the gemstone’s use in fine jewellery can be traced as far back as the ancient civilisations of Greece, Egypt and Rome. In addition to the blue chalcedony that we are seeing featured in so many contemporary fine jewellery designs at the moment, the stone also comes in other hues including white, lavender, grey, yellow and pink.

The aptly named Violets are Blue chalcedony earrings from the Heavenly collection by American jewellery designer Erica Courtney feature two large chalcedony drops, and are the perfect accompaniment for a floaty summer dress with the hair tied back in a loose chignon.

For a cocktail ring that packs a colourful punch, seek out the chalcedony ring by London-based Niquesa Fine Jewellery. Set with a 30ct chalcedony cabochon, the serene colour is offset by a pavé surround of aquamarines, pink sapphires and diamonds.

The Rock ‘n Roll jewellery collection by Goshwara is full of bold, colourful pieces such as this chalcedony ring that plays on the contrast between the warm gold and the cool-hued gemstone. Designer and president Sweta Jain says: “Blue chalcedony has an inviting, soft blue translucence that gives every piece of jewellery a dreamy look. That’s why it is no surprise that more consumers are gravitating towards this palette. This ethereal tone is subtle, easy to wear, and fashionable. Not only that, but as it is fine and durable, it is perfect to create pieces such as this ring!”

The Empress ring by Portuguese jewellery brand Mimata boasts three different-sized chalcedony cabochons, in baby blue or chalky lilac, that resemble sugary sweets lined up around the finger. Designer Joana Mieiro’s love for voluminous geometric shapes, juxtaposed with delicately formed gold work, hints at her background in architecture, while each piece also pays homage to the rich cultural heritage of her home country.

Van Cleef & Arpels has captured the colour and movement of the world’s most majestic oceans in the Seven Seas high jewellery collection, which rolled in on a wave of precious gemstones and a spray of diamonds last summer. Inspired by the Indian and Atlantic oceans, the Feé des Mers clip features a graceful sea fairy, with swirling strands of diamond hair gently perched on a reef of chalcedony.

New York-based designer Rachael Clark set up her fine jewellery brand Rachael SARC in 2014, creating pieces that are akin to wearable works of art. As a certified gemmologist, she has a penchant for unusual stones and cuts, often pairing these with delicate diamond pavé for an aesthetic that seamlessly merges classic and modern elements. Here, the icy blue stone is wrapped in white diamonds on a chalcedony necklace, which can be worn both long and short, depending on your mood and neckline.

With the cold, dark winter months soon to be a distant memory, the soft pastel hues of the gemstone chalcedony make it the ideal choice to usher in the new season.

PREVIOUS ARTICLE Muzo Emerald to launch its velvety gems at Baselworld NEXT INTERVIEW VANLELES: the voice of Africa on Bond Street 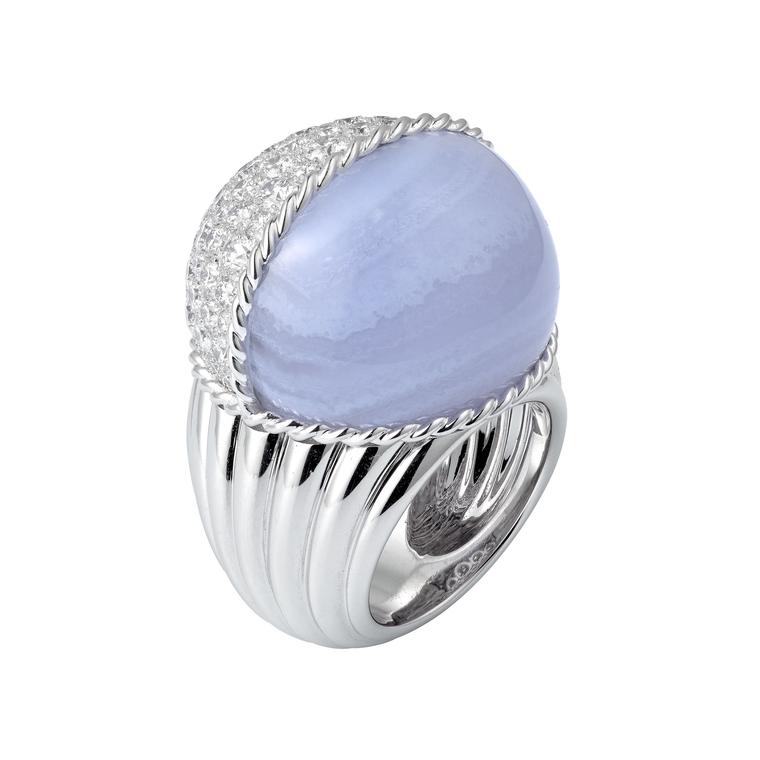 Pantone names its Color of the Year (twice) 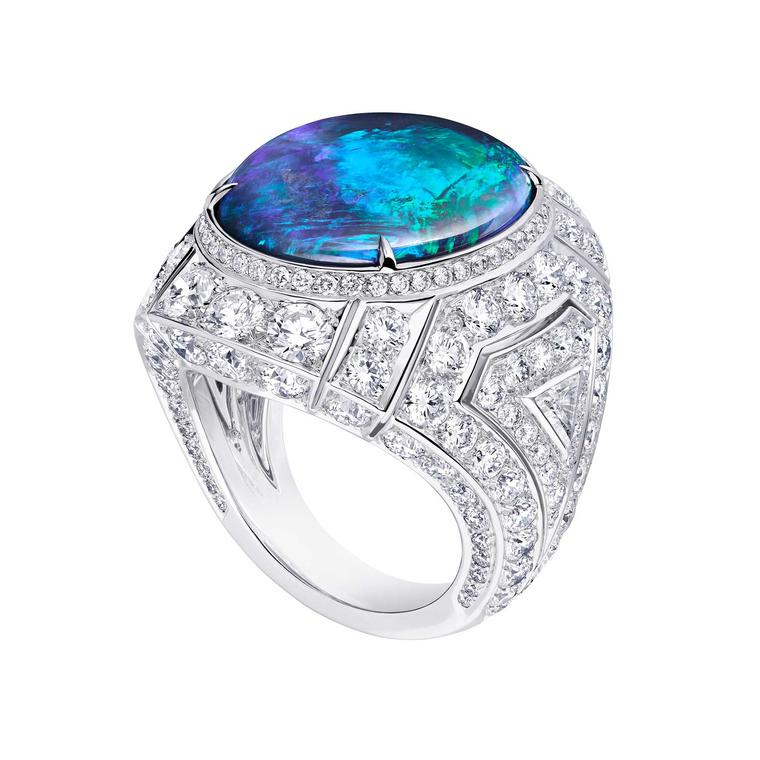 Dive into the deep blue yonder with stunning sea-inspired jewellery 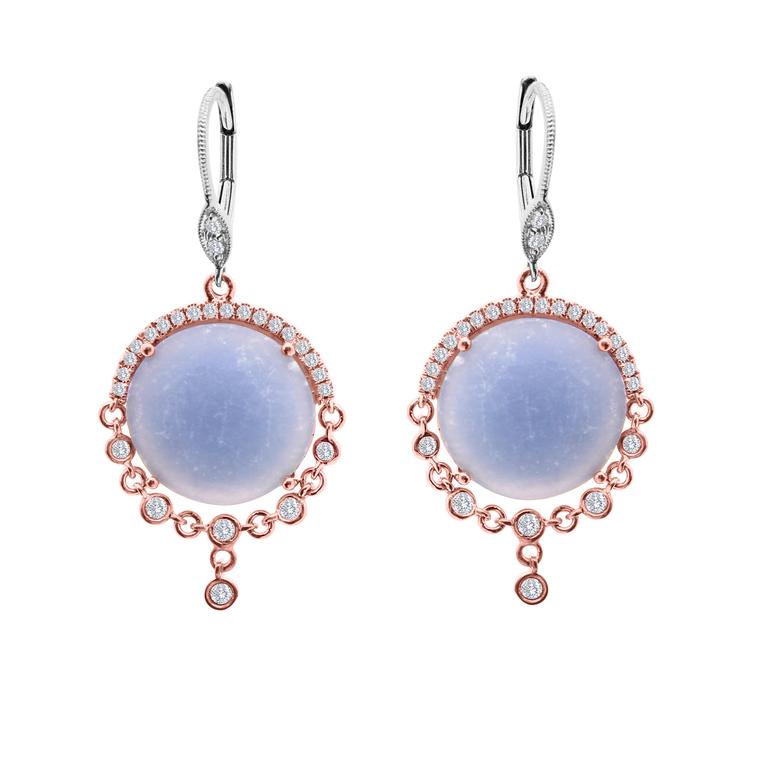