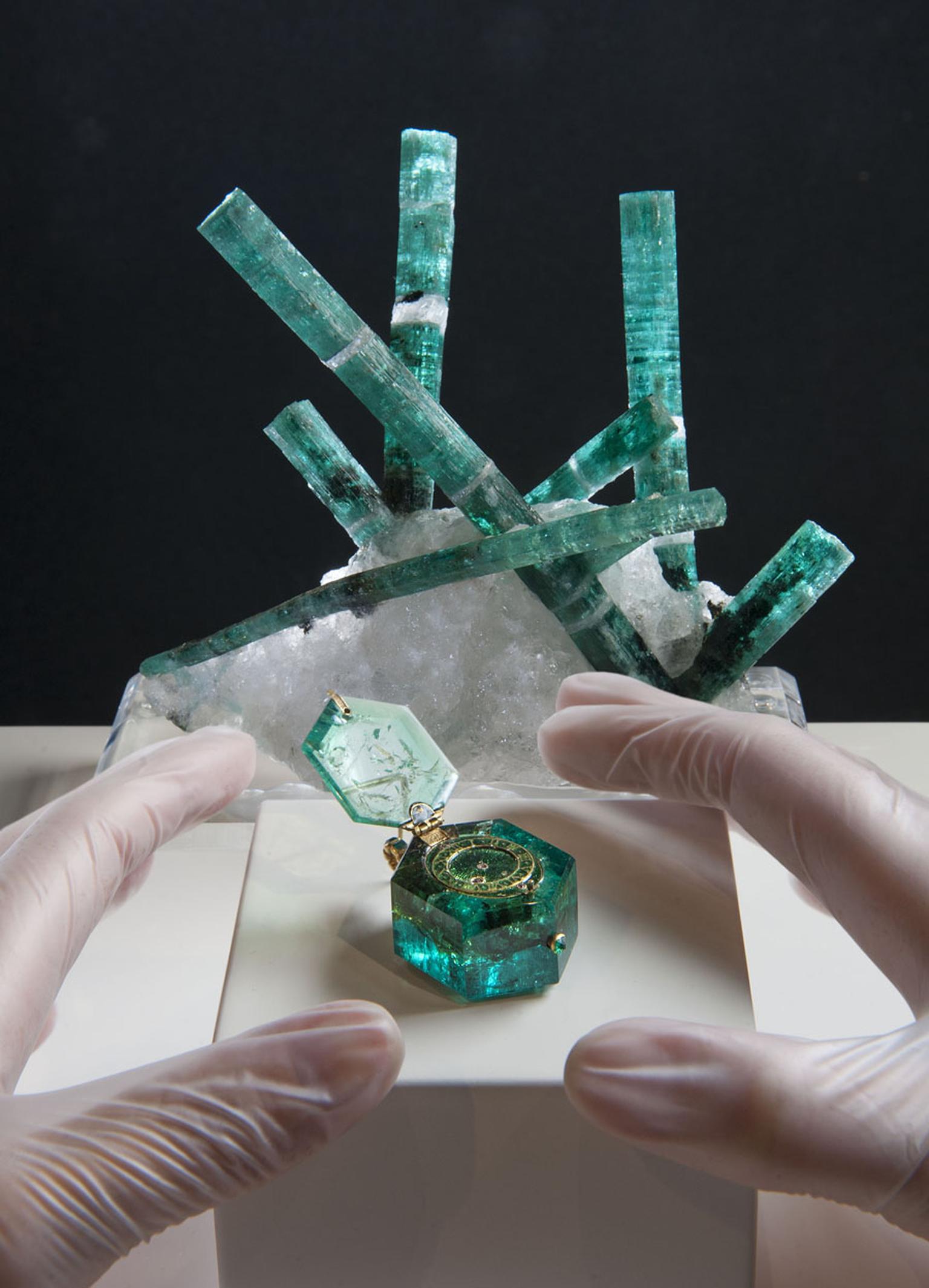 For the next six months, visitors to the Museum of London's major new exhibition, 'The Cheapside Hoard: London's Lost Jewels', will be able to cast their eye over two of the world's most spectacular emeralds: Gemfields' 'Medusa' emerald and an equally showstopping hexagonal emerald watch, which dates from the 17th century.

Hidden for thousands of years in a boulder of quartz rock, Gemfields' 'Medusa' emerald was discovered in 2008 at its Kagem mine in Zambia. It took a specialist team in America several months of delicate work to reveal the beautiful emerald crystal contained within the quartz, which displays extraordinarily large and intensely coloured crystals. Nicknamed 'Medusa', the emerald - one of the world's finest mineral specimens - has been on show to the public only once before, at the Natural History Museum last year.

The second remarkable emerald that will go on display is a priceless 350-year-old Colombian emerald watch. Buried in a cellar in London's Cheapside along with 500 other jewels and objects, the stone-cutter who crafted this extraordinary object followed the natural structure of the gemstone's crystal to help maximise the play of light within the stone, making it glow an incredibly rich shade of green. The transluscent cover was created specially so that the watch dial could be read even when the lid was closed. Though the watch sustained some damage as it lay buried, including iron staining on the lid and a slight discolouration of the emerald, no other comparable items from the time have ever been discovered, making this one of the most remarkable antique jewels in the world. Unfortunately the curators and researchers for this exhibition are unable to determine if there is a watchmaker's signature on the movement as the movement has fused together.

The exhibition, which runs from 11 October 2013 - 27 April 2014, is the first time in over a century that the Hoard, which consists of more than 400 pieces of Elizabethan and Jacobean jewellery, has been displayed in its entirety. 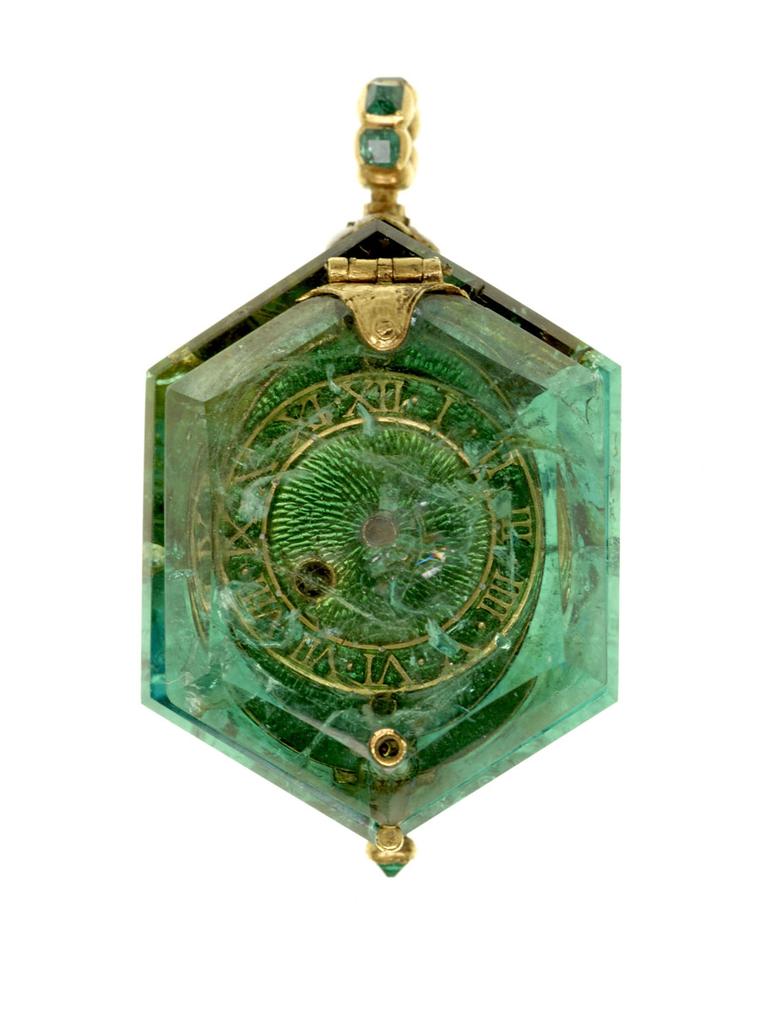 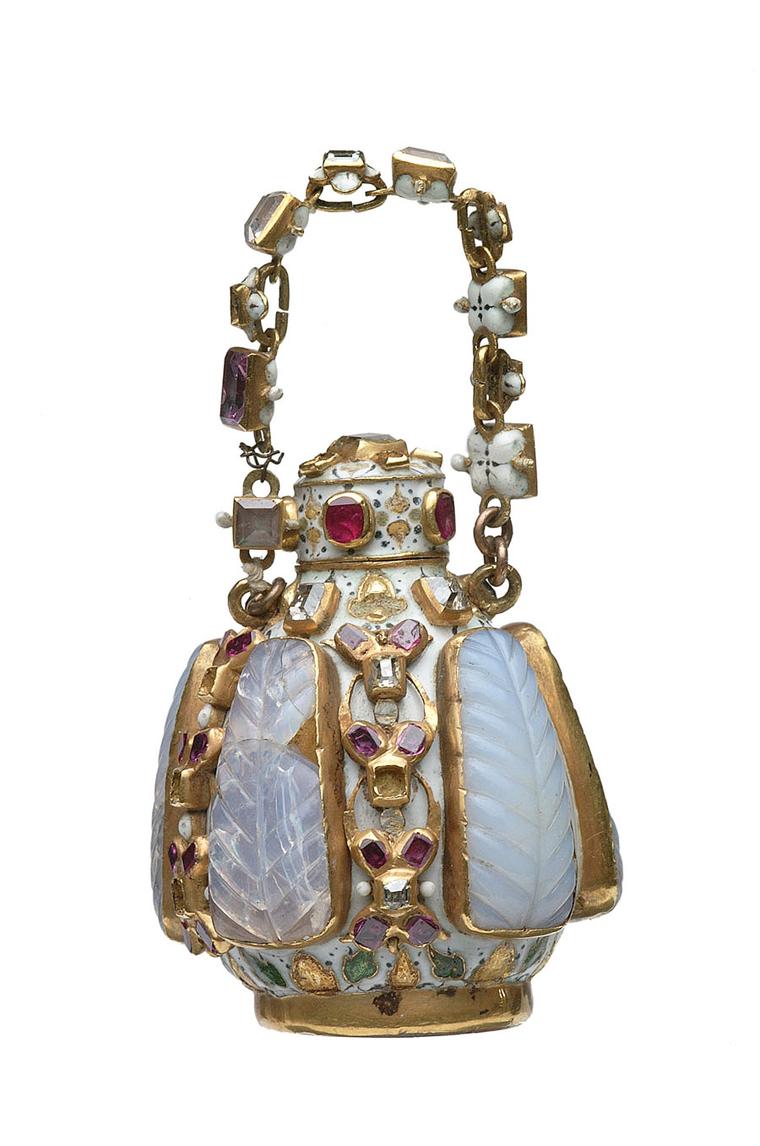 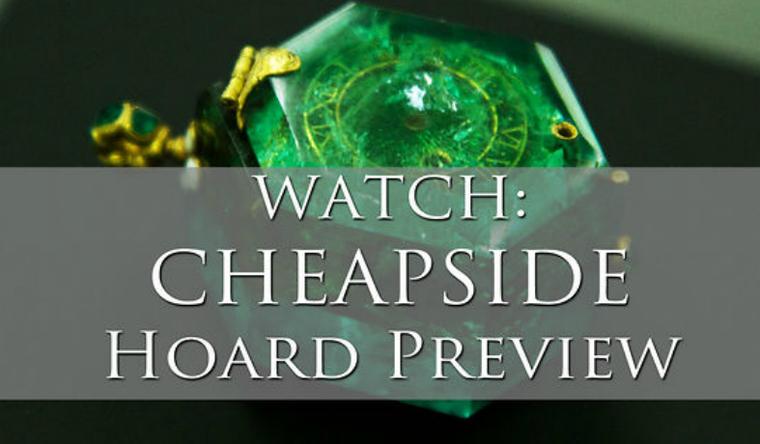