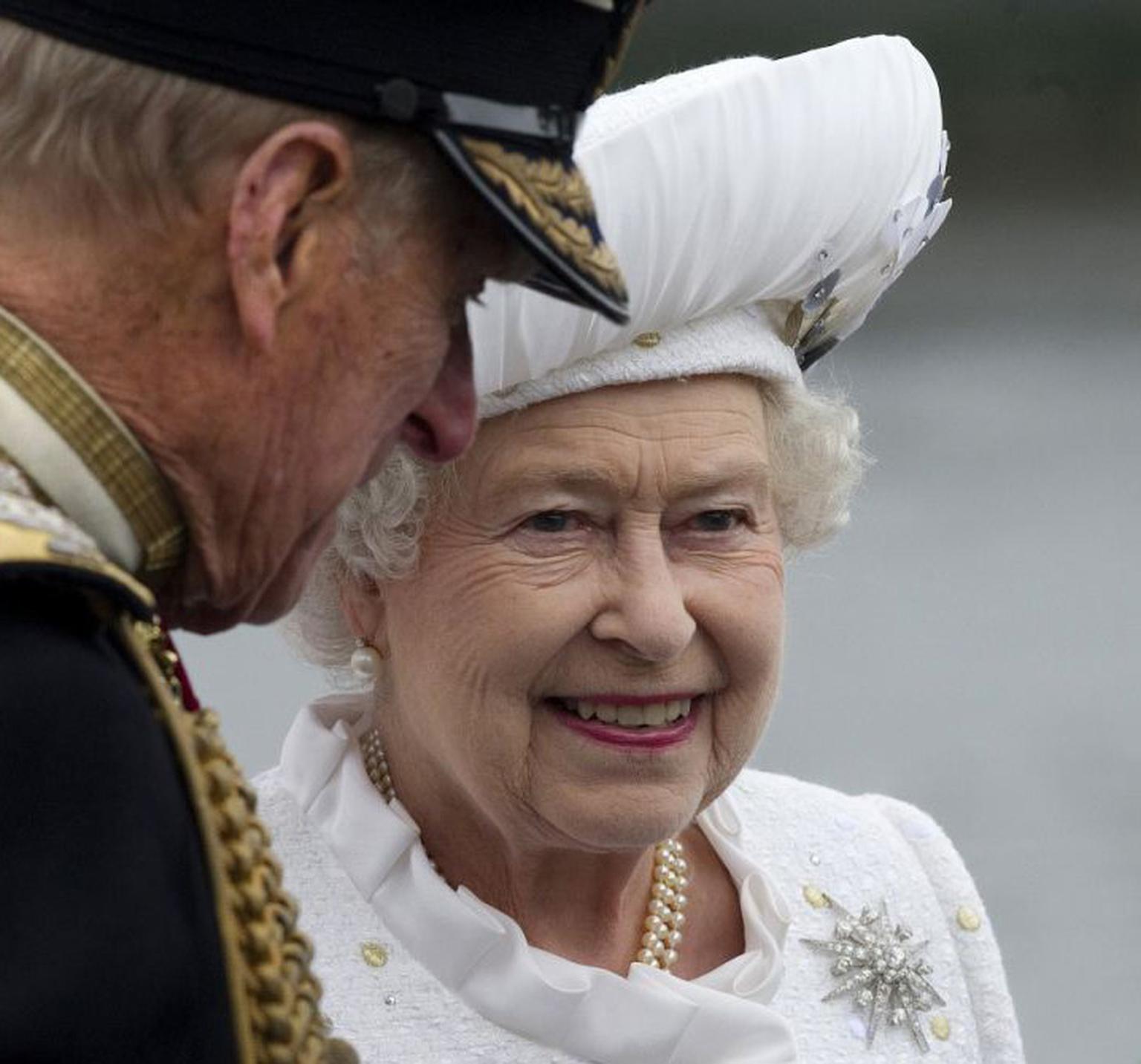 For the Diamond Jubilee Thames pageant the Queen was dressed in white with pearl and diamond jewels to match her outfit. On her coat was pinned a diamond brooch in the shape of an eight-point star with a large central diamond from the late Victorian era. It was left to the Queen by Lady Jardine in 1981 and the central stone is a diamond in a collet setting. The Queen always wears her brooches high up on her left shoulder where they are highly visible. The Queen favours hats with small brims to avoid overshadowing her face and perhaps her brooches, of which she is particularly fond.

The Queen also wore a three strand pearl necklace of which she has three and her grandmother Queen Mary's pearl button earrings. These earrings were presented to Queen Mary in 1893 on behalf of the "Ladies of Devonshire" and each has a small diamond on top. They are known as the Devon earrings and were presented alongside a pearl and diamond necklace by 650 "Ladies of England" for her wedding.

The Queen's outfit was chosen to stand out from the rich red and mauve and gold of the Royal Barge that was part of the 1000 strong flotilla that was the highlight of the Jubilee Celebrations. The outfit by couturier Angela Kelly was decorated with gold and silver discs as well as Swarovski crystals adding sparkle to her outfit. Had the sun shone, the effect would have been more resplendant than on the overcast and rainy day.

I was hoping that one of the Cullinan diamond brooches may have made an appearance on this most significant of events for the Diamond Jubilee but perhaps the Queen is saving these for another Jubilee event. I will keep my eye out for them and keep you posted.