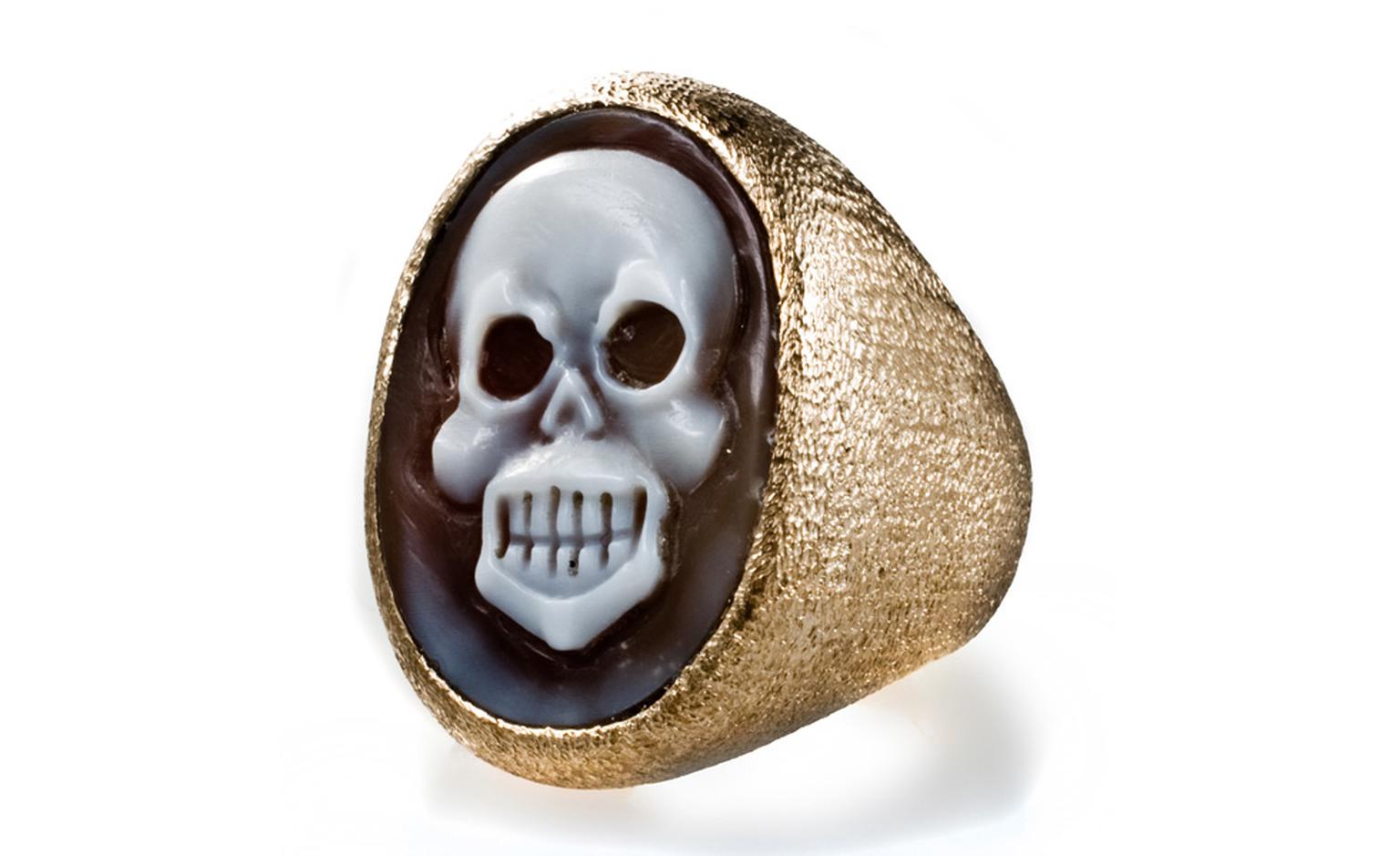 Joseph, the UK fashion boutique, has just launched an ambitious collection of jewellery in collaboration with the hot jewellery designers of the moment. The Jewellery Editor had a good look at the 14 different collections and chatted to most of the jewellers to bring you the low down on this eclectic selection of  baubles that sit happily alongside Joseph's threads. The idea of selling jewellery alongside clothes is not new but Joseph has pushed the boat out and made a bold selection of 14 designers, each very different from the other. I was at the launch party in Joseph in Chelsea and had a chance to see the jewellery and talk to some of the jewellers themselves. Carolyn Roumeguere's breezed in fresh from Mexico with her chunky ethnic chains that show her Kenyan as well as more recent Latin American influence. Carolyn has just moved from Kenya to live in the Yucatán peninsula and her work is bursting with the emotive Virgin of Guadeloupe medallions as well as African symbols. Shaun Leane presented some of his spiked, but finely honed, jewels including these very wearable bangles that remind me of 1980's glamour á la Joan Collins. A special treat that night was the chance to see first-hand the raven headpiece he designed for the late Alexander McQueen. Stephen Webster had hauled up from the deep some deeply creepy aquatic creatures for those with a slightly dark side. Webster is also Creative Director at Garrard, and his hand can be seen in the Fire of London jewels that commemorate one of London's greatest disasters. Hey ho, even the bad old days can be enshrined in jewellery. Napolitan cameo carver, Amedeo Scognamiglio himself was on hand to talk about his family's craft of carving conch shells to create three-dimensional caramel and cream coloured scenes. Beyond the traditional chubby cherubs and dainty damsels, more normally the subject of cameos, Amedeo brings us writhing serpents, monkeys and even carvings in black lava. A funkier way to wear a very ancient tradition. Carolina Bucci,  joined in the conversation about the art of cameo carving, it turns out that both these Italians with long family ties in the jewellery industry, know each other: very much the Italian way.  Hannah Martin was showing her jewels as well as the Albion Trinketry collection created in collaboration with Pete Doherty. Jessica McCormack, the edgy young London designer who does very hip things with diamonds had her spectacular 'wing' necklace glittering in a display cabinet. A far cry from the  minimalist cute of Kate Hillier's little gold wire animals. Loree Rodkin, known for her 'finger armour' articulated rings favoured by the likes of Madonna was there to show how to make medieval inspired jewels look rockn'roll. Monique Péan, ex-Wall Street girl turned ethical jewellery creator, showed her delicate pearls and shell jewels. They are sophisticated yet have an earthy echo, think Robinson Crusoe with a New York edge. And if it is the evil eye you want to ward off, then Istanbul-based Vanessa Kandiyoti has just the earrings for you, though I suspect the green eyes of envy may be trained on you if you wear these pretty sparklers.