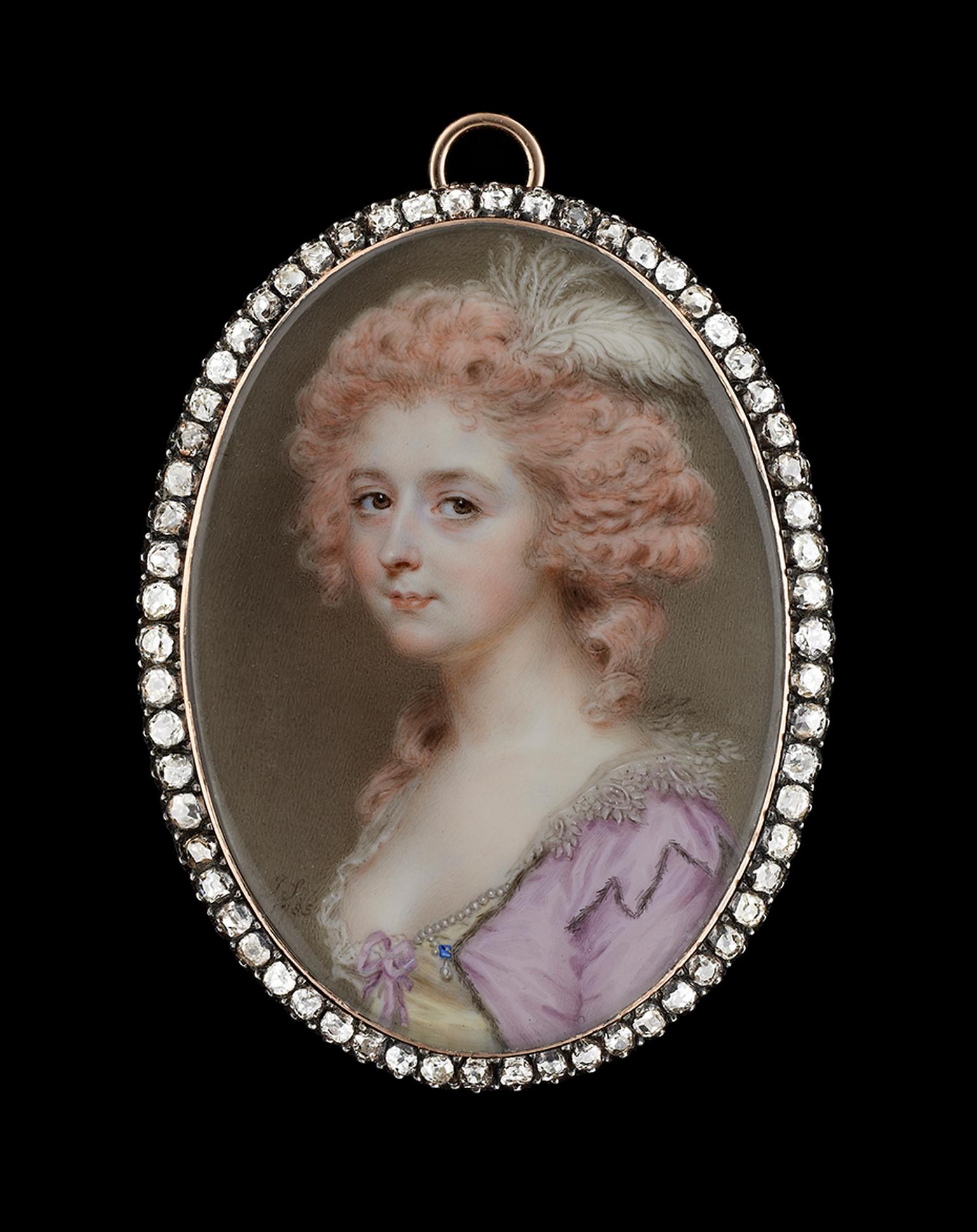 A collection of bejewelled miniature portraits by renowned Georgian artist John Smart will go on show in London next month.

The 45 miniatures date back to the 18th century and were amassed by a European collector over a 30-year period. The collection has now been brought back to Britain, where it will be displayed for the first time giving collectors a rare chance to acquire these miniature marvels.

The unique collection includes at least five pieces adorned with diamonds and gemstone casings. A diamond-edged gold frame surrounds a portrait of a lady in a blue dress, identified on the reverse as "Miss Byron", while another diamond-encrusted miniature depicts a lady wearing a dress with a jewelled pearl and sapphire clasp.

Among the notable highlights is a miniature with a diamond border of Richard Twining, a scion of the famous tea dynasty.  Another piece depicting a portrait of the daughter of East India Company chairman, Sir Lionel Darrell, was acquired by the European collector at Christie's London in 1989.

The one-of-a-kind exhibition, entitled John Smart (1741-1811): A Genius Magnified, will take place at Philip Mould & Company in London from 24 November - 9 December 2014.  It is accompanied by new research into Smart's work and life, including the revelation that the leading Georgian miniaturist was originally from London, not Norfolk as previously thought. As his work mainly depicted the wealthy merchant classes, Smart also spent 10 years in India working with employees of the East India Company.

"Smart's peers were Gainsborough and Reynolds, and although his works are diminutive in size, in his own medium he was their artistic equal," says Philip Mould. "This is the chance we have been waiting for to give this often eclipsed virtuoso the stage he magnificently deserves."

PREVIOUS ARTICLE A Gemfields emerald ring that celebrates motherhood and a good cause in Zambia NEXT ARTICLE Scary times for Halloween: watches that go bump in the night