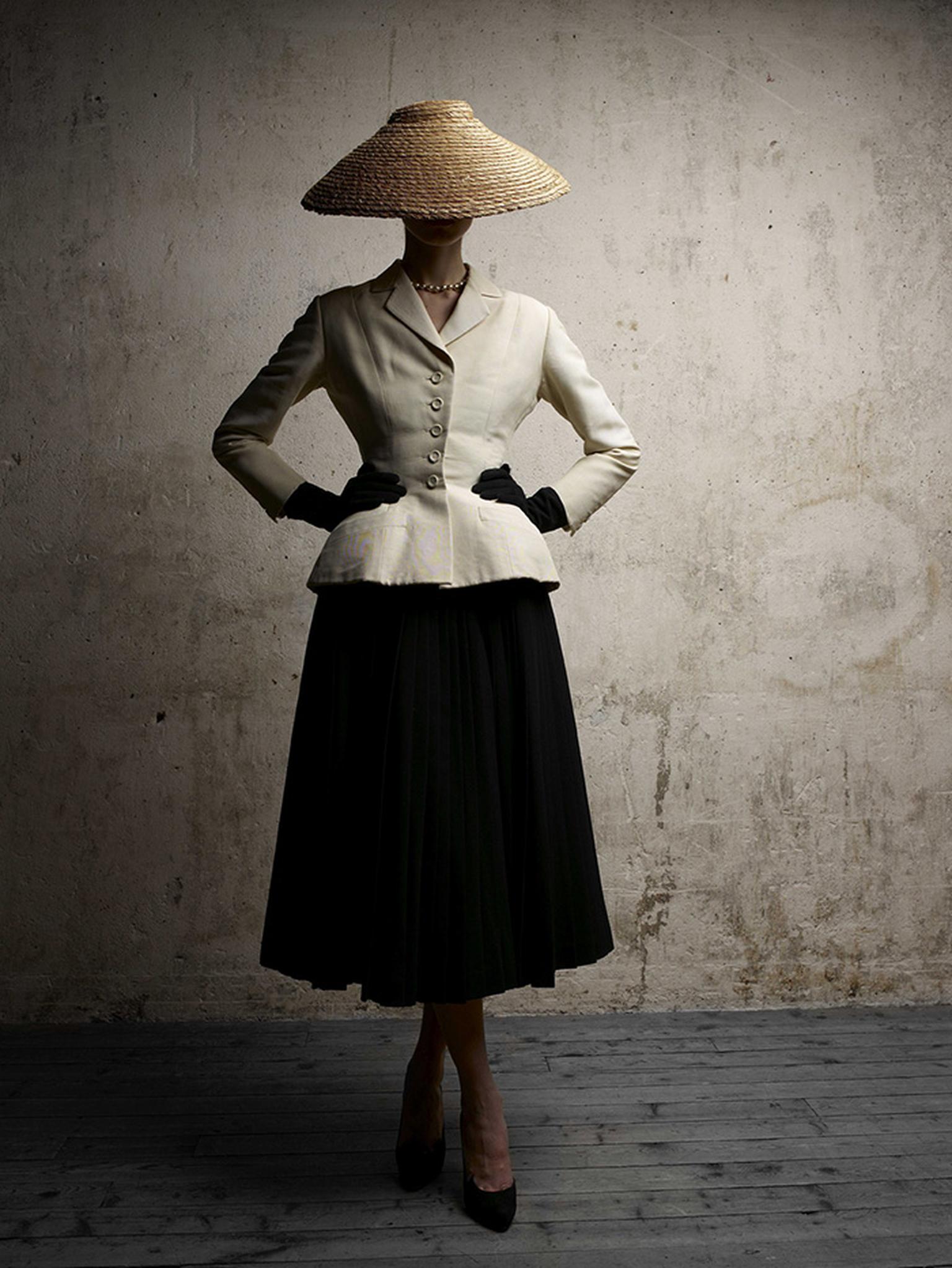 We have all heard the word 'savoir faire' or 'know how' bandied around so much that it is easy to brush it away and not give it the respect it deserves. After all, savoir faire is the very essence of luxury and particularly at the house of Dior where many very different crafts come together in creating the Dior VIII watches.

Inspired by the house's aesthetic codes and in particular the couture designs of Mr Christian Dior himself, the Dior VIII timepieces are a distillation of all that is Dior interpreted in a watch. And watch-making which is one of the crafts that demands the most precision and an awful lot of know how. And furthermore, many of the watches are also diamond set or feature dials made of slivers of rare gems and stones such as sugilite or even feathers involving another raft of skills from the stone cutter to the gem setter. For the feather-set rotor, a 'plumassier' or feather expert, of which you can be sure there are not many around, is employed. This skill is more normally found in the haute couture work shops for feathered accessories and details on the haute couture clothes.

The process starts with the designers breathing in the very air that floats through the Avenue Montaigne boutique and ateliers where the haute couture creations are daintily stitched by the seamstresses who work above the salon. Faithful to the Dior codes, the very first Dior VIII, named for Mr. Dior's lucky number 8, was all black, like his famous 'little black dress" picks up on several of Mr Dior's key designs that play with volumes as epitomised in the shape of his famous 'Bar" jacket with its nipped-in waist and exaggerated shoulders.  The pyramid 'cannage' pattern that his seamstresses meticulously picked out with invisible stitching is echoed in the origami-like pattern that appears on the bracelet of the watch and around the bezel.

Then came the Dior VIII in white, a wink to the all-white toile 'mock ups' of couture dresses that were presented to the client at the first fitting.  As with a clothes collection, there is day, cocktail and evening wear and the Grand Bal Haute Couture creations are closest to the haute couture gowns that take the breath away with their impossible lightness, grace and beauty. Each one of a kind watch captures the spirit of a gown and transforms it into a watch with references to colour, shape and even pleats and lace.

To make these flights of fancy, from a hand painted sketch from the design studios into a ticking reality, many hours of work of a wide range of skills are required. Once designed, the work is handed over to Dior's watch facility deep in the snowy Swiss mountains in La-Chaux-de-Fonds, at the very heart of the watch making tradition.

Here the many different craftsmen from dial makers to case polishers and of watch makers all focus on one aim: to make each and every Dior VIII perfect. With the more exotic variants, stone carvers capable of slicing wafer thin discs of hard stone are employed as are gem setters who work to more stringent tolerances than in the jewellery trade as the technical parameters leave little leeway for even the slightest deviance from plan. A mother of pearl dial has to be cut out from the very shell of an oyster and subjected to stringent controls to ensure it has just the right lustre and regularity and of course be perfectly flat, not something that Mother Nature always manages to provide.

Stringent quality controls mark each step of every component and of course the finished watch. The watches are tested for their resistance to impact, corrosion, water tightness and even ageing. All this savoir faire and hard work mean but one thing to the final wearer: perfection. So that all the lucky owner of a Dior VIII needs to know is that her watch has been made with the very best savior faire and that magic touch of Dior.

PREVIOUS ARTICLE Louis Vuitton: Escale à Paris and the Orangerie jewels NEXT ARTICLE Stars the world over shine in Amrapali 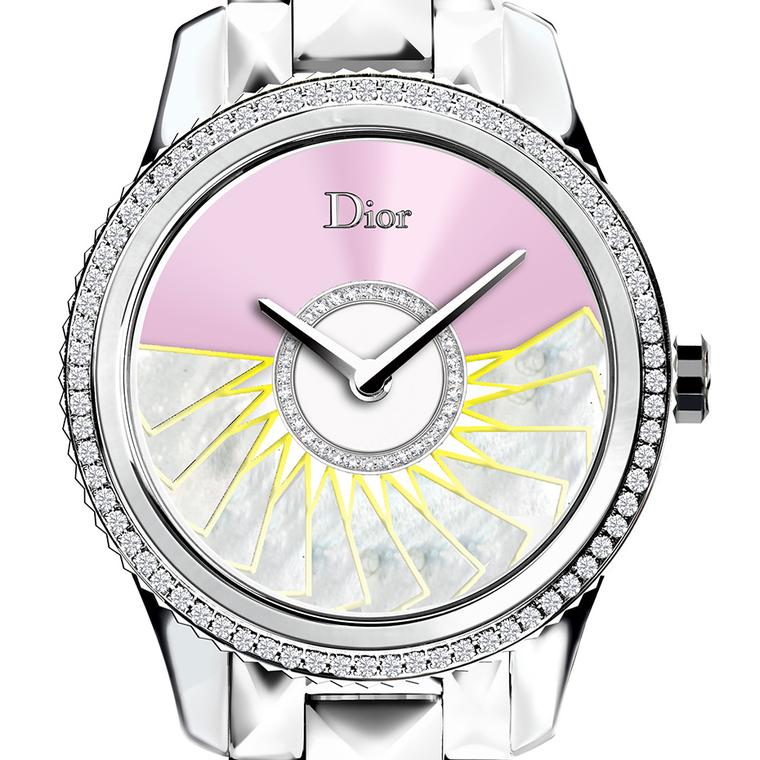 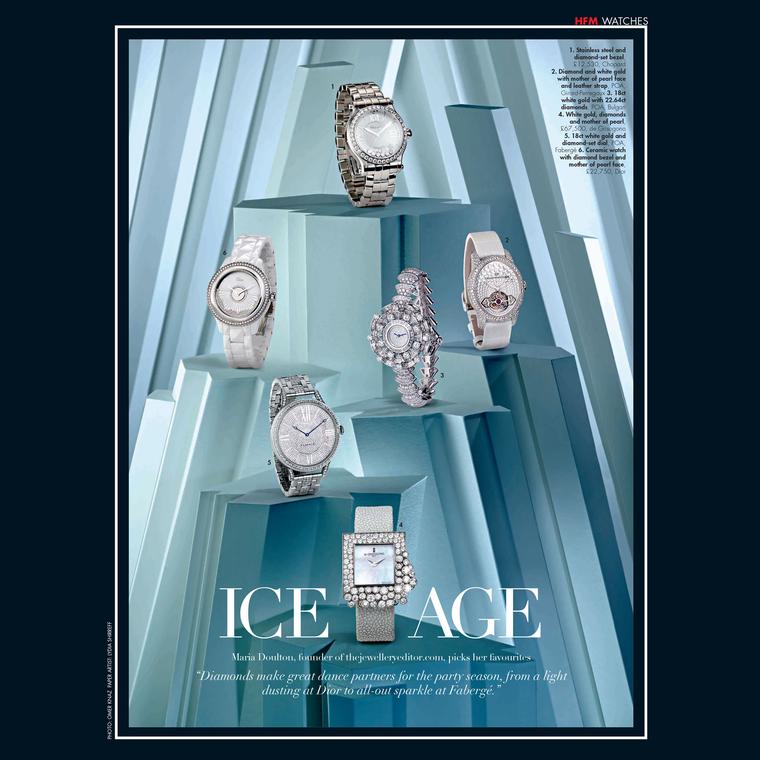 Say Hello! to our pick of diamond watches 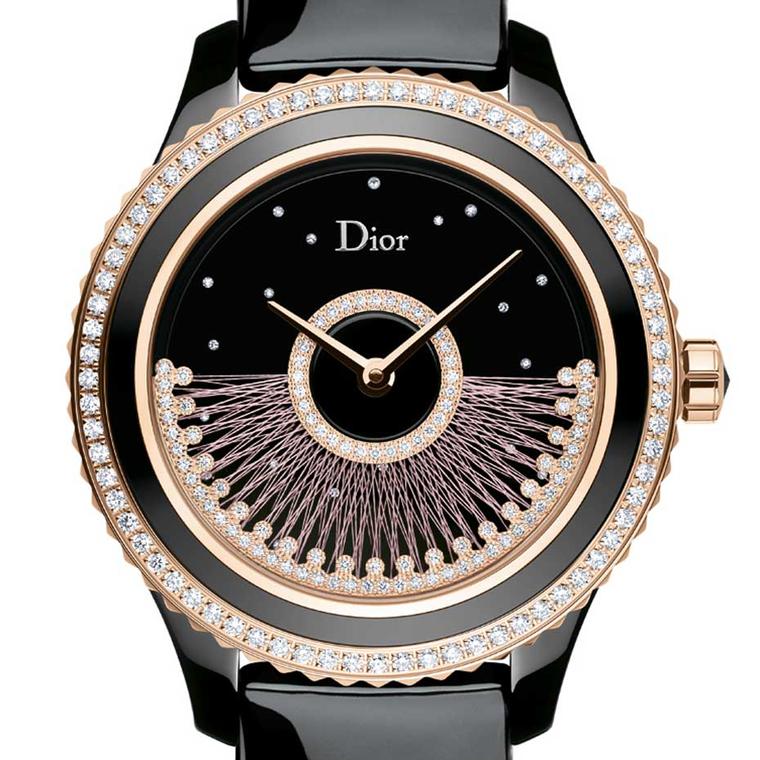