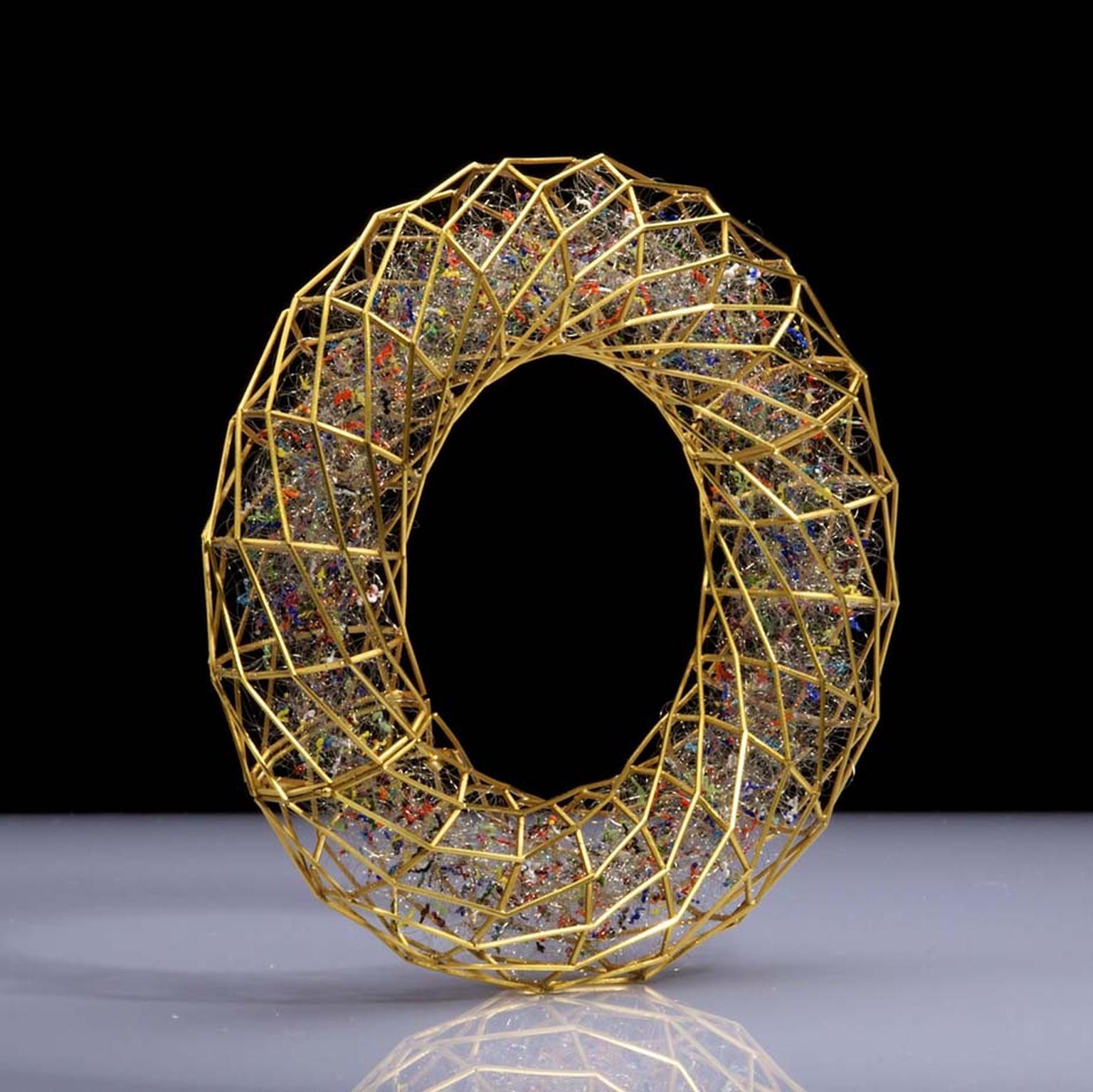 Giovanni Corvaja works from his studio in the small medieval town of Todi tucked away in the rolling Umbrian countryside. From here, Corvaja weaves gold and platinum into objects that have never before been imagined. Corvaja  projects the traditional craft of goldsmithing into the 21st century, offering a vision of a future where air and gold are one.  A master of contemporary craftsmanship,  Corvaja is an intrepid explorer pushing the boundaries of his noble craft and he meticulously creates one piece at a time. I will be interviewing Giovanni Corvaja in his laboratorio on Tuesday 12th May at 15:30 London time.

Housed in a vaulted, stone-walled building, his atelier is unlike anything else you are likely to have seen before. Working in a white lab coat wearing wire-framed professorial glasses, the studio is part traditional goldsmiths workshop with a bench and reassuring antique looking tools. It is also part science laboratory packed with improbably complex machines. At its heart is a pot-bellied steel orb called VC3, the size of a small submarine that sits atop a tower of twisting metal tubes, gauges, liquid gas tanks and valves, generously equipped with bright yellow ‘Liquid Nitrogen!’ warning signs.  Corvaja has to step onto a ladder to gaze into the porthole of his self-styled vacuum chamber working for thousands of hours on end to create a single object. The conditions in the orb mimic those of space, a fitting analogy of Corvaja's time-warping ways.

This alone should tell you that Corvaja is in a category of his own. A tireless experimenter melding science and traditional craftsmanship to create riddles of sublime beauty in gold.  Futuristic as the techniques may be, he is an artist with a soul taking craft to astounding new levels of perfection. In Corvaja’s hand, gold becomes soft as fabric, 100th of the width of a human hair and as soft as fur. In his quest to take gold to places it has never before ventured, Corvaja is constantly evolving his techniques. The latest  involves a miniature lattice-work of ultra-fine gold wire, which under the extreme conditions of the vacuum chamber,  the gold adheres by contact alone.

Corvaja is the only jeweller working under these conditions, which are much like those used to grow diamonds using the PVD (physical vapour deposition) methods. 'Most of the time things don’t work because there is air and some processes need a vacuum to succeed,' explains Corvaja. 'I started to realise that a lot of techniques done in the normal atmosphere like Japanese mokume goldwork try to replicate a vacuum situation through pressure and heat.' So he built his one vacuum chamber. Version 3, sits atop version 2 and  version 1 imploded.

Corvaja attributes his unique approach of science and art to the fact that he is the son of two professors of physical chemistry at the University of Padua. ‘When I had a technical problem relating to say the physics of a material, I would turn to my parents,’ explains Corvaja. ‘They would ask their colleagues and it became a kind of challenge. I also had access to the whole library of theUniversity of Padua.’

By the age of 14 he was studying art and material sciences at the university and working at the bench alongside master jewellers in Padua. At 18 he was accepted at the Royal College of Arts in London, an exception to the rule but his talent convinced David Watkins the head of the Jewellery Department, to accept him despite his young age.

His quixotic quest has made him one of the most collected artist-jewellers of our times with museums around the world including London’s V&A, New York’s Met and MAD, the Swiss National Museum, Paris’ Arts Decoratifs, the Boston Museum of Fine Art and the Dallas Museum of Art to name a few of the institutions that have acknowledged his role as a leading artist of our time. His ground-breaking  Golden Fleece headpiece turned 160 km of gold wire into fleece and  took 2,500 hours to create. Most recently his Mandala bowl, created in the vacuum orb, was a finalist in the Loewe Foundation Craft Prize 2019. A near-miracle of craft, this dainty object of gnomic grace is made of 4 kms of  gold wire  that weighs but 82 grammes and two-thirds of its volume is thin air.

PREVIOUS ARTICLE Daniela Villegas shares her exotic and eclectic inspirations NEXT ARTICLE On a roll: exclusive interview with Emmanuel Tarpin 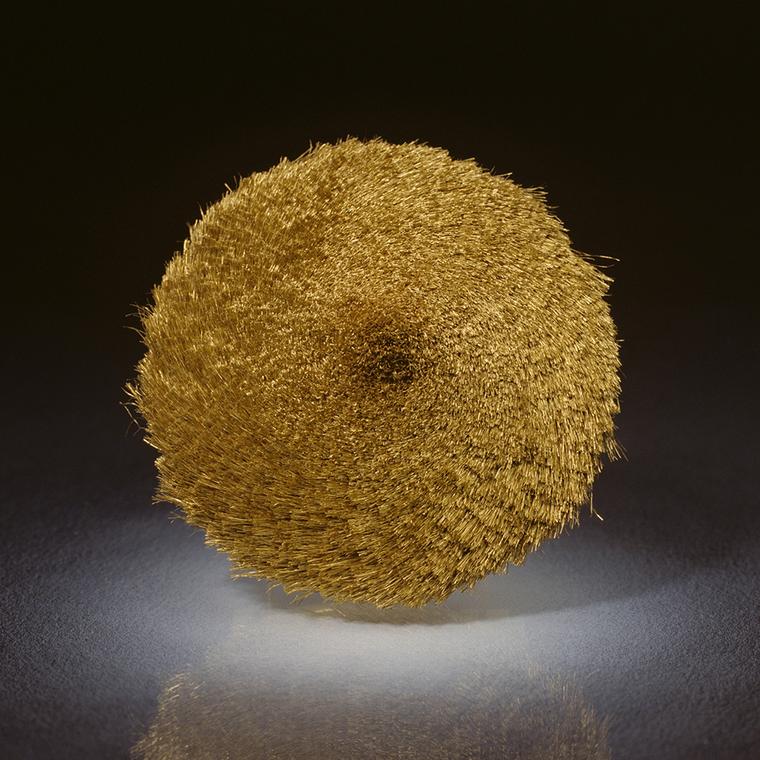 Gold: Status and Glory at the Moretti Gallery in London