Unveiling its first collection of luxury watches in 2003, the decade-old deLaCour has quickly joined the ranks of luxury Swiss watch houses with its alternative and exclusive creations. deLaCour's first collection featured the Bichrono, a concept developed by Pierre Koukjian and, just five months after its unveiling, the Bichrono watch was selected as a finalist at the Grand Prix de Genève. As the first watch in history to possess a double automatic chronograph movement, the Bichrono went on to win the 2004 Unique Design Watch of the Year Award in Tokyo. 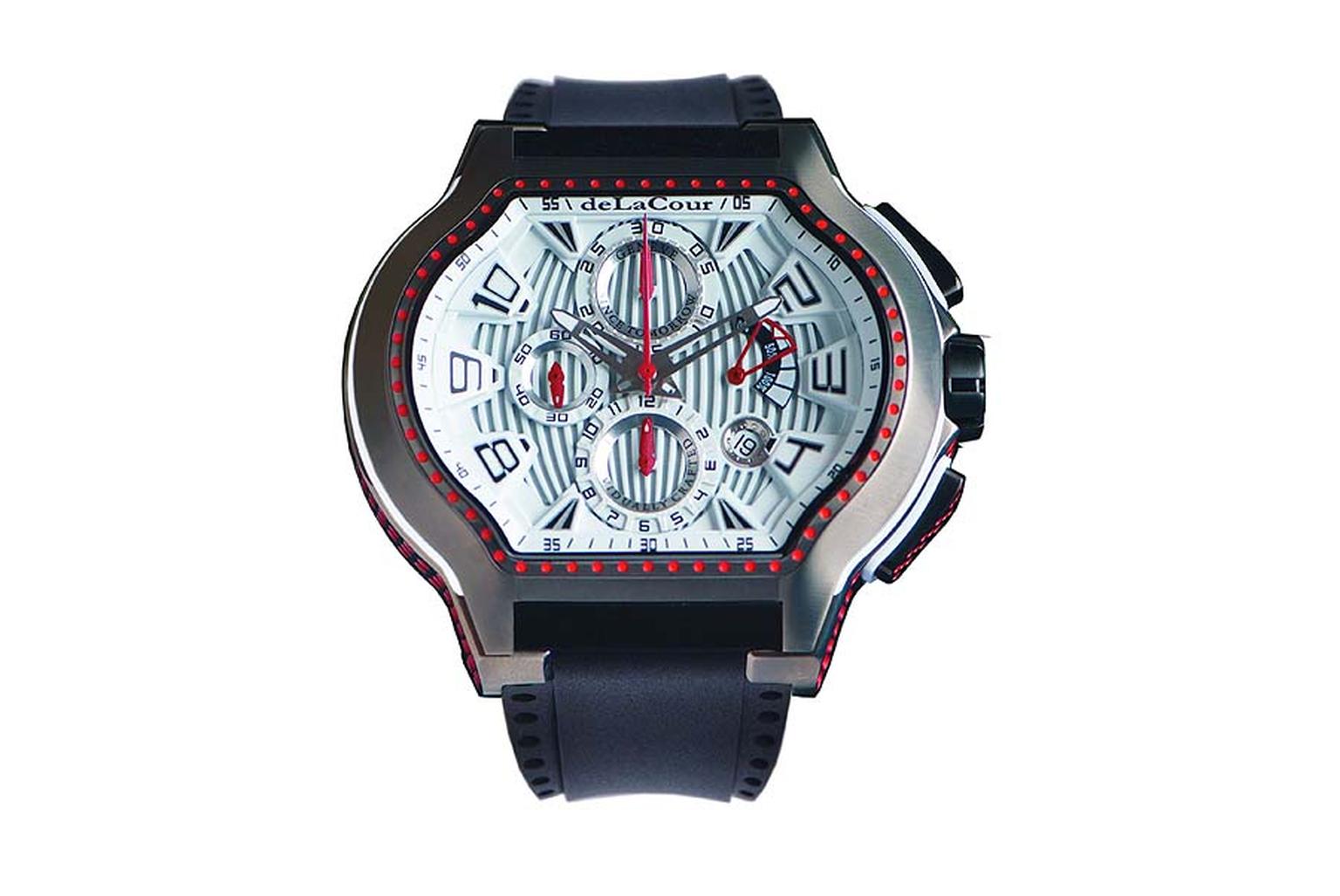 The world’s finest watchmakers, including Patek Philippe, Chopard and Van Cleef & Arpels, have donated timepieces to the Only Watch charity auction in Monaco.