The record-breaking Cowdray pearls sell for $5.3m at Sotheby’s

The world’s most important single strand of natural grey pearls is a double record breaker at Sotheby’s Hong Kong auction.

The exceptional Cowdray pearls have beaten their own record to remain the world’s most expensive pearl necklace after selling for US$5.3 million at Sotheby’s Hong Kong this week.

The new price is not only $2 million more than the jewel fetched at Christie’s jewellery auction only three years ago, but it also puts the Cowdray pearls into the top three most expensive pearl necklaces in the world, behind the Baroda and the legendary La Peregrina.

Tahitian pearls are among the most sought after gems in the world and the Cowdray necklace is set with no fewer than 42 exquisite saltwater pearls, which are well matched in lustre, shape and size. While Tahitian pearls are also known as black pearls, their colour spectrum ranges from grey and blue to green and purple. The Cowdray pearls have subtle colour variations of grey and brown with overtones in pink, purple and green.

An abstract from the 1937 Sotheby’s London auction catalogue, when the pearls first went under the hammer, emphasises their rarity and splendour: “There is probably no finer collection of such pearls in existence”. Formerly owned by Viscountess Cowdray who died in 1932, the pearl necklace was strung and mounted by Cartier. After the 1937 auction, it was shortened to 38 pearls, with two of the removed pearls made into a pair of earrings. However, since its sale in 2012, the necklace has been restrung to its original design of 42 pearls, using the pearls from the earrings and two further pearls from another antique jewel.

Read more about the Cowdray pearls

A 27.68ct Kashmir sapphire and diamond ring, known as The Jewel of Kashmir, also set a world record for the price per carat paid at auction after selling for US$5.26 million at this week’s Sotheby’s Hong Kong Magnificent Jewels and Jadeite Autumn Sale. Other highlights included the Dowager Viscountess Harcourt diamond necklace, which was returned to Tiffany for $1.5 million. The necklace is set with 28 mine-cut diamonds, which were originally acquired by Tiffany at the French Crown Jewels auction in 1887. They were set into a necklace in 1990 by Viscountess Harcourt, who was the granddaughter of the famous banker Junius S Morgan.

Also featuring in the top 10, a blue diamond ring sold for $1.88 million, while a 45.88ct yellow diamond pendant more than doubled its pre-sale estimate to fetch $1.3 million.

Quek Chin Yeow, deputy chairman of Sotheby’s Asia and chairman of International Jewellery, Asia, said he was “delighted” with the results of the sale, adding: “Throughout the sale, there was broad-based participation by Asian privates along with international trade. The top 10 lots show a great variety ranging from coloured stones, diamonds and pearls, to jewels of aristocratic provenance, with coloured diamonds selling well over their estimates.” 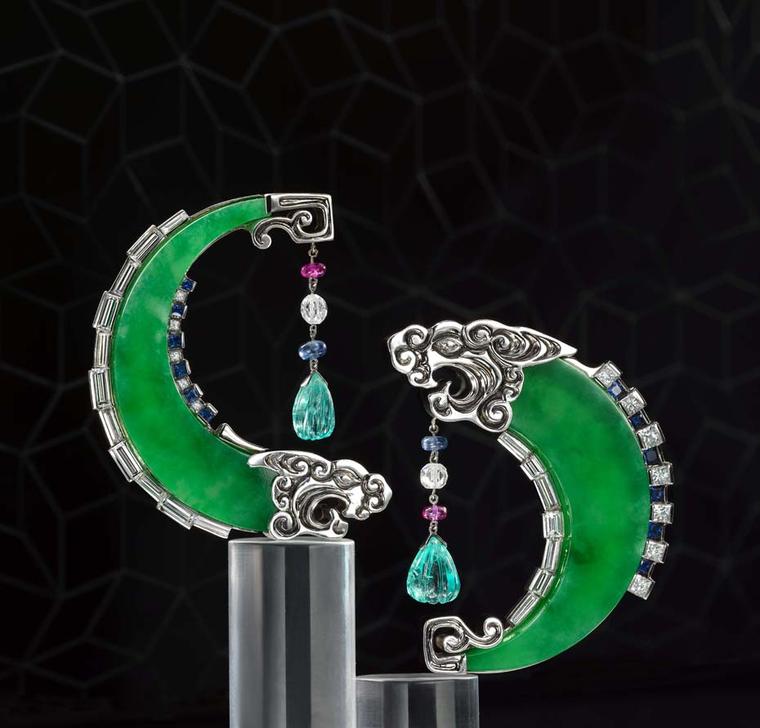 Jadeite jewellery: the transluscent gem that is revered in Chinese society