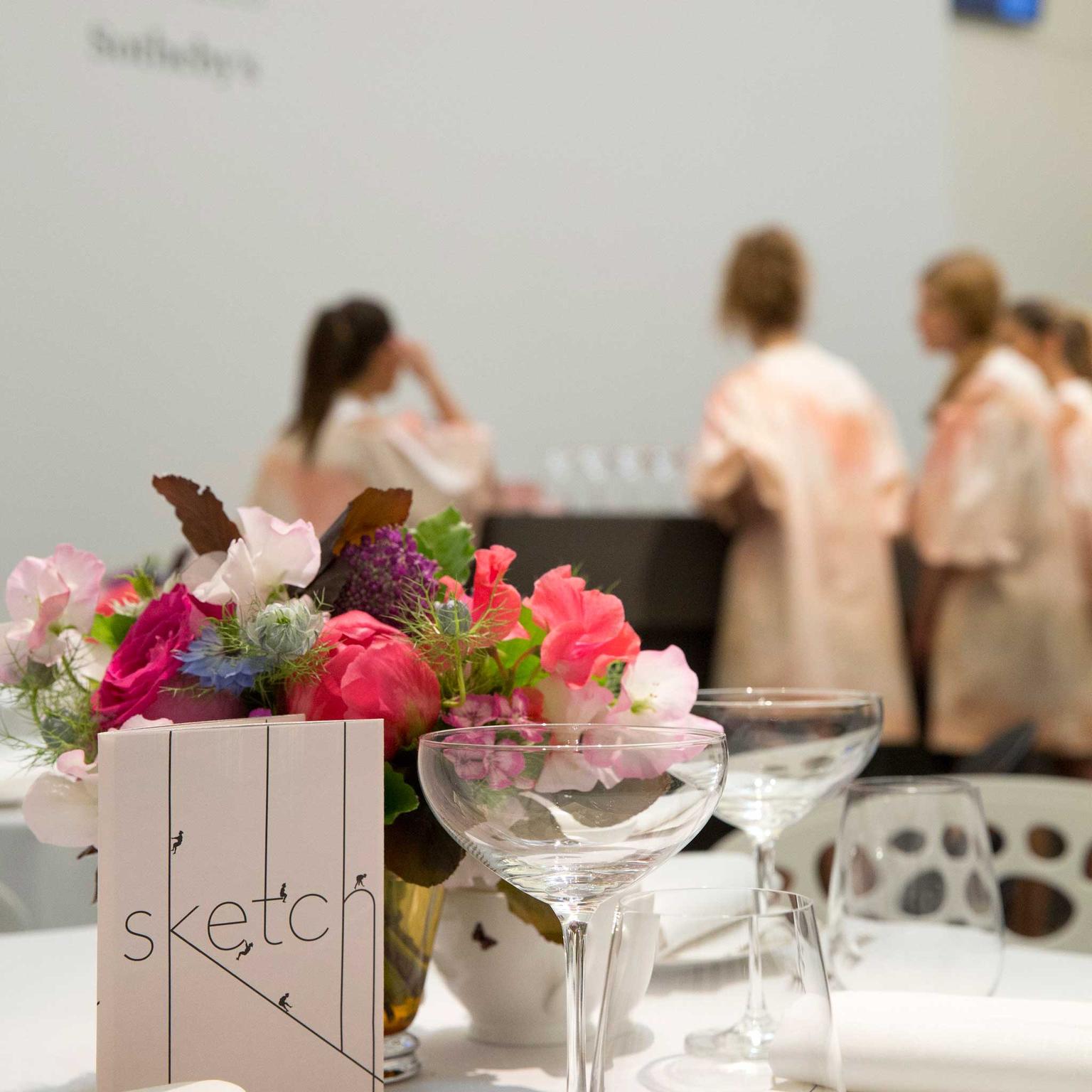 With champagne glasses clinking and caviar appetizers being served by incredibly glam waitresses, the recent Sotheby’s jewellery sale in London felt more like a bustling, upmarket eatery than an auction.

And that was exactly the point. Sketch London - a restaurant famed for creating adventurous afternoon teas and just five minutes’ walk from Sotheby’s Bond Street locale - collaborated with the auction house for this one-day-only event. This meeting of minds offered those attending the Sotheby’s jewellery sale a more convivial atmosphere than one might usually find when the gavel strikes.

The fine jewellery sale racked up an impressive £4.87 million, while the relaxed, and often quite chatty, onlookers sipped and picked at the towers of goodies in front of them. The highest hammer price of the day was £149,000 for a solitaire ring set with a 6.5ct cushion-shaped diamond.

The pop-up with Sketch was the first time Sotheby’s has offered afternoon tea during any of its sales, and judging by the packed tables stacked with miniature cakes and teapots, it certainly seemed to be a hit. While the majority of bids still flashed in quietly from the wooden panel-fronted bank of telephone operators, or silently online, there was now another reason to be in the auction room other than just to place a bid.

Finding new audiences seems to be a summer theme for jewellery auctions, and while Bonhams has yet to invite us over for afternoon tea, it is more than willing to come to us. The Bonhams jewellery team has spent the past month travelling to 38 locations in the UK, from Jersey to Edinburgh, offering free valuations.

This summer road trip has been inspired by an estimate made by Bonhams that £60 million-worth of jewellery is “gathering dust in drawers and attics across Britain”. An example of the sort of hidden gems unearthed by Bonhams includes a floral ruby brooch bought in a Cambridgeshire charity shop for £1.50, which was later identified as Cartier, and went on to sell for £2,400 at auction. Another example is a ring found buried in a bag of costume jewellery and brought in by an elderly lady in Knightsbridge. The ring was swiftly recognised as a blue diamond and later sold to a Swiss collector for £100,000.

Christie’s jewellery team is also off on tour this summer, although to slightly more glamorous locations. It chases the sun-seekers to luxury holiday destinations including Monaco, Gstaad, St Mortiz and St-Jean-Cap-Ferrat where it holds private meetings to facilitate the buying and selling of some of the world’s most exclusive jewellery consignments.

Whether it’s browsing through Christie’s jewellery in the sunshine, making a day of it at a Sotheby’s jewellery auction by incorporating afternoon tea, or simply grilling an expert from the Bonhams jewellery team on your grandmother’s bequeathed collection, we can’t think of many better ways to wile away a few sparkling hours this summer.

PREVIOUS ARTICLE Inspiring minds: tomorrow’s heirloom jewellery NEXT ARTICLE Patek Philippe watches: why they are the best in the world