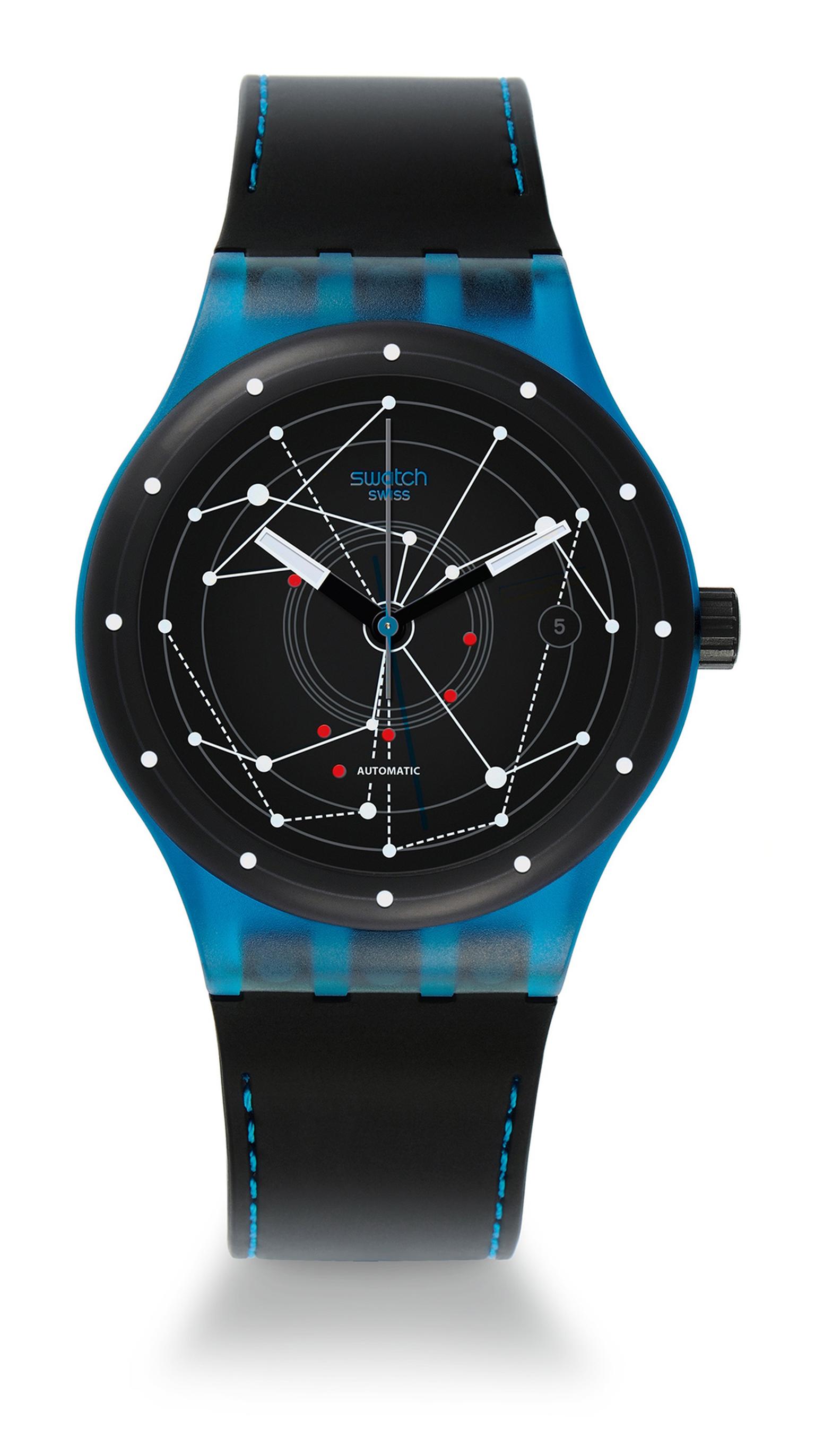 Last week, at the Swatch Group Plaza at Baselworld - bang in the centre of the main exhibition hall - Swatch made a dramatic presentation to announce the arrival of its revolutionary new timepiece, the Sistem51. Dominating Swatch's press conference on the first day of the fair, the Sistem51 arrived like a bolt of lightening to shake up the watch world.

Not only does the Sistem51 feature the first mechanical movement 100% assembled by machines, the high-tech escapement has no regulator. Instead, the rate is set at the factory with a laser, making the manual rate adjustments normally required by a mechanical watch unnecessary. And it is also one of the most affordable mechanical watches to date. When it goes on sale in October, the Sistem51 will cost between 100-200 CHF (£70-140), not much more than a quartz Swatch.

The Sistem51 lives up to Swatch's motto: simplify and innovate. Back in 1983, when Swatch first launched its line of affordable quartz watches, it simplified production by reducing the total number of components from the usual 91 down to 51. In 2013, Swatch has used the same approach to simplify the mechanical watch movement, reducing the number of components down to that magic number: 51. Most mechanical movements have at least twice that, while some have more than 600. 100% Swiss made, it is an impressive technological breakthrough that is likely to have repurcussions across the watch industry.

The distinctive dial is classic Swatch, featuring a colourful solar system comprised of lines and dots. Turn the watch over and you get to see all the intricate details of that innovative movement through the transparent case. Most impressive of all, however, is the price point, which is bound to have legions of Swatch addicts queueing up to buy this remarkable world first.

PREVIOUS ARTICLE Gold: Status and Glory at the Moretti Gallery in London NEXT ARTICLE Tiffany launches its Blue Book jewels: a stunning collection of Gatsby-inspired jewels