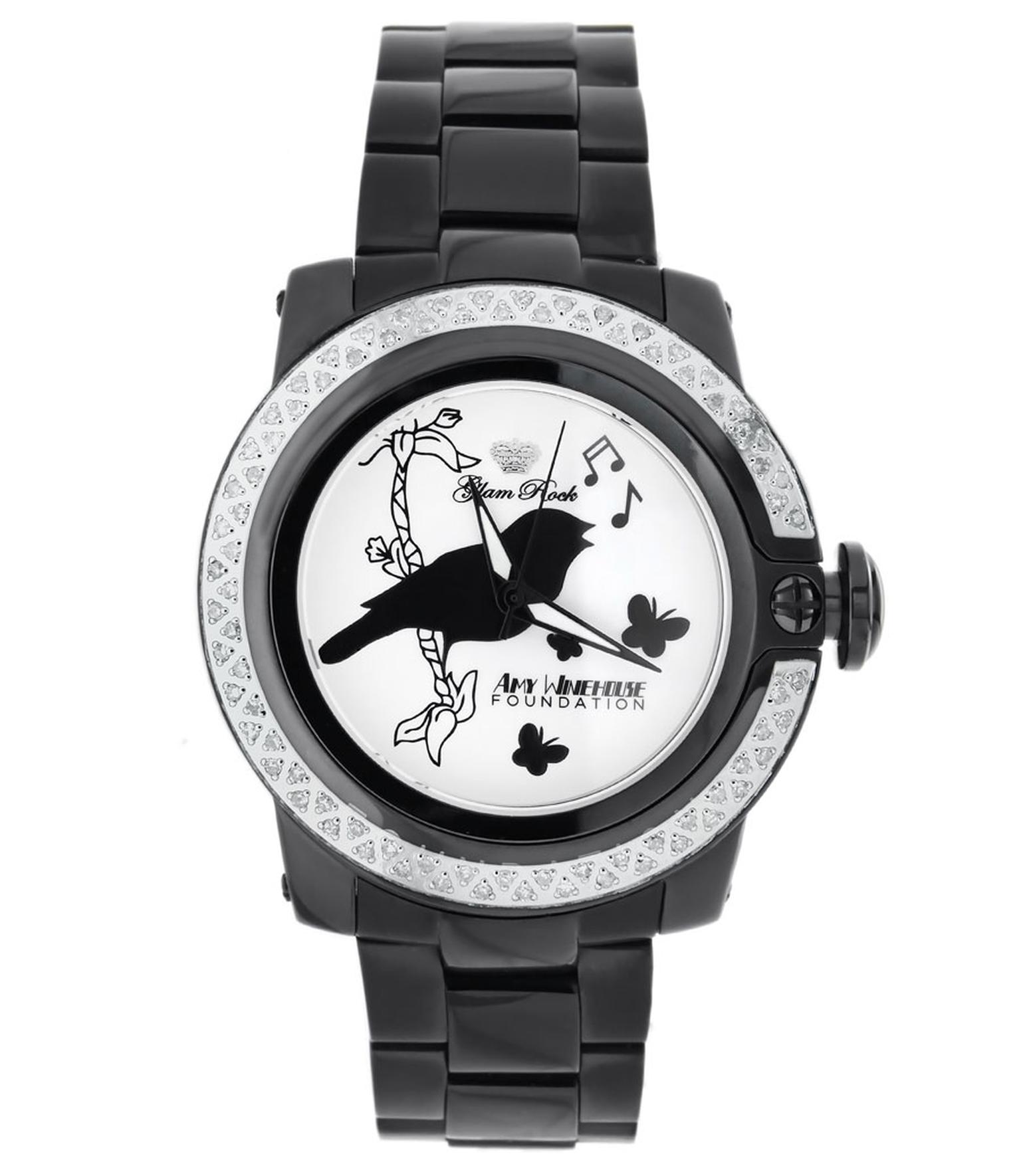 Many watchmakers aim to produce pieces that have a certain edge to them, and Glam Rock has achieved just that with its rock-and-roll infused timepieces, which can be customised to the look of your choice. Conceived by watch designer husband and wife Enrico Margaritelli and Isabelle Maujean, Glam Rock's admirers include Nicole Scherzinger, Fergie, Jamie Foxx, 50 Cent and Will Ferrel.

The bezels and straps are interchangeable - each watch comes with four bezels and three straps - which means one watch becomes many in a couple of simple steps.

What caught the Jewellery Editor's eye, though, was the limited-edition Amy Winehouse watches, which utilise the brand's own "just click" technology. The main bezel is set in white diamonds, with other options in stainless steel. They don't just capture the spirit of an icon - they also give to the foundation set up by Winehouse's father in her name. "The foundation works to prevent the effects of drug and alcohol misuse on young people," says Mitch Winehouse. "We also aim to support, inform and inspire vulnerable and disadvantaged young people to help them reach their full potential."

One watch has already been auctioned for over £2,000 to raise money for the foundation at the Amy Winehouse Foundation dinner at The Dorchester in London on November 20th. Another is scheduled for auction at a similar Amy Winehouse event in New York, hosted by none other than Tony Bennett.