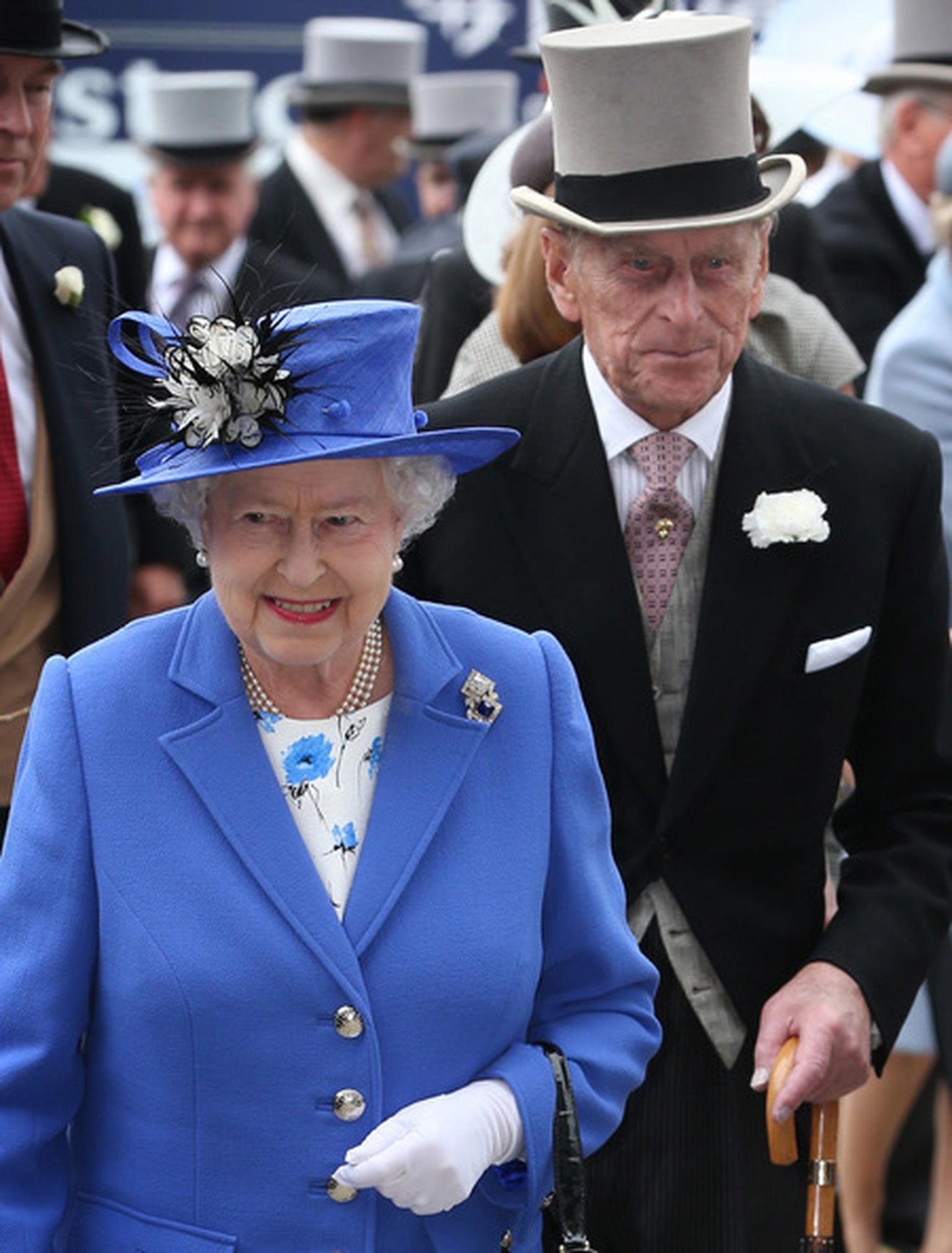 The Queen started off the Diamond Jubilee celebrations at the Epsom Derby wearing some of her favourite jewels; a three strand pearl necklace and pearl button earrings alongside a less well-known brooch. The brooch is the Queen Mary Russian brooch featuring a large square cut diamond and sugarloaf-cut sapphire set into scroll frame.

The brooch was given to Princess May of Teck by the Empress Marie Feodorovna of Russia and in turn she left it to the Queen in 1953. While the Queen's grandmother sometimes wore the brooch horizontally, the Queen is more often seen wearing it vertically. A 1925 photograph shows Queen Mary wearing the brooch pinned to her collar horizontally, which was in keeping with the style of the day. Interesting to note that like her grandmother, the Queen has combined the Russian brooch with the same pearl button earrings with diamonds, just as her grandmother did in this photograph. An earlier picture of Queen Mary from the late 1890's shows her wearing the pearl button earrings but with the Girls of Great Britain and Ireland tiara and an eleven strand choker of pearls and five strand pearl necklace for a much more elaborate look. The Queen owns three different three strand pearl necklaces and is often wearing one of them.

The pearl button earrings were presented to Queen Mary in 1893 on behalf of the "Ladies of Devonshire" and each has a small diamond on top. They are known as the Devon earrings and were presented alongside a pearl and diamond necklace on behalf of 650 "Ladies of England" for her wedding. These jewels must have a strong sentimental value for the Queen which in part could explain why she often wears them.