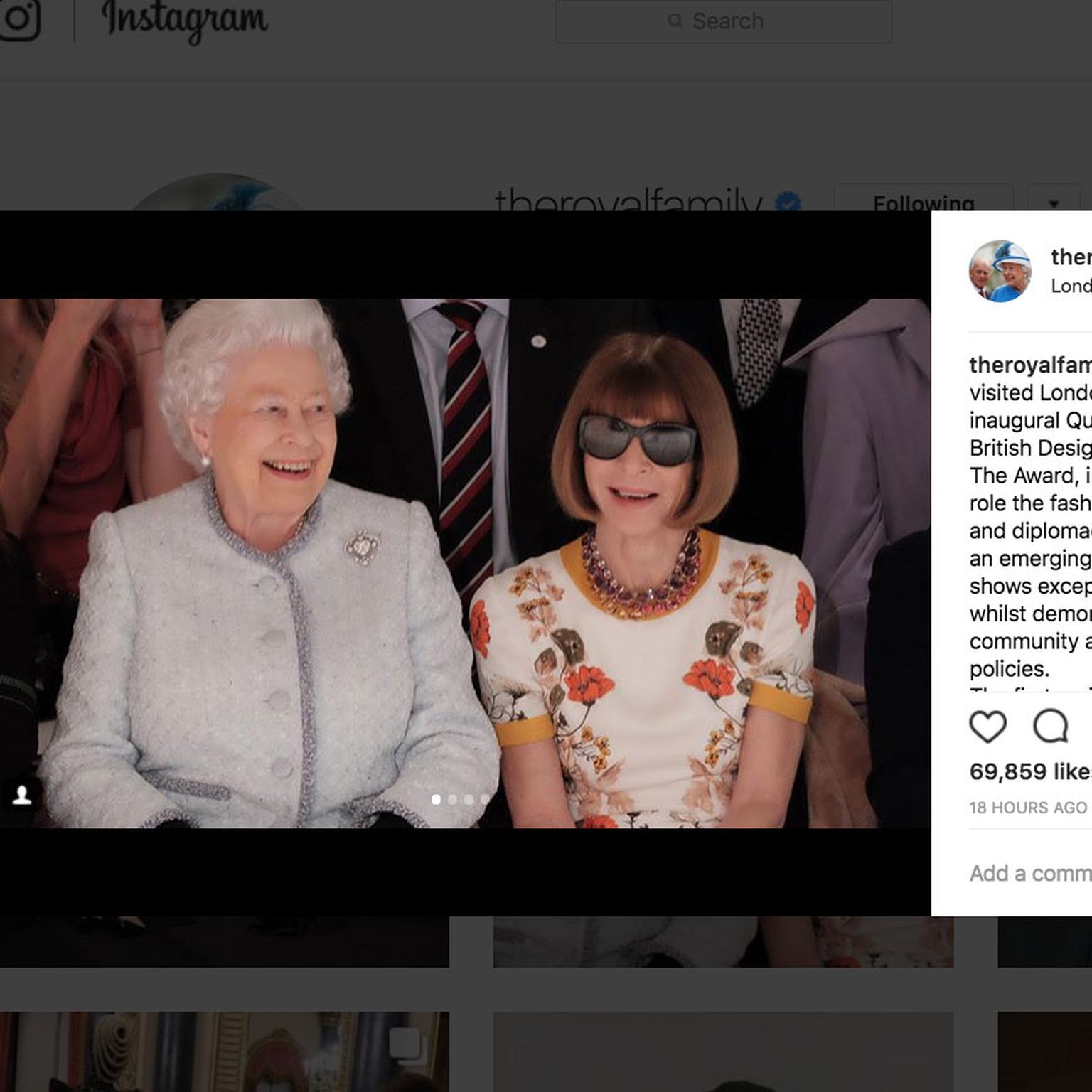 The Queen made her first appearance at London Fashion Week on Tuesday 20th February 2018 and chose to wear the Cullinan V Heart Brooch made by Garrard as she took her place on the front row, next to Anna Wintour.

In 2016 we published this story in commemoration of the Queen’s 91st birthday, when we took a look back at not only her famed and inherited jewels, but also her personal style. So with the Queen's signature brooch-wearing fashion in the spotlight, we take the opportunity to once again share our insight into her brooches worn on the lapel of a jacket or shoulder of a dress during the day, and to anchor sashes in the evening.

Most of Queen Elizabeth’s personal pieces have either been inherited or acquired during her reign, and are housed separately from the Crown Jewels. The treasure trove that is her jewellery wardrobe is stored 40 feet under Buckingham Palace in a converted air raid shelter, and contains what Her Majesty refers to as her “best diamonds”. The pieces that the Queen wears the most, and/or is partial to, are those that have been passed down from her grandmother Queen Mary and her great-great-grandmother Queen Victoria. The Queen's brooches are some of the most rare and valuable in the world, such as the Cullinan III and IV, or the Cullinan Heart. Like most pieces passed down through generations, even those that are part of the Royal family, these brooches speak of sweet and heartfelt anecdotes or larger, more intriguing, stories, creating relatable tales for women everywhere and helping to celebrate this huge milestone for the Queen.

Queen Victoria owned three bow brooches, two large and one small, created in 1858 by Garrard, from diamonds with which she supplied the renowned house. The bows were handed down to Queen Alexandra and Queen Mary who both wore them quite creatively. Queen Alexandra wore them down her skirt, and both wore them to their coronations. Interestingly, while there are photos depicting the way in which Alexandra and Mary wore them, there are no pictures in which Victoria is actually seen wearing them. The Queen Mother either wore them separately on a jacket or with two of the larger brooches together, and Queen Elizabeth II wears only one, most frequently with pearls on the shoulder of a jacket.

This is the brooch that Queen Elizabeth II wears most often and the one she wore to London Fashion Week in February 2018. The platinum setting was created by Garrard in 1911 to showcase the 18.8ct heart-shaped diamond, and it was one of the pieces of a larger stomacher that was taken apart to make separate brooches. Queen Mary wore it alone in the centre of a daytime dress, as she did many of her brooches, or attached to the Cullinan III and IV on special occasions. Queen Elizabeth simply wears it on her left shoulder. In various photos, you can see the Queen’s signature daytime style - pearls, small earrings and a brooch on the lapel of a jacket or the shoulder of a dress.

Perhaps the most sentimental of all the jewels handed down to the Queen from her great-grandmother, this oval sapphire brooch with a surround of 12 round mine-cut diamonds was a gift from Prince Albert to Victoria, the day before their wedding on 9 February 1840. Co-designed by Prince Albert and Garrard, Queen Victoria wrote about it in her diary and wore it not just for her wedding, but consistently up until the death of her beloved Albert. She instructed that, upon her death, it should be considered a Crown Jewel and held in trust for all future Queens of Great Britain. And so it was given to Queen Mary who wore it in the centre of a high collar dress, and then the Queen Mother and Queen Elizabeth who both wore it most frequently on their left shoulder.

The Duchess of Cambridge brooch

When us mere mortals talk about jewels that were passed down through generations, we aren’t usually thinking about wearing them to christenings of princes and princesses, or wearing them to Buckingham Palace garden parties. One of my favourite stories about Royal family heirlooms involved this cluster-style drop brooch, with a large central pearl surrounded by 14 round diamonds, and a dangling diamond-accented, pendant-style baroque pearl. Created by Garrard in the 1850s, it originally belonged to Queen Mary’s grandmother, Princess Augusta, Duchess of Cambridge. When she passed away aged 92, her daughter Mary Adelaide inherited the brooch. Her jewellery went to her four children and this piece went to Queen Mary who wore it frequently and at many special occasions, such as the christenings of Queen Elizabeth and Prince Charles. Queen Elizabeth II inherited it in 1953 and wore it on her 48th birthday on 21 April.

The Cullinan III and IV brooch

While the Queen has been photographed in several of her brooches over the course of her reign, this brooch, set by Garrard in 1911 - the most valuable in her collection and the most valuable brooch in the world - has only been worn by Queen Elizabeth II approximately half a dozen times. Affectionately dubbed “Granny’s Chips”, after Queen Mary, it consists of the Cullinan III and the Cullinan IV - a 94.4ct pear-shape diamond hanging from a 63.6ct square-cut diamond, both of which were taken out of Queen Mary’s tiaras. Queen Elizabeth II inherited it when her grandmother passed away in 1953. While on a State visit to Holland, Queen Elizabeth and Prince Philip went to see the Asscher workshops and, when speaking to Louis Asscher, she unpinned the brooch (it was the first time she had worn it) and handed it to him, knowing that he was present when his brother cut it and what it would mean to him to see it after all these years.

Originally designed for Queen Mary in 1932 by Garrard, this brooch is not your ordinary bow but one that is tied into a lover’s knot. It is the largest and most ornate among the multiple bow brooches in the Queen’s collection, and is styled with scalloped edges and crafted with a mechanism so that the ends of the ties move. Set into silver and gold, featuring brilliant-cut diamonds, Queen Elizabeth II inherited it from her grandmother in 1953 and wears it predominately in the evening and to special occasions, such as Prince William’s wedding, as well as Princess Margaret’s wedding. The Queen also wears it with sashes and poppies for Remembrance Day.

Known as a giardinetti, translating as little flower pot, these designs were crafted in rings and brooches from the Georgian era onwards. This one was crafted much later in the form of a large ruby, diamonds in flower sprays with a ruby, and sapphire and diamond petals in a basket design with accent emeralds on the bottom. The Queen received it as a gift in November 1948 by her parents to commemorate the birth of Prince Charles. 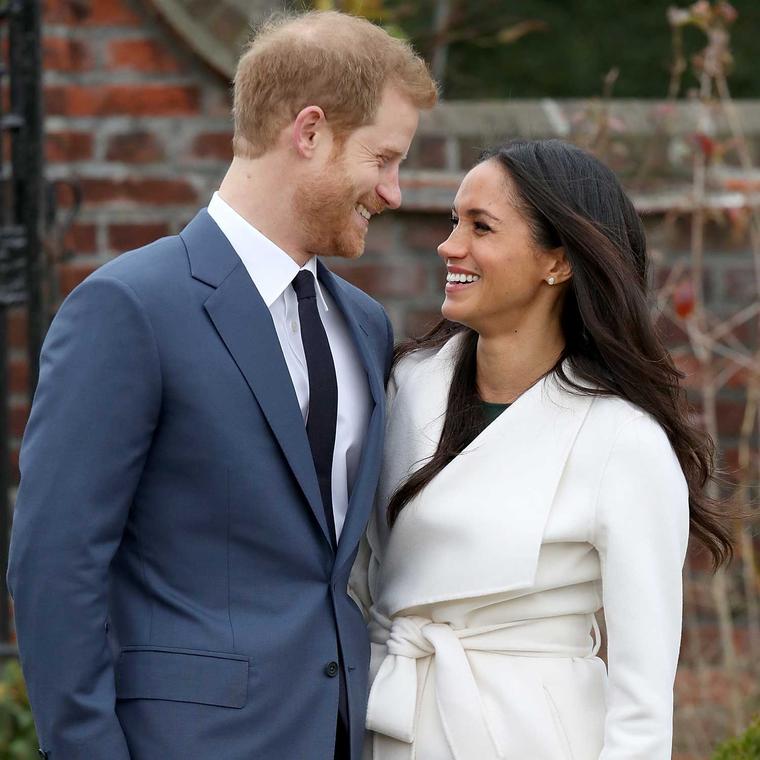 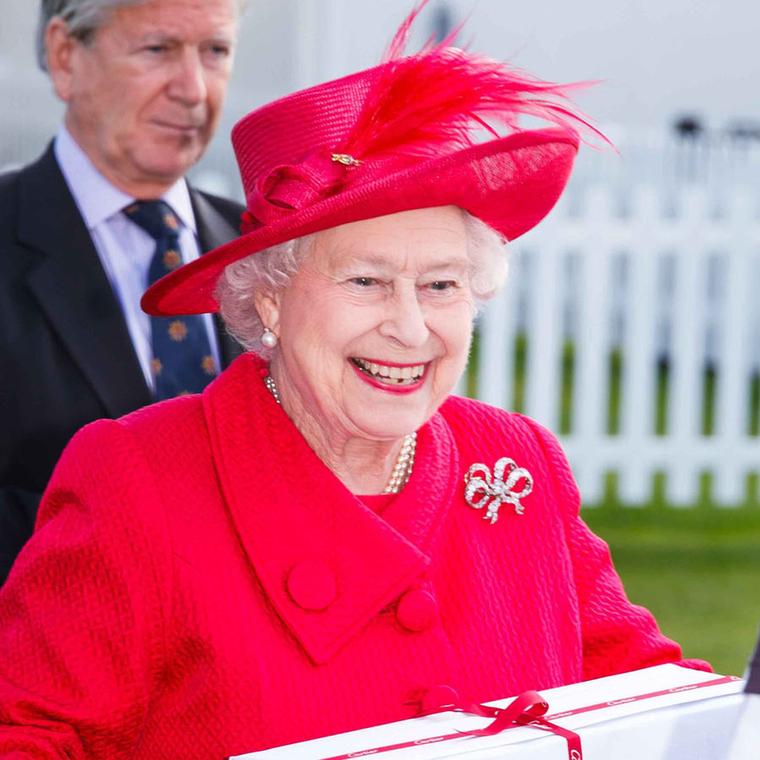