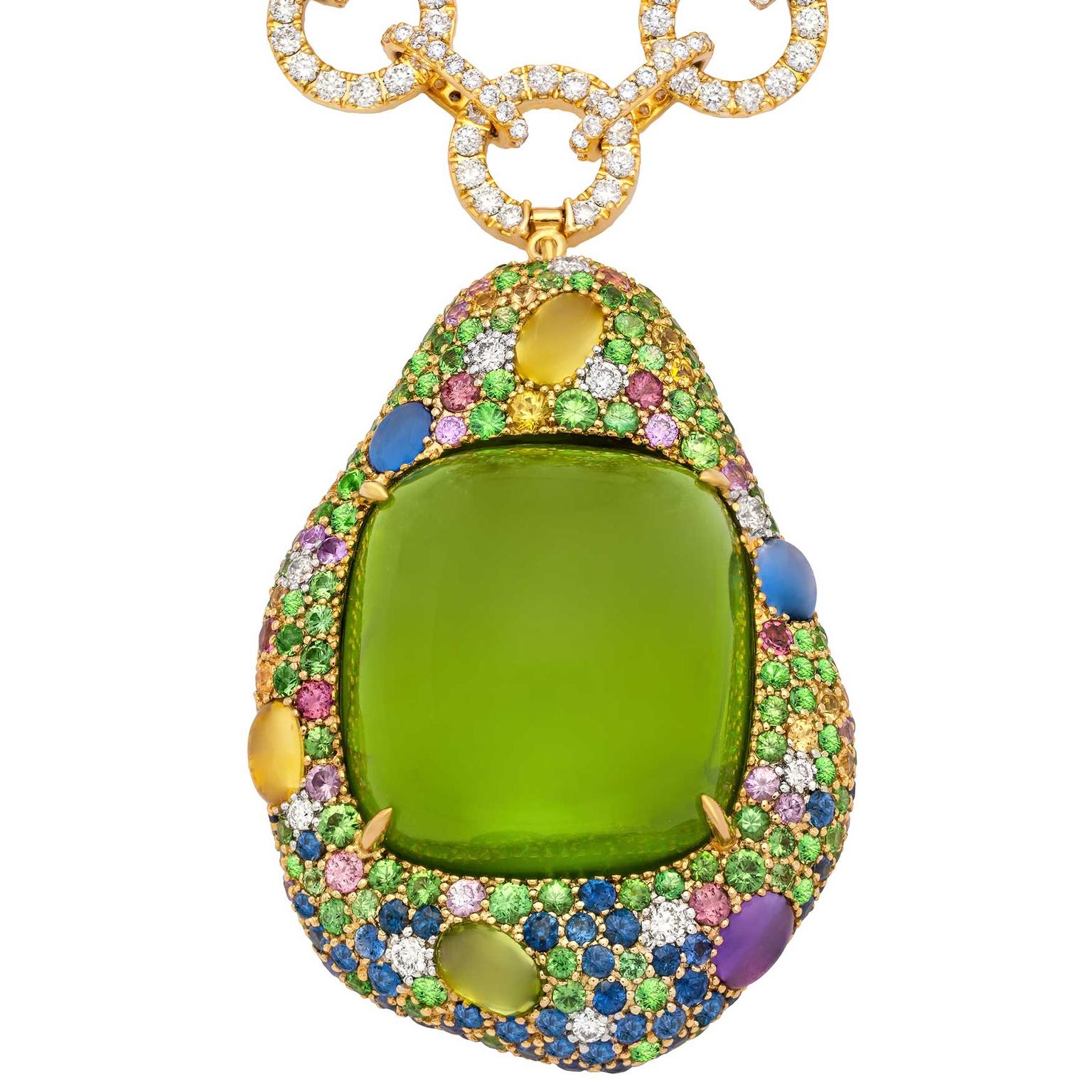 Last week we were speculating about Pantone’s Color of the Year 2017. I was leaning towards primrose yellow, while darker lapis lazuli blue was also on the table. So when I read this morning that Pantone has gone green – Greenery, to be precise, also known as Pantone 15-0343 – it came as a pleasant surprise. Described as “a fresh and zesty yellow-green shade that evokes the first days of spring when nature's greens revive, restore and renew”, it’s an invigorating colour that is the perfect pick-me-up after 2016, when Pantone broke with tradition and announced there would be two Colors of the Year, the soothing pastel hues of Rose Quartz and Serenity.

The Pantone Institute introduced its trend-led Color of the Year back in 2000 to predict what will be big in the worlds of fashion, interior design and accessories in the year ahead. Over the years we have had fun seeing if Pantone’s prophecies were mirrored in the world of jewellery, and while 2015’s Marsala – an earthy wine red – didn’t take off, other predictions have been spookily accurate.

We will have to wait and see if Greenery will be a major trend in interiors in the coming months, but there is no doubt that the Pantone Institute’s prediction is spot on when it comes to jewellery, specifically peridot, a green gemstone that is recognisable for its lemony-yellow hue.

Only last week Maria filmed a video with Margot McKinney in which she wore one of the Australian designer’s latest creations, a baroque pearl necklace with a huge peridot pendant attached. Parisian jeweller Lydia Courteille was ahead of the game when she launched the Queen of Sheba collection of all-green jewels earlier this year featuring peridots alongside green tourmalines and tsavorites, while Pomellato recently announced it will be adding new rings and bracelets to its M’ama Non M’ama collection set with London Blue topaz, moonstone, amethyst, garnet and, you guessed it, peridot.

But looking back at 2016, Pantone’s choice for Color of the Year shouldn't come as such a revelation. Shades of green have been popping up everywhere: at Baselworld, where Muzo revealed its precious cargo of Colombian emeralds to the world for the first time; during Paris Couture Week, when Lydia Courteille launched Queen of Sheba and we were dazzled by Van Cleef & Arpels’ Emeraude en Majesté, a high jewellery collection devoted exclusively to the velvety green gem; and at the opening of Dior’s new boutique on Avenue Montaigne in October, where Dior’s creative director Victoire de Castellane unveiled special editions of some of the brand’s bestselling watches and jewellery with a unifying colour: green.

“Greenery bursts forth in 2017 to provide us with the reassurance we yearn for amid a tumultuous social and political environment. Satisfying our growing desire to rejuvenate and revitalise, Greenery symbolises the reconnection we seek with nature, one another and a larger purpose,” explains Leatrice Eiseman, Executive Director of the Pantone Institute. You might not believe in the power of a colour to reflect the general mood of mankind, but there is something undeniably uplifting about green gemstones of all varieties – peridots, emeralds, demantoid garnets and tourmalines – which is precisely what we need going forwards into 2017. 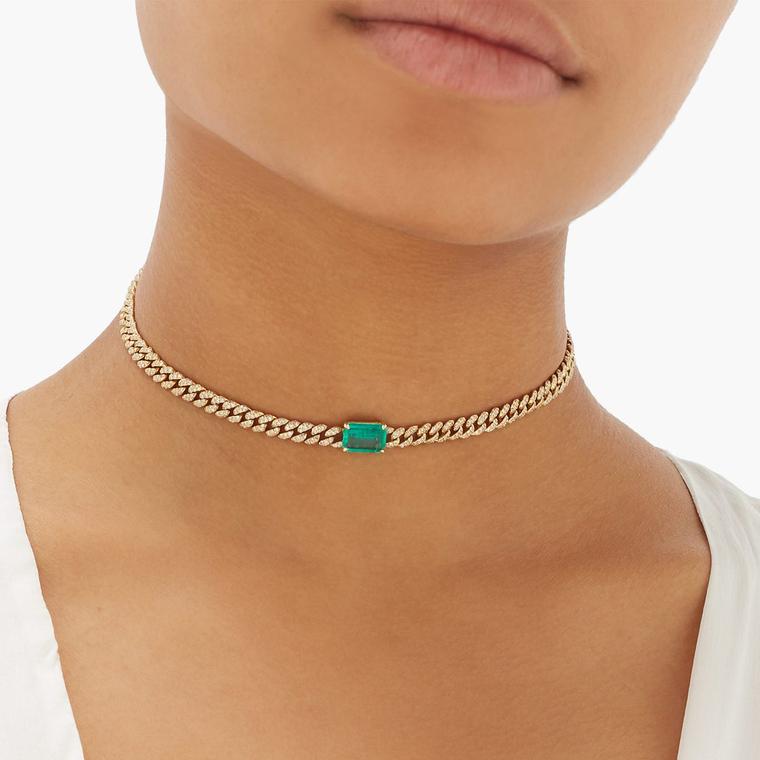 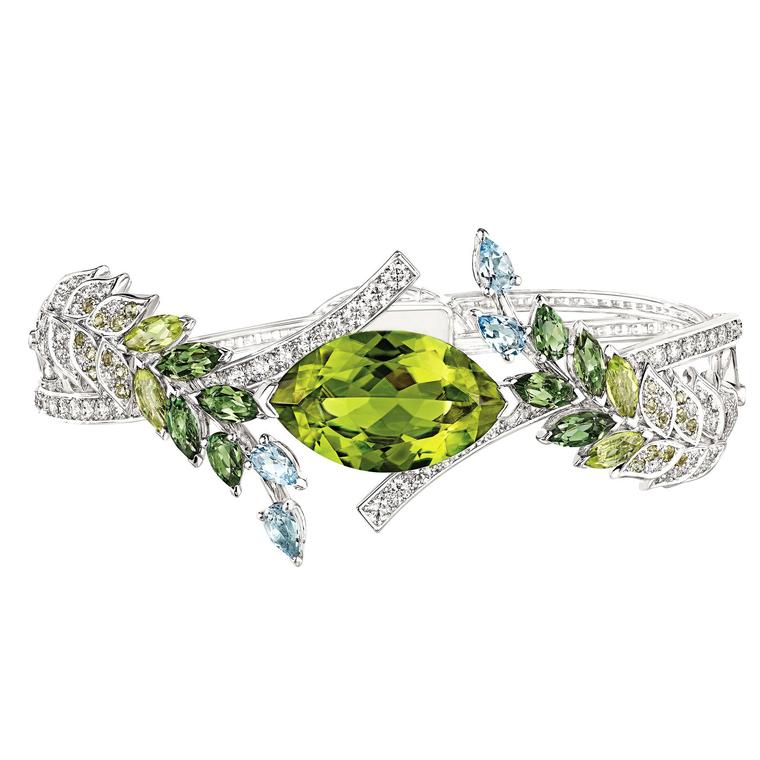 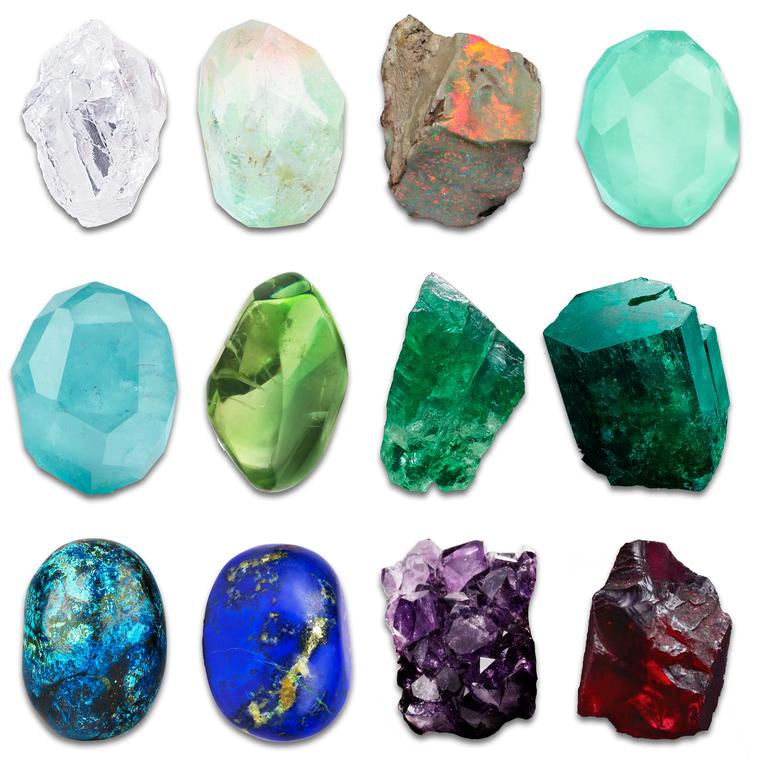