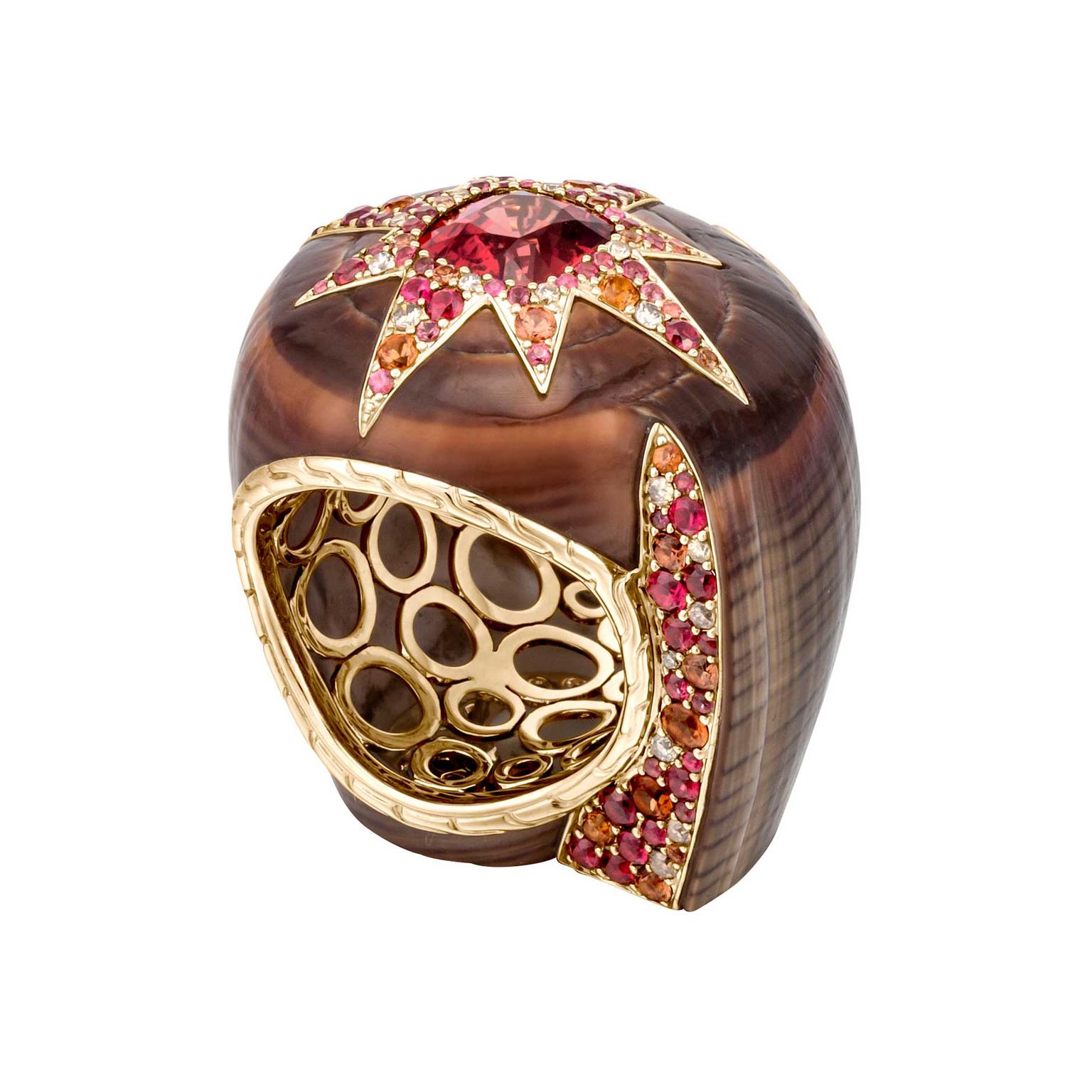 Over thousands of years, the world’s most precious materials, from gold to diamonds and other coloured gemstones, have been naturally formed deep below the Earth’s surface. But this year, more unexpected organic materials are also being imaginatively in high and fine jewellery collections, bringing new meaning to the phrase natural beauty.

The recent high jewellery presentations in Paris included the unveiling of the Bleu de Jodhpur collection from Boucheron, with creative director Claire Choisne turning to India for inspiration. She and Boucheron’s craftsmen spent months perfecting the use of Makrana marble from the same quarry that supplied the construction of the legendary Taj Mahal.

In the Plume de Paon feather designs, which were inspired by the elaborate traditional headdresses of the Maharajahs, Choisne marries the brilliance of diamonds with thin slivers of the delicately textured white marble. Contrasting heavy and solid material with the lightness of a feather, she creates discreetly exotic and wholly modern pieces of high jewellery.

In another example of inspired creativity that elevates humble materials, Choisne brought sand back from the Thar desert in Rajasthan for the Nagaur pendant, the dazzling brightness of which was inspired by the fortress city of the same name. On multiple strings of pearls, the sand is encased in rock crystal with a diamond design often seen in Indian architecture.

Piaget turned to the natural beauty of feathers to create the Serenissima emerald cuff from its brand new high jewellery collection, Secrets and Lights. This one-of-a-kind bracelet is a peacock-blue, texture-rich confection of emeralds, sapphires and diamonds on a bed of feathers and white gold. Created by feather artist Nelly Saunier, who has worked with leading couture houses for many years, she trimmed the feathers of 10 birds to create the design, which is reminiscent of the Venetian masks that were one of the inspirations for the collection.

For a more relaxed, beach glamour look, Qayten has sculpted wood into leaves inlaid with gold and pavé diamonds. And John Hardy turns to a tropical island for the shell cocktail rings - the matt colour, patterns and natural texture of the shells contrasting vividly with the polished gold and sparkle of sapphires and diamonds, calling out for an evening in the Hamptons or on the French Riviera.

Meanwhile, the Grizzly Star ring from Shagreen & Tortoise stars a natural shell that resembles a modern sculpture, its jagged lines and dark stripes softened with a rose quartz cabochon.

Silvia Furmanovich manages to capture forever a moment in nature. Her ethereal earrings, which feature orchid petals preserved in lacquer, won the prize for innovation at this year’s Couture Show. And with this marrying of organic beauty and a jeweller’s creativity, who are we to disagree?

PREVIOUS ARTICLE A cut above: the legend behind the exclusive Ashoka diamond NEXT ARTICLE The grace and symbolism of dragonflies in jewellery 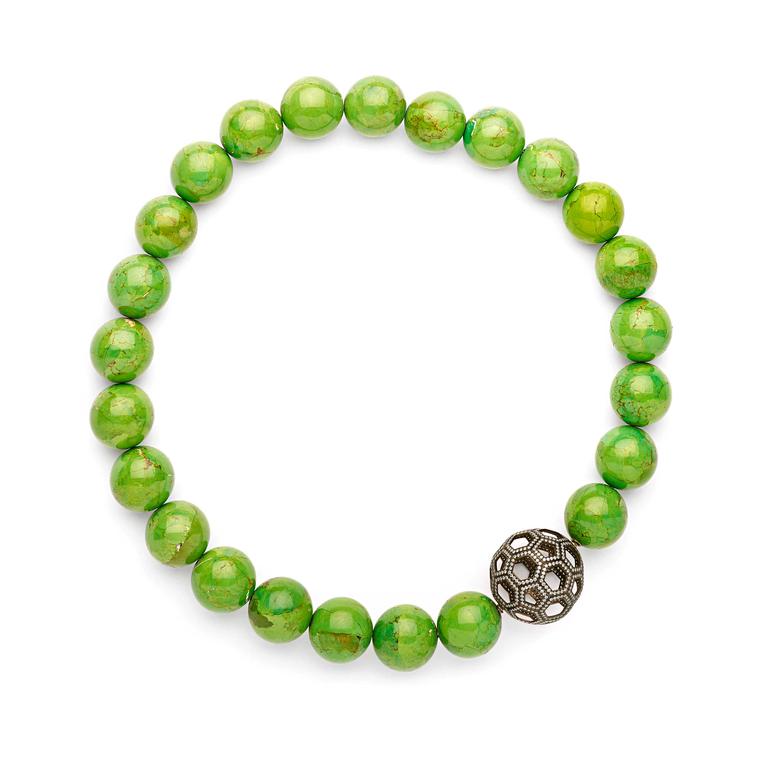