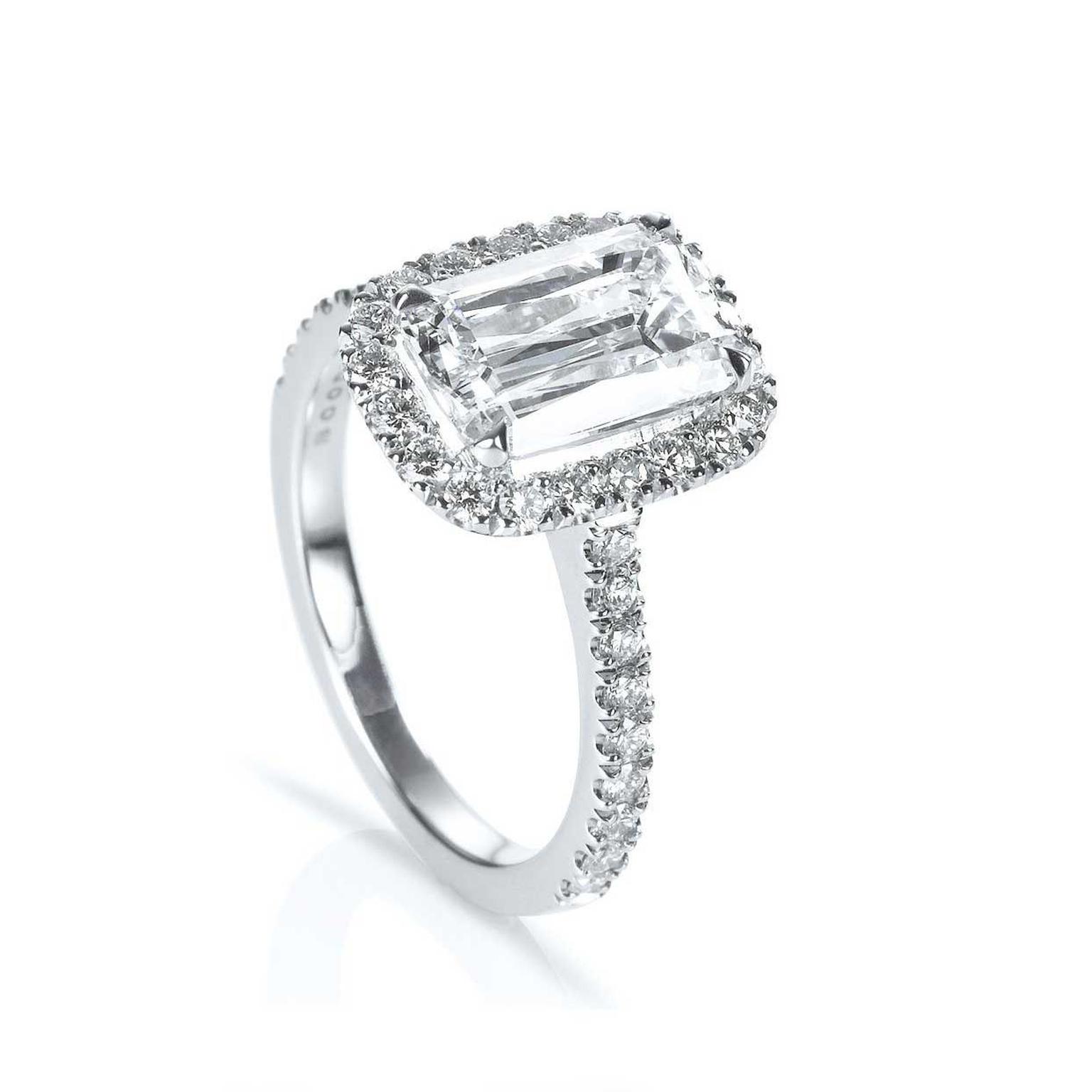 If you are after a rare and extremely exclusive engagement ring, a ring very few other women will possess - unless, of course, you are Reese Witherspoon - then Ashoka diamonds are for you. Available exclusively at Boodles in Britain, what, you might well ask, is so special about this diamond cut?

The four “Cs” - cut, clarity, colour and carat - are the benchmark for diamond grading and many consider cut to be the most significant of the mix. This is because the right diamond cut makes the best possible use of the diamond’s carat weight, and showcases its colour and clarity. Unlike the more traditional diamond cuts - including round brilliant, cushion, oval, pear, marquise, emerald, Asscher, radiant, princess and heart - there is a whole new world out there of patented diamond cuts developed by individual brands, offering their clients something truly unique.

Ashoka-cut diamonds fit into this category and were in fact perfected and patented, but not invented, by William Goldberg, the American diamantaire who was fond of saying, “you shouldn’t cheat a diamond of its right to be beautiful”. The Ashoka cut, with its elegant, elongated rectangular shape and rounded corners, is not for every diamond. Fewer than one in five stones make the cut, which requires the rough to be larger and longer than average. According to Goldberg’s descendants, it can take up to six months for a diamond to emerge from the rough. In essence, a modified cushion cut with a rectangular shape and rounded corners, the Ashoka cut has 62 facets - compared to the 57 found in a regular round brilliant cut - which conspire to make the stone appear larger than it really is. The ingenious symmetry and angles of this diamond cut allow the light to reflect through the facets, giving a sensation of movement and a magnificent shot of radiance.

Beyond the technical specifications of this exclusive and patented cut comes a wonderful story about how it got its name. Goldberg was inspired by the famous Ashoka diamonds found centuries ago in the Golconda mines of India, which were said to have the power to banish sorrow. Ashoka the man was a 3rd century B.C. Indian warrior-turned-pacifist. Having spilt a lot of blood along the way, the ruler came to believe that the true path to enlightenment could only be achieved through tranquillity, and encouraged his subjects to practice Buddhism. When a stunning 41.37 carat D Flawless Ashoka diamond came to light, it was christened after the enlightened leader.

Our selection of Boodles engagement rings set with Ashoka diamonds show how versatile this cut can be, with contemporary proposals ranging from the Pas de Deux ring, with its obliquely set diamonds, to the highly romantic New Vintage ring, with a stunning Ashoka-cut diamond escorted by a frill of round brilliant-cut diamonds.

Whichever of these spectacular Boodles engagement rings wins you over, rest assured you will be one of very few brides to own one of these very special diamonds. 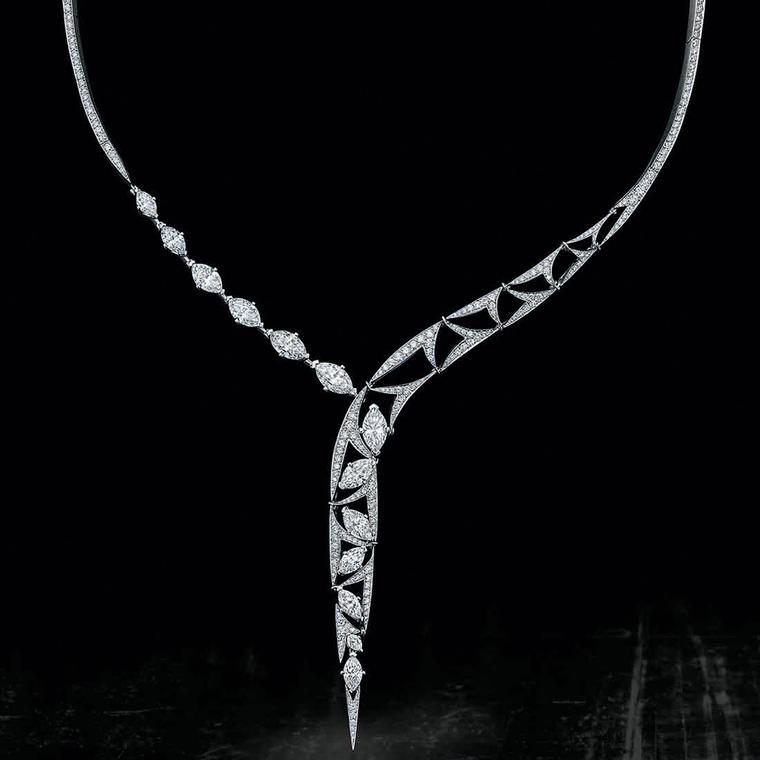 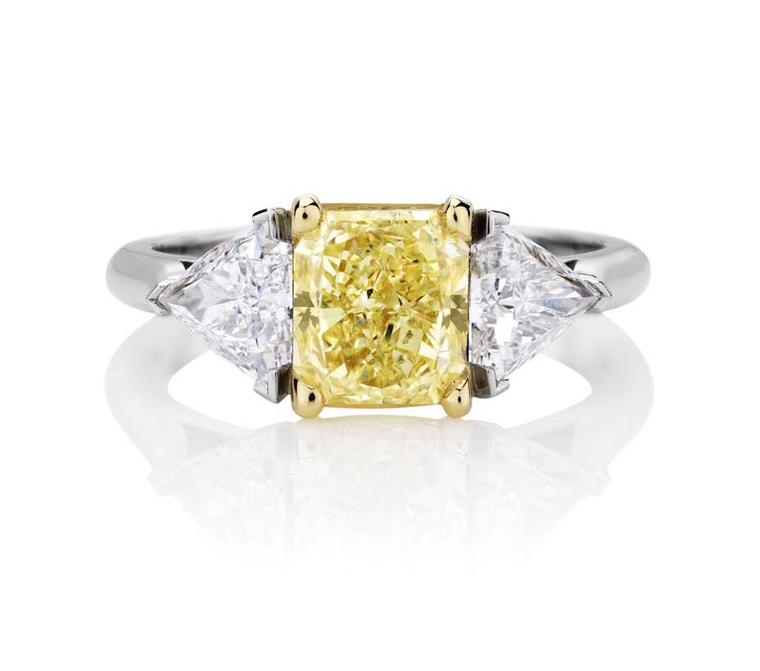 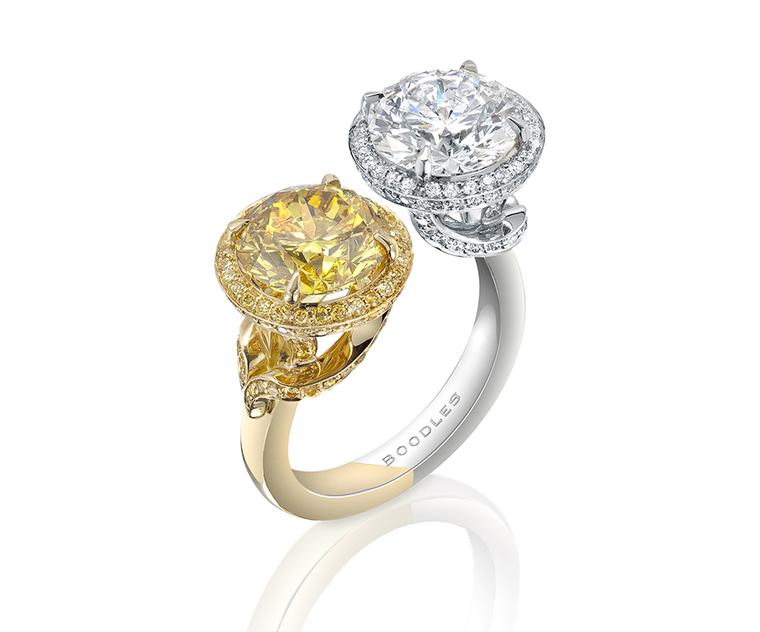