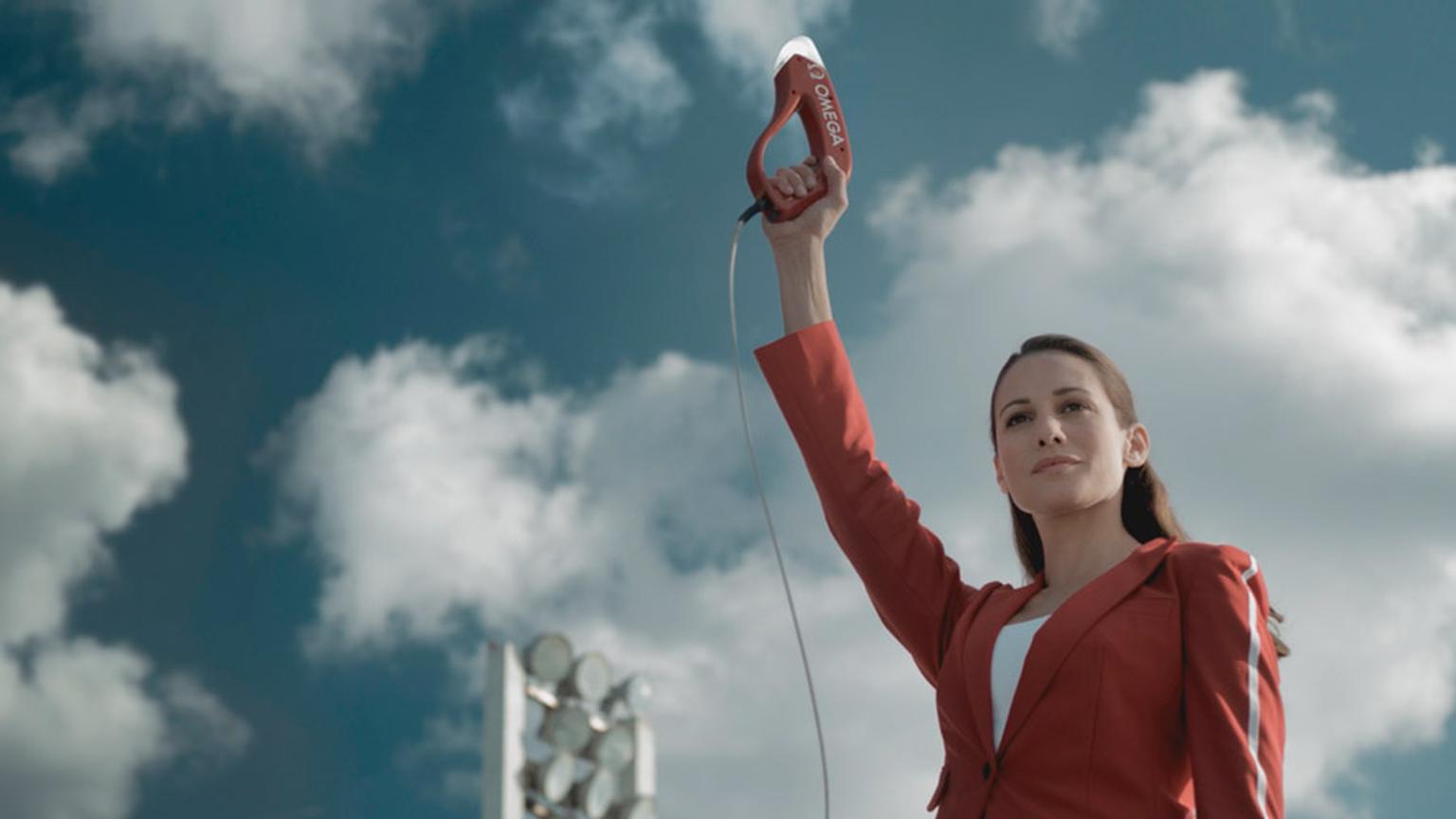 After years of preparation, planning, and up-at-dawn training for countless hopefuls, the London 2012 Olympic Games are nearly upon us. The Games themselves though are particularly important to watch giant OMEGA, who once again will be undertaking the crucial role of official timekeeper, making it their 25th time and eighty years since they first did so at the 1932 Olympic Games in Los Angeles.

With the help of their own Brand Ambassadors from all over the world, OMEGA have unveiled a brand new commercial that will surely get pulses racing in the lead up to the very first event. Featuring Brand Ambassadors and Olympic hopefuls such as Chinese diver Qiu Bo, U.S. swimmer Natalie Coughlin, British heptathlete Jessica Ennis, U.S. sprinter Tyson Gay, South African swimmer Chad Le Clos and U.S. pole vaulter Jenn Suhr, it's an exhilarating minute that for me perfectly encapsulates what the games are about and how exciting they can be in those key moments.

With the iconic Richards riff from the Rolling Stones' classic 'Start Me Up' from their 1981 Tattoo You album, the advert builds and builds until backed by Charlie Watt's steady rhythm and Bill Wyman's confident bass- the gun starts and the games begin. The riff has been specially remixed by star producer Don Was with OMEGA president Stephen Urquhart describing them as "the definitive London band and we are thrilled with this mix that breathes new life into a great song that the world has loved for thirty years".

Remember though that the games haven't begun, yet the advert manages to perfectly capture the sense of packed stadiums with baited breath the world over; this was all achieved by filming in South Florida at various stadiums and complexes including the 75,000-seat home of the NFL's Miami Dolphins. As British hopeful Jessica Ennis said "It's a great honour to be a part of this 'advert' and to be an OMEGA Ambassador. To be featured alongside so many other great athletes in this campaign is a real privilege."

Timing is critical for athletic endeavours such as these, and the chronological prowess of OMEGA will be key in deciding a lifetime's worth of focus, pain, and dreams; for those athletes destined for a glory afforded to so few, timing will be everything.