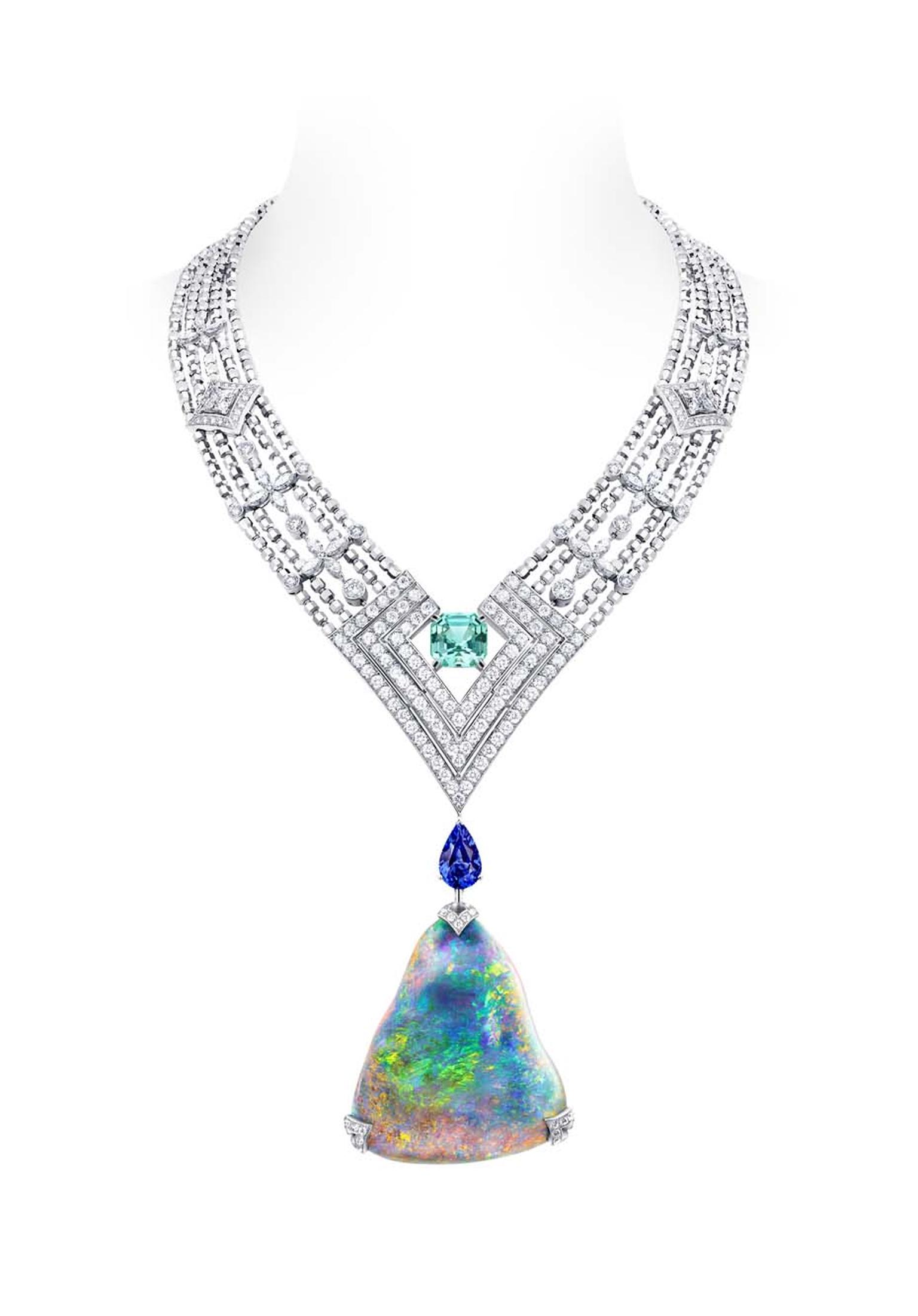 Looking at the confidence rippling through this collection, it's hard to believe that only six years have passed since the Parisian luxury brand launched its first collection of jewels. The introduction of bespoke monogramming in gold and precious stones in the 1920s set the scene for the launch, almost a century later, of the Maison's high jewellery collections.

The leading lady of the Art Deco-inspired Acte V is, without a doubt, the white gold Genesis necklace with its triangular 87.92-carat Australian black opal surrounded by Louis Vuitton's signature star-cut diamonds.

The distinctive V shape is a consistent motif throughout the collection, traced subtly in diamonds and coming to the fore on pieces such as the Apotheosis bracelet in onyx, diamonds and tsavorite. It symbolises not only the Roman numeral five, but also the Maison's signature ideogram, which was created by Gaston-Louis Vuitton, grandson of Louis, in the early 1920s.

The Acte V high jewellery collection recreates the avant-garde geometric shapes that were popular during the Art Deco period, a time of great creative freedom. Louis Vuitton was at the heart of this movement, with Gaston-Louis chairing the now legendary Exhibition of Modern Industrial and Decorative Arts in Paris in 1925. It was an exciting time for the maison, with clients such as Barbara Hutton, Greta Garbo and Douglas Fairbanks crossing paths in the order books.

Back to the present day and it's Acte V's turn to bask in the limelight. Defined lines and geometric forms come together harmoniously in gemstone rings, asymmetric necklaces and broad cuff bracelets. The gemstones that sit at the heart of the collection are superlative examples of their types, including a red Tanzanian spinel and a blue grey Burmese sapphire, both weighing over 20 carats, as well as kite-cut Afghan emeralds, meticulously selected for their size, colour and brilliance - a reminder that Louis Vuitton has, despite being relatively new to the business of fine jewellery, gained a reputation for its bold use of unusual gemstones of the highest quality. 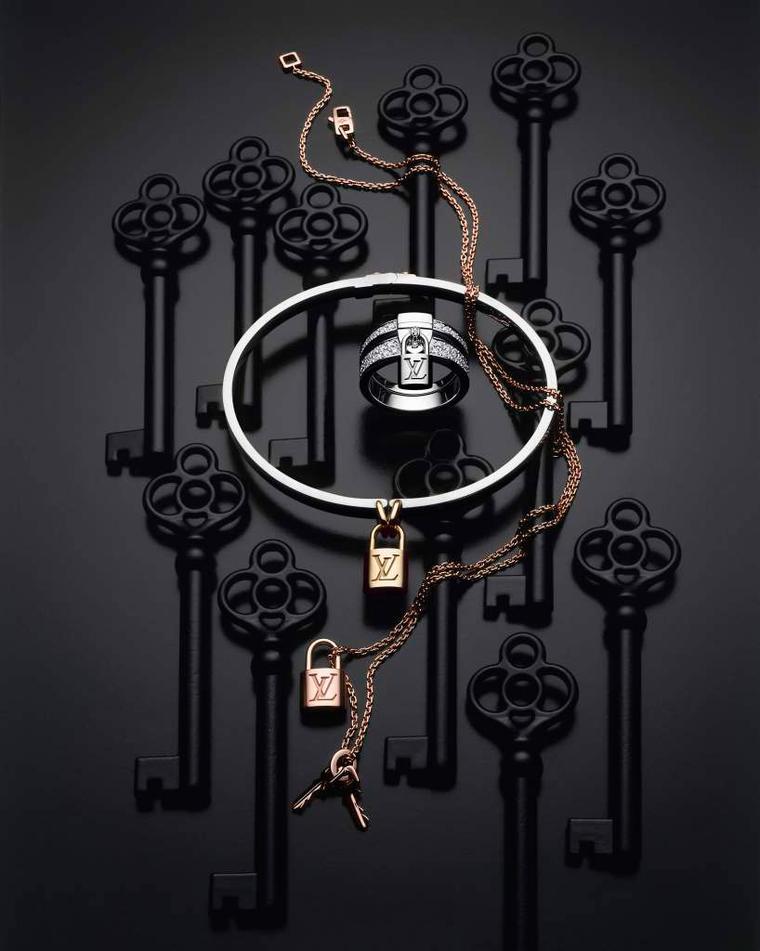 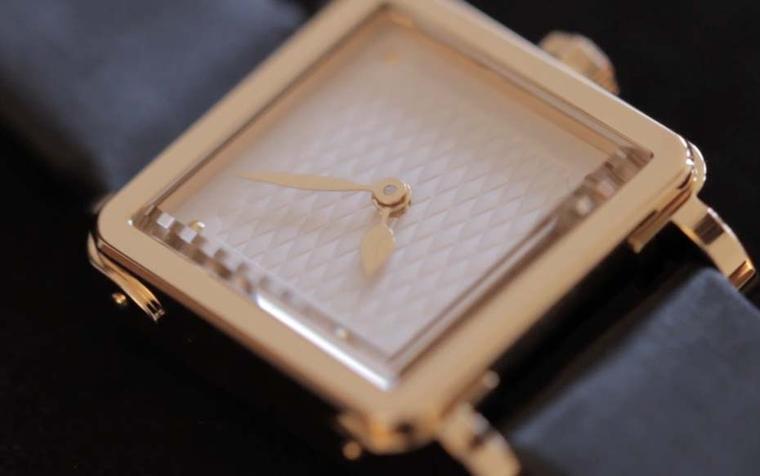