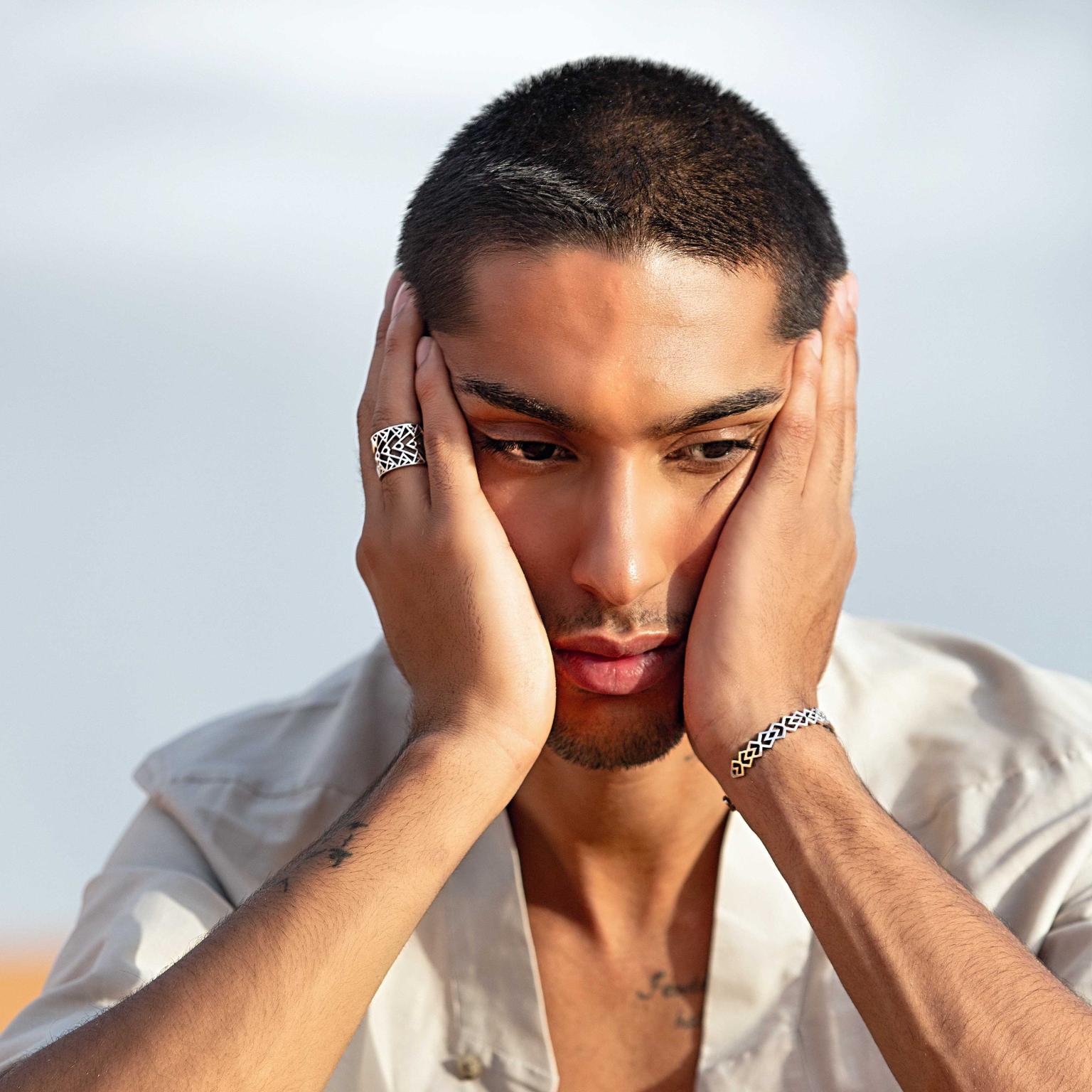 Julien Riad Sahyoun has created in just four years a body of finely honed, mainly genderless jewels that are perfectly in sync with our times. The subtle messages his jewels convey are gently and slowly are seeping into our consciousness thanks to their effortless universality and relevance. Born and raised in Morocco, Julien studied at the Gemological Institute of America in New York and California. Having travelled the world, today Julien finds a global voice for his love of Morocco’s rich culture and crafts.

Julien Riad Sahyoun  launched his jewellery brand JRS in 2016 and within just a few years his work has been recognised by retailers and industry bodies alike. His jewels are for sale at the prestigious department store Harvey Nichols,  cult-jewellery retailer Kabiri in London, the cutting-edge Montaigne Market in Paris and online with La Maison Couture. Julien was chosen as the Young Designer of the Year at UK Jewellery Awards in July 2019 and few months later was named Designer of the Year at the UK’s NAJ National Awards Ceremony. Uniting both commercial and design success in such a short time is testament to Julien’s quiet yet game-changing approach.

Julien is pushing the boundaries with eloquent designs that confirm that men and women are ready for genderless jewels of a more refined and nuanced nature.  Case in point: Julien is the first jeweller to show me a unisex ear cuff that looked totally at home on his lobe yet I am hankering after one myself. Likewise Julien takes stacking men's bracelets from the ultra macho or beach-buy realms into a new arena of sophistication. Design and craftsmanship are the heart of his jewels, qualities that are genderless by their very nature.

The majority of his jewels - such as Skin - are unisex and invite us to embrace tolerance and unity. Done with the lightest of touches, beauty comes first.  The fact they are genderless is a secondary benefit. A love of nature is evident in the Twiga collection that is based on the markings of giraffes while the delicate Babylon jewels whisper to us from a lost past as ancient texts are depicted in gold and diamonds.

Julien’s thoughtful approach to jewellery is evident in his tactile designs that are as much a personal pleasure for the wearer as a style statement. The Skin and Star Dream rings sit flat against the flesh, each curve gently smoothed and polished to almost melt onto the finger or neck.  The gold is perforated to allow a glimpse of the flesh, an intimate bond between the jewel and the wearer. When Julien does use gemstones, they are in sharp contrast to the organic molten form as seen to great effect in the Star Dream ring.

Julien’s wants you to feel a very personal connection with your jewels so they are made for stacking and layering as well as mixing and matching. Earrings are sold separately and bangles come in different widths.  Unafraid to break the rules, Julien mixes yellow, white and rose gold in one jewel.

The latest arrivals are the Twiga jewels that is inspired by the African giraffe's unique markings. Julien transforms the pattern  into abstract golden shapes that are fluid and sensuous, contemporary yet with an ancient soul. 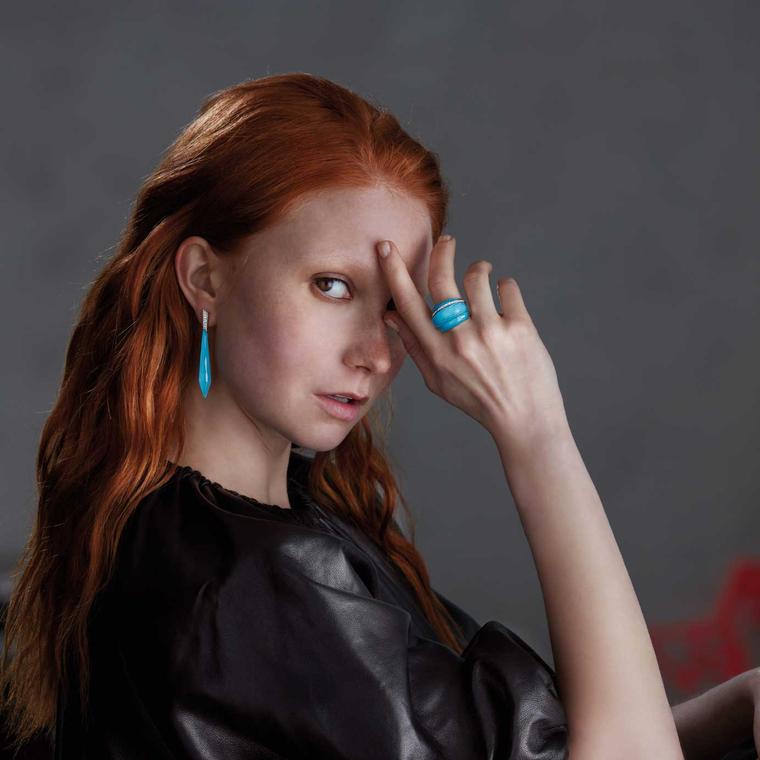 Stephen Webster CH2: get on board the fast track to style

Tomasz Donocik does it differently