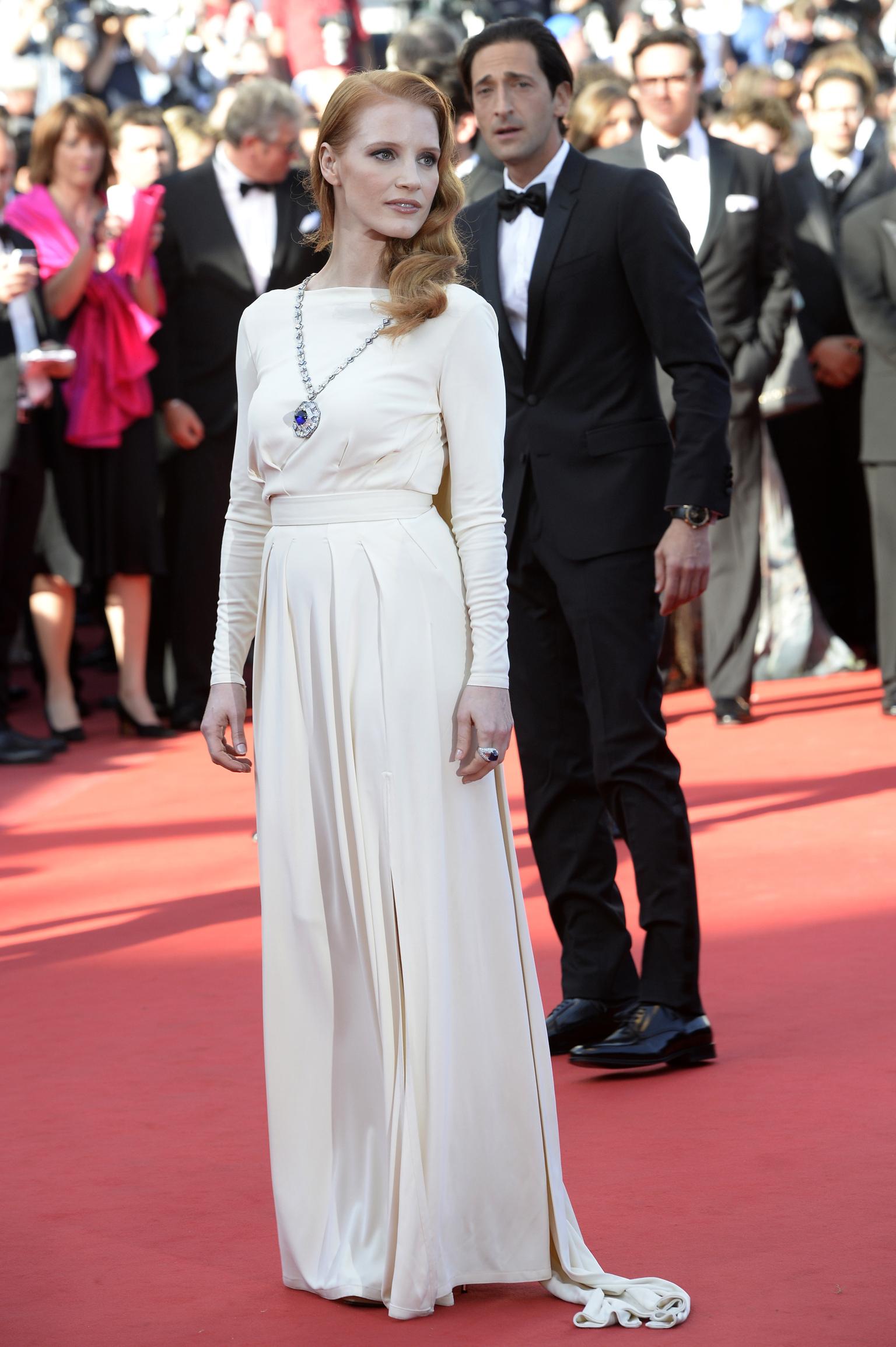 Bulgari and Twentieth Century Fox paid tribute to the 50th anniversary of Cleopatra at the Cannes Film Festival yesterday, where Elizabeth Taylor's Bulgari jewels stole the limelight once again, this time draped on the body of Jessica Chastain.

Following a screening of the newly restored Cleopatra film, starring Liz Taylor and Richard Burton, Jessica Chastain stepped onto the red carpet wearing the spectacular octagonal sapphire sautoir given to Taylor by Burton in 1972 and 'Trombino' ring, last worn by Taylor.

The ring is called "Trombino" as its shape is reminiscent of a small trumpet. Bulgari made this platinum ring in 1971 and set with a sugar-loaf cabochon sapphire of more than 25 carats. Like a typical Bulgari setting, it has a pavé of brilliant-cut diamonds and three baguette diamonds placed horizontally on the shoulders. The Trombino ring was first created in the early 1930s and is one of the most successful Bulgari designs. Bulgari press office tell me that Elizabeth Taylor casually came across this ring that perfectly complemented the magnificent sautoir she received two years before. The two pieces were not intended to be a parure, yet they became a "perfect couple".

Bulgari acquired these and other jewels belonging to Elizabeth Taylor at the Christie's auction of her estate in December 2011. Read more here. The sautoir alone achieved a price of almost US$6 million.

At the reception hosted by Jessica Chastain, the young actress added to the current trend for wearing jewels in the hair by appearing with Elizabeth Taylor's 'en tremblant' emerald and diamond Bulgari brooch lodged safely into the side of her locks. Matching the brooch, on Chastain's finger was the emerald ring, the first gift given to Taylor by Burton. Like all of Taylor's jewels, this brooch is loaded with significance and has a story to tell. Read more about Elizabeth Taylor's jewels here.

The filming of Cleopatra marked an important point in the couple's lives. It was where they first met, on the set of the film at Cinecitta studios, and began the lavish gifting of jewels, bought from the Bulgari boutique in Rome. Taylor's favourite Roman jewellery house, she recalls her visits in her book, 'My Love Affair with Jewellery': "Undeniably, one of the biggest advantages to working on Cleopatra in Rome, was Bulgari's (...) shop. I used to visit Gianni Bulgari in the afternoons and we'd sit (...) and swap stories."

Also on display was the original gold and turquoise mirror that Taylor bought after filming had finished as well as the original costumes from the movie. Adrien Brody, the Coen brothers and members of Elizabeth Taylor, Richard Burton and the Mankiewicz family were also present.

For the Academy Awards, Bulgari hosted a similar event at which Julianne Moore wore Elizabeth Taylor's jewels at the Rodeo Drive boutique. Read about it here. 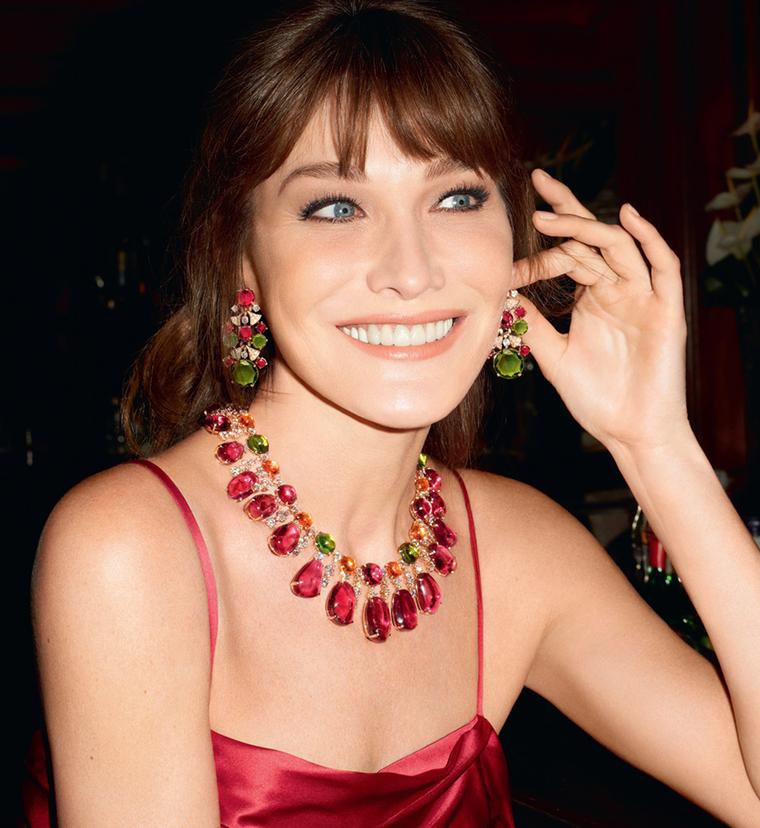 One of a kind Diva high jewellery by Bulgari 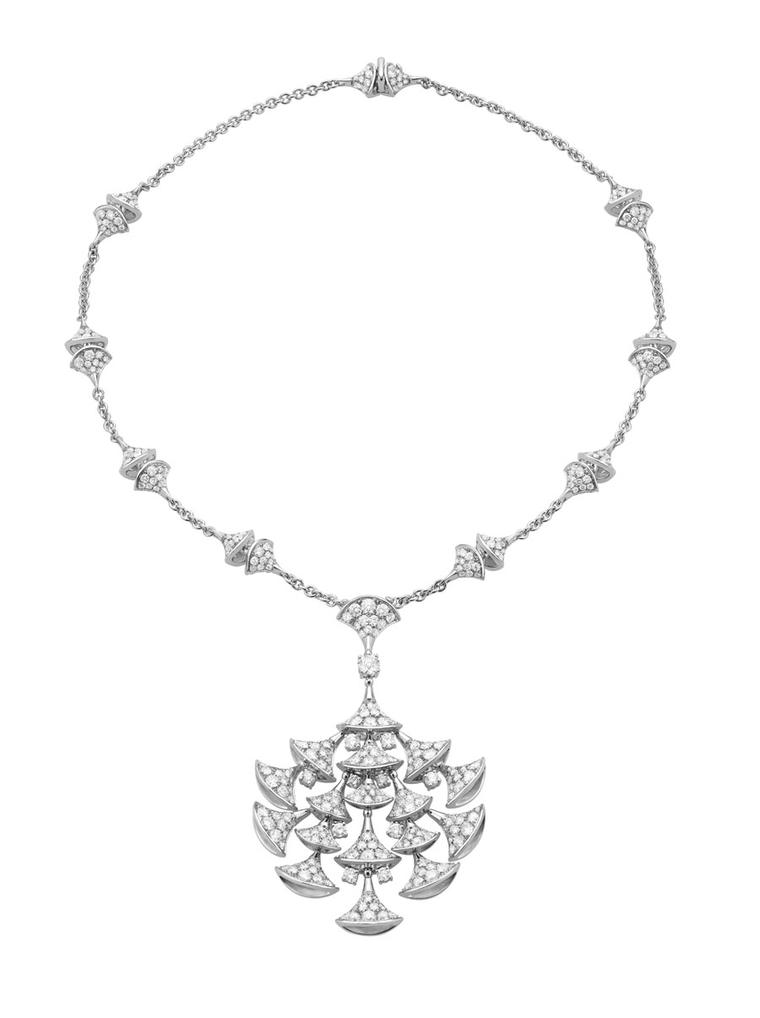 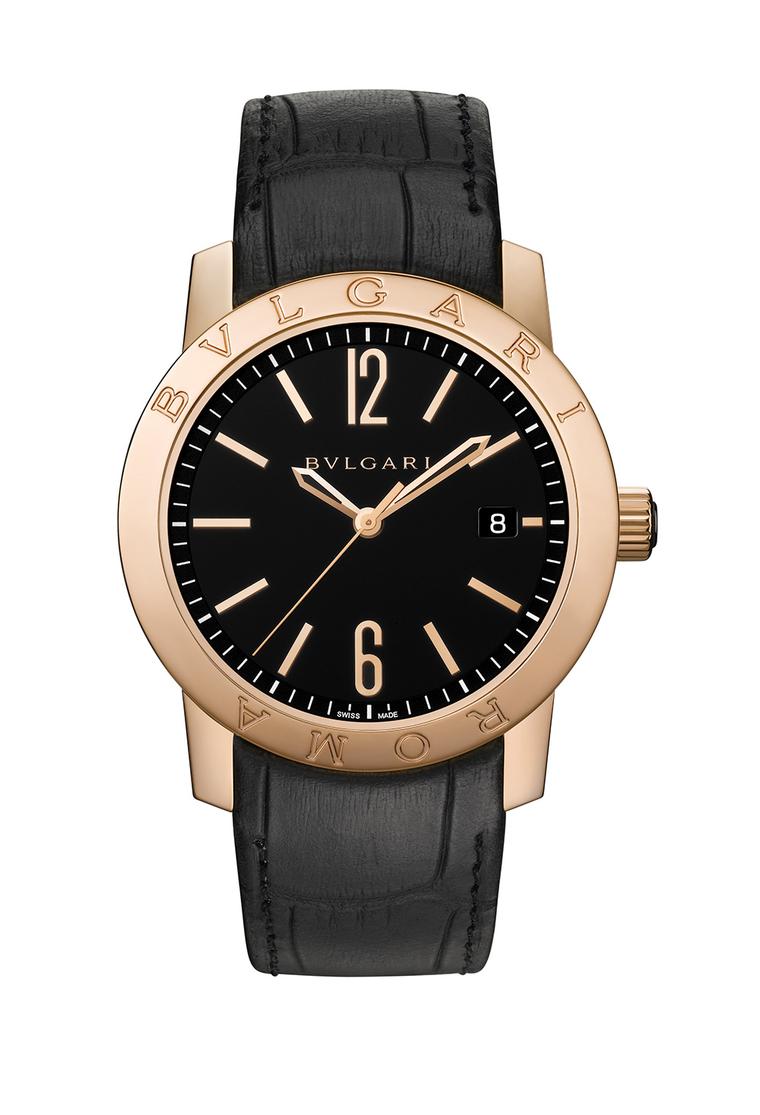