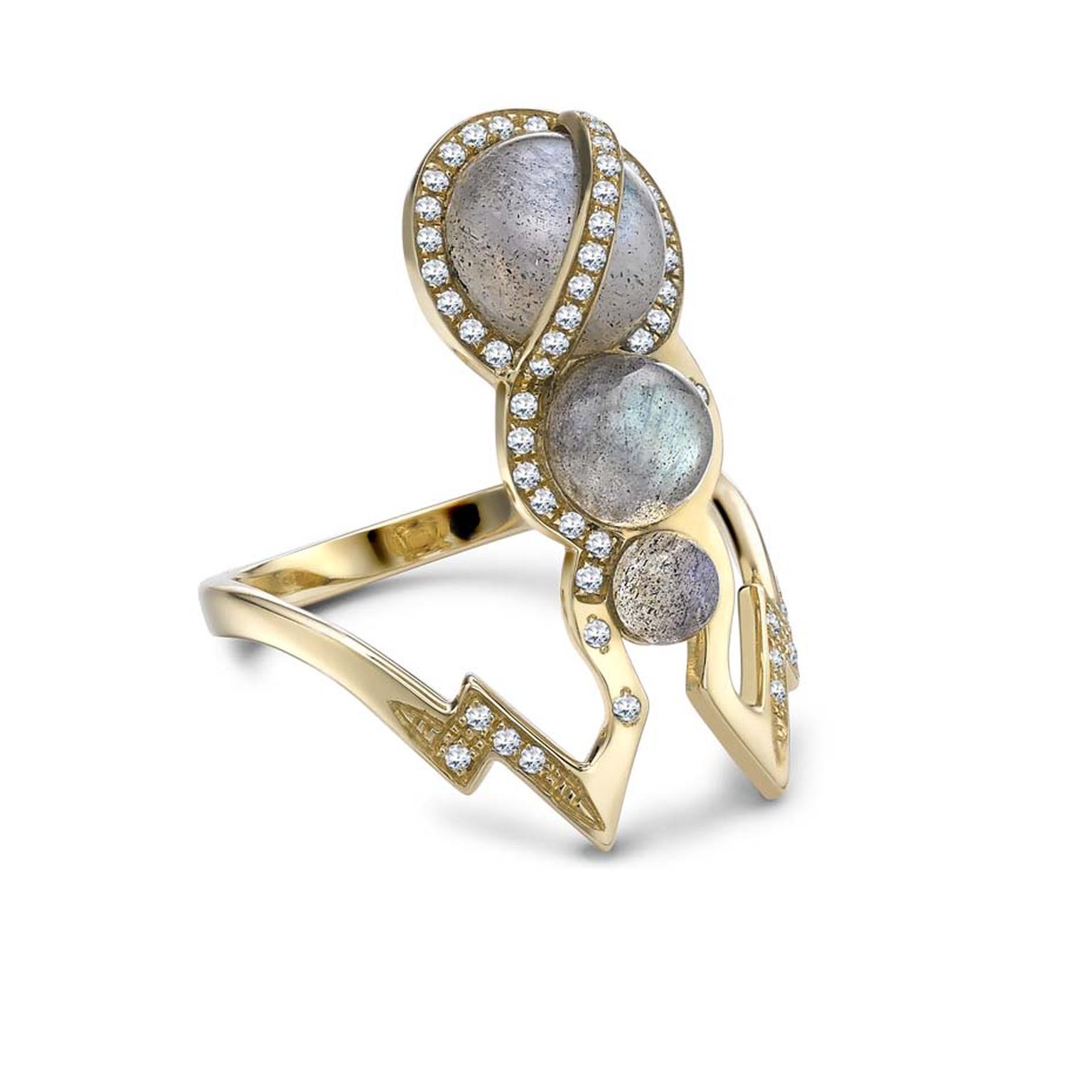 When you think of Greek jewellery, if the images that come to mind include jingling networks of gold coins and serpentine arm cuffs, you're in need of an update, because right now Greece is producing some seriously exciting and utterly modern fine jewellery.

The so-called birthplace of civilisation has not had an easy ride of late, but an economy in tatters seems to have bolstered rather than buffered the creative spirit of its designers. "I believe that every crisis gives birth to opportunities," says Yannis Sergakis, a member of Greece's new troupe of emerging fine jewellery designers. "It's like the phoenix rising from the ashes."

Yannis Sergakis jewellery features two collections, Charnières and Crochets, both incredibly delicate, minimalist gold designs set with tiny diamonds. The understated luxury of these pieces seems intentionally primed for the international hipster, yet Sergakis claims each piece is actually inspired by his Greek roots and the country's jewellery heritage - just translated in a new way.

"The ancient Greek jewellery one can see in a museum is a well-travelled image, and modern Greek jewellers from the 1950s onwards built on that," says Sergakis. "My generation is taking all that experience to create a different impression, a fresher approach, but also one that inherently carries the values of the older generations of Greek jewellery making. We are trying to leave behind our own impression."

Sergakis was one of a small group of Greek jewellers, which included Michael Pelamidis, who joined forces and travelled to Switzerland in March to present their work to the world's influential buyers flocking to Baselworld - the most important international jewellery exhibition.

Michael Pelamidis sets intriguing natural elements such as rutilated and rough gemstones or stingray skin into sculptural jewels. For Pelamidis - Parisian by birth but Greek by blood - the arrival of the Greek Village at Baselworld was not about an emergence of talent, but rather an unveiling. "There were always exciting talents in Greece but few could achieve success abroad," he says. "Going digital changed everything. The advent of the internet and social media made it a lot easier to advertise your work."

In the 10 years since starting his unique jewellery brand, Nikos Koulis has achieved the kind of international acclaim that the new pack of Greek jewellers are chasing. Despite travelling the world, he remains based in Athens and says his heritage is intrinsic to his designs, even if you can't make the connection at first glance.

"It is reflected in the geometry and the fluidity of my pieces - the colours I use and the combinations I make," he says. "In my early collections, such as Fontana and Phaedra's Box, which were inspired by the Ancient Greek architectural and deco motifs, my Greekness is dominant, whereas in my new collections such as Spectrum, V and Medusa, my heritage is transformed into a Mediterranean playfulness blended with a precise and strict spirit."

According to Koulis, the spirit of the Greek people is entwined with an authentic love of unique jewellery, and as more Greek jewellers step into the spotlight, it is a love that could spread like wildfire. 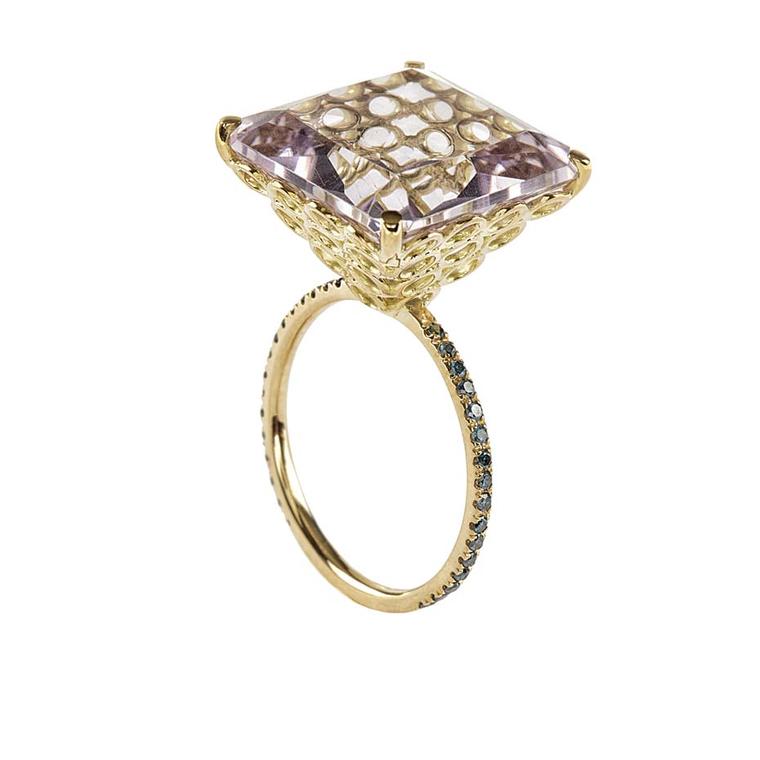 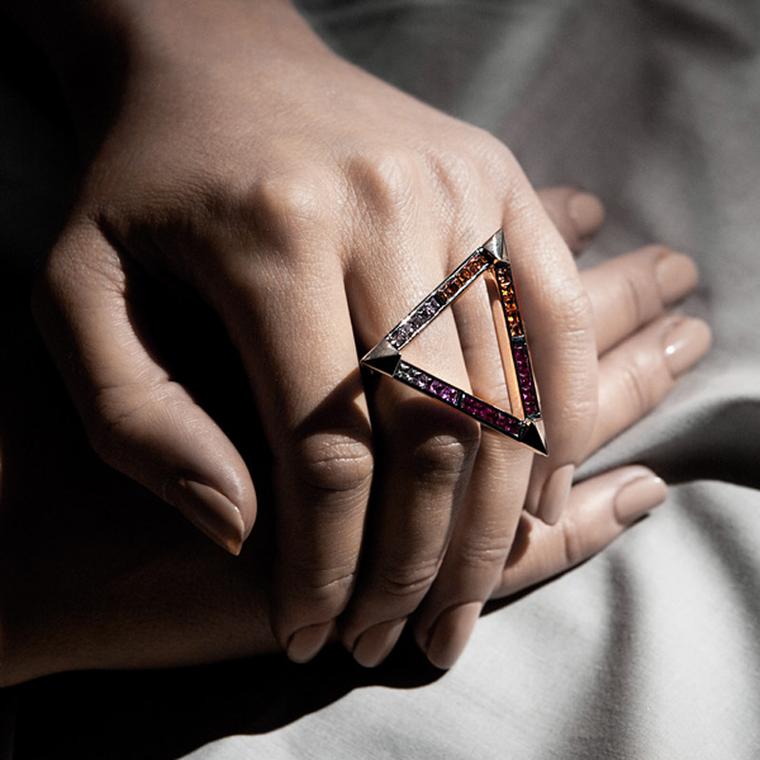