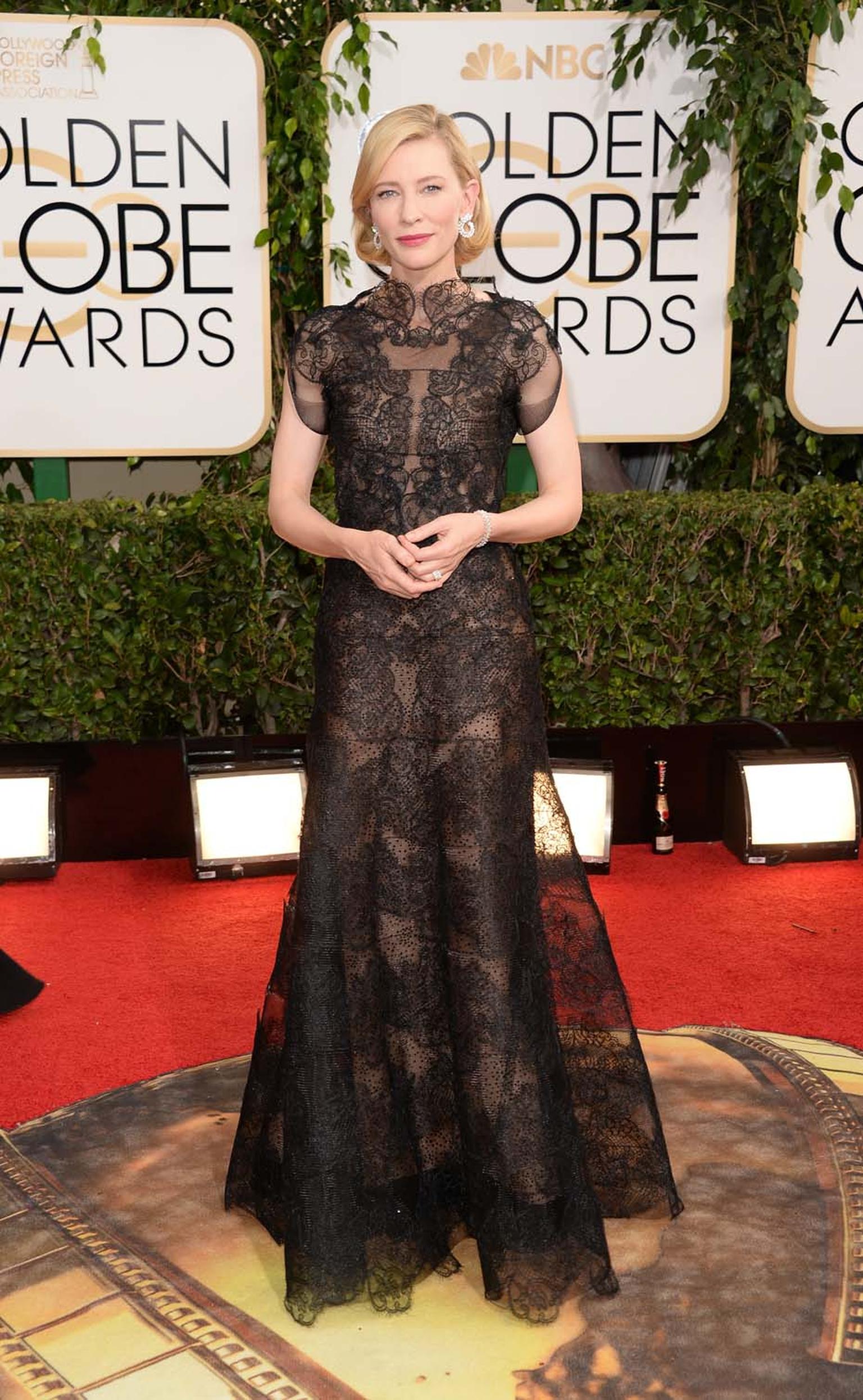 The 71st Golden Globes in Los Angeles last night were a treat for jewellery lovers everywhere. The Jewellery Editor reports from the awards venue, the Beverly Hilton, on the best of the red carpet's fine gems.

Double winner - in the style stakes and for the Best Actress in a Drama Golden Globe for her role in 'Blue Jasmine' - Cate Blanchett looked regal in an Armani Privé black lace gown and standout Chopard diamond earrings.

The flawless Australian movie star chose earrings that were not only beautiful but environmentally responsible, coming from the Swiss jewellery house's Green Carpet Collection.

New style star Lupita Nyong'o, nominated for Best Supporting Actress in 'Twelve Years a Slave', was a close second for best look of the night.

Her scarlet Ralph Lauren cape gown was the star of the show here, complimented by Fred Leighton jewels: diamond studs studs, a 4.0ct diamond and yellow gold ring circa 1970 and an 11ct cushion yellow gold and diamond ring dating from the 1950s.

Winner of Actress in a Supporting Role in 'American Hustle', Jennifer Lawrence almost lost one of her vintage bracelets on the red carpet. While being interviewed, she caught one of her Neil Lane black and white diamond pieces just before it hit the floor. Her diamond, jade, coral and platinum earrings, also by Neil Lane, were an elegant compliment to her gamine crop.

It was also a winning night for gold, from Naomi Watt's gold and diamond necklace from Bulgari's Heritage Collection, circa 1993, and gold Serpenti bracelet, to Emilia Clarke of 'Game of Thrones' fame in Sidney Garber's gold cuffs.

As always, many stars played it safe with diamonds rather than coloured gems, and more studs than chandelier earrings. It was a welcome sight, therefore, to see more daring looks from the likes of Emma Watson and Elisabeth Moss, who won a Golden Globe for her role in BBC's 'Top of the Lake'.

Moss wore modern gold and diamond triangle drop earrings by Jennifer Meyer together with her J. Mendel gown, and Watson took a risk with a look that might be more at home on the runway: an on-trend single pearl Dior earring and edgy Dior dress/trouser combo.

Finally, the award for life imitating art goes to Best Actress for a Comedy or Musical, Amy Adams, who wore a low-cut Valentino gown reminiscent of her 70s outfits in 'American Hustle'.

She accessorised it with a long Lorraine Schwartz gold and 30ct diamond pendant, gold Asscher cut diamond earrings and gold and ruby rings. If only she had had the perm to match.

PREVIOUS ARTICLE Crafted: Makers of the Exceptional exhibition in London puts the spotlight on exceptional craftsmanship NEXT ARTICLE The best proposal concierge services to help you pop the question with the perfect engagement ring 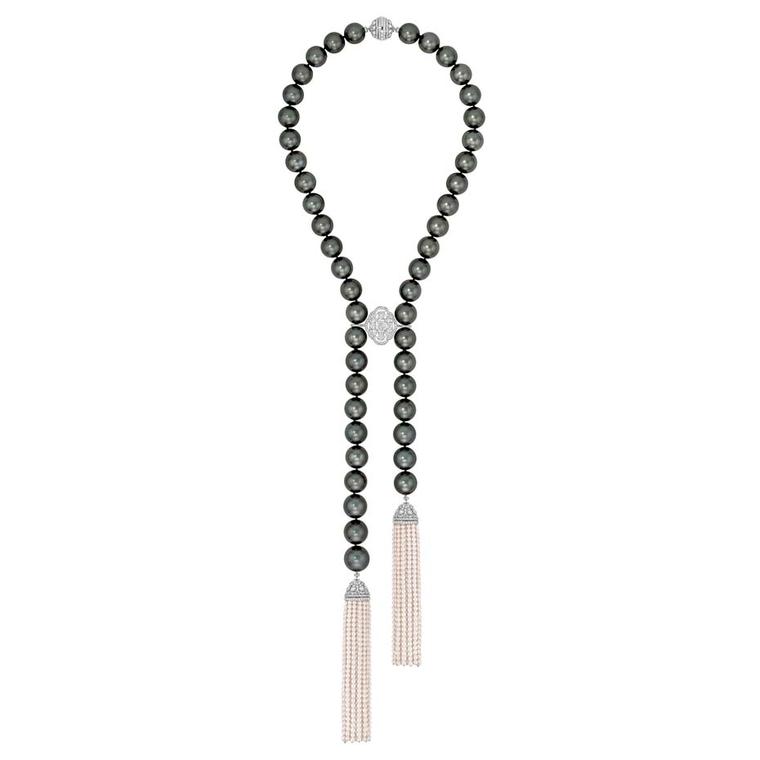