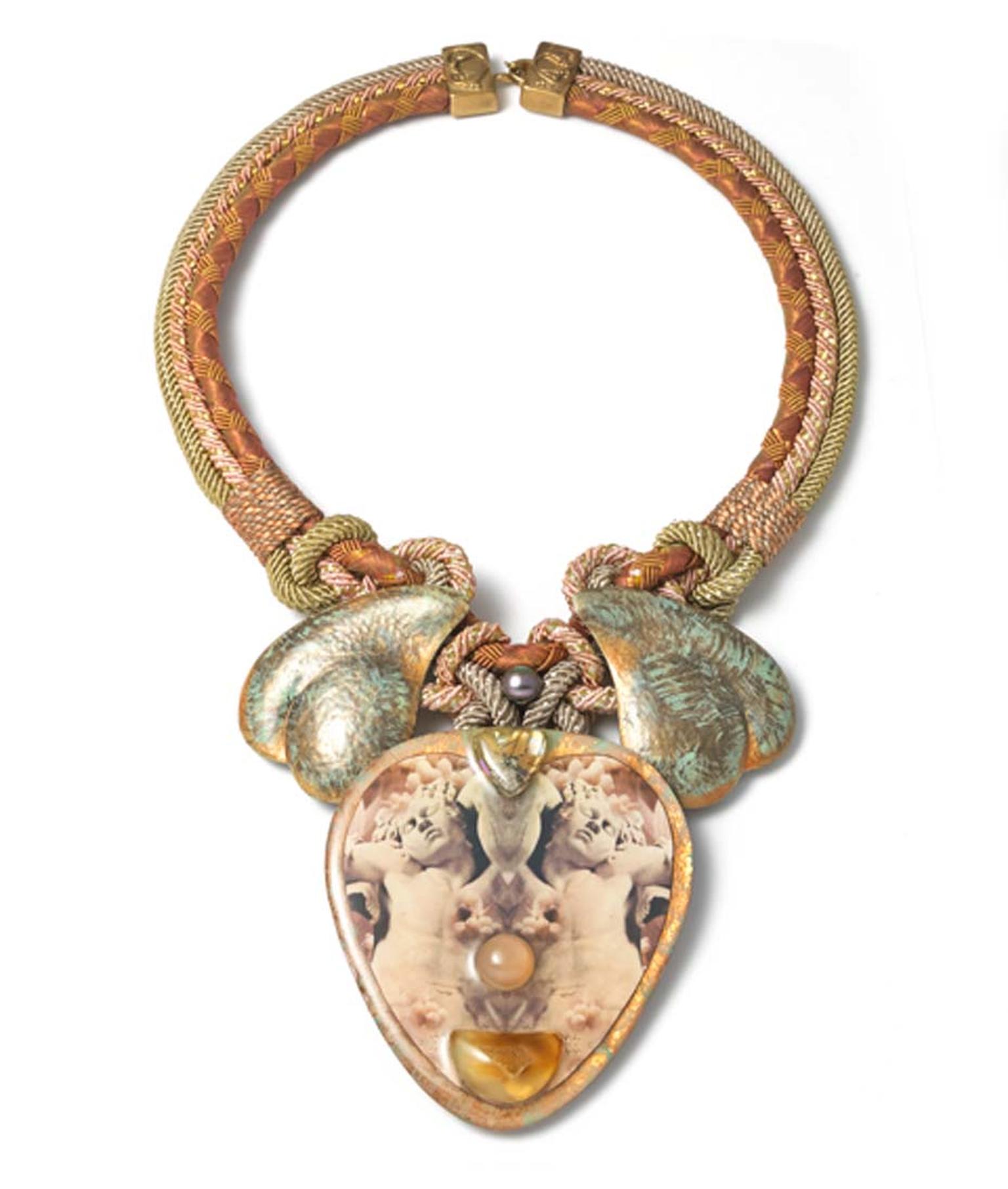 These materials are joined by an assortment of objects, such as reclaimed chandelier stones, to create a series of quirky, but undeniably beautiful, fashion jewellery collages. Using a technique called passementerie, the whimsical mini works of art are set into hammered copper and attached to colourful silk cording.

Now based in London, Lewis first came across Alex & Lee's work 10 years ago when he was working at LA's vintage store Decades.

Set up 35 years ago by Alex Mate and Lee Brooks, Alex & Lee jewellery was an integral part of the San Francisco Art to Wear movement in the early 1970s. Its flamboyant pieces incorporating global themes and innovative materials caught the eye of Salvador Dalí, who commissioned the jewellery house to create a display for the opening of the Dalí Theatre-Museum in Figueres, Spain. Eight of the jewels are still part of the museum's exhibit and Dalí's signature Alex & Lee piece, which he wore regularly until his death in 1989, is displayed at the entrance of his home.

After Alex Mate passed away in 1992, Greg Franke joined Lee Brooks and the pair continues to create unique jewellery collections with an emphasis on craftsmanship and artistic expression.

PREVIOUS ARTICLE A year of record breaking jewellery auction sales at Christies and Sothebys NEXT ARTICLE Louis Vuitton jewellery: a new video explores the design heritage of this legendary maison