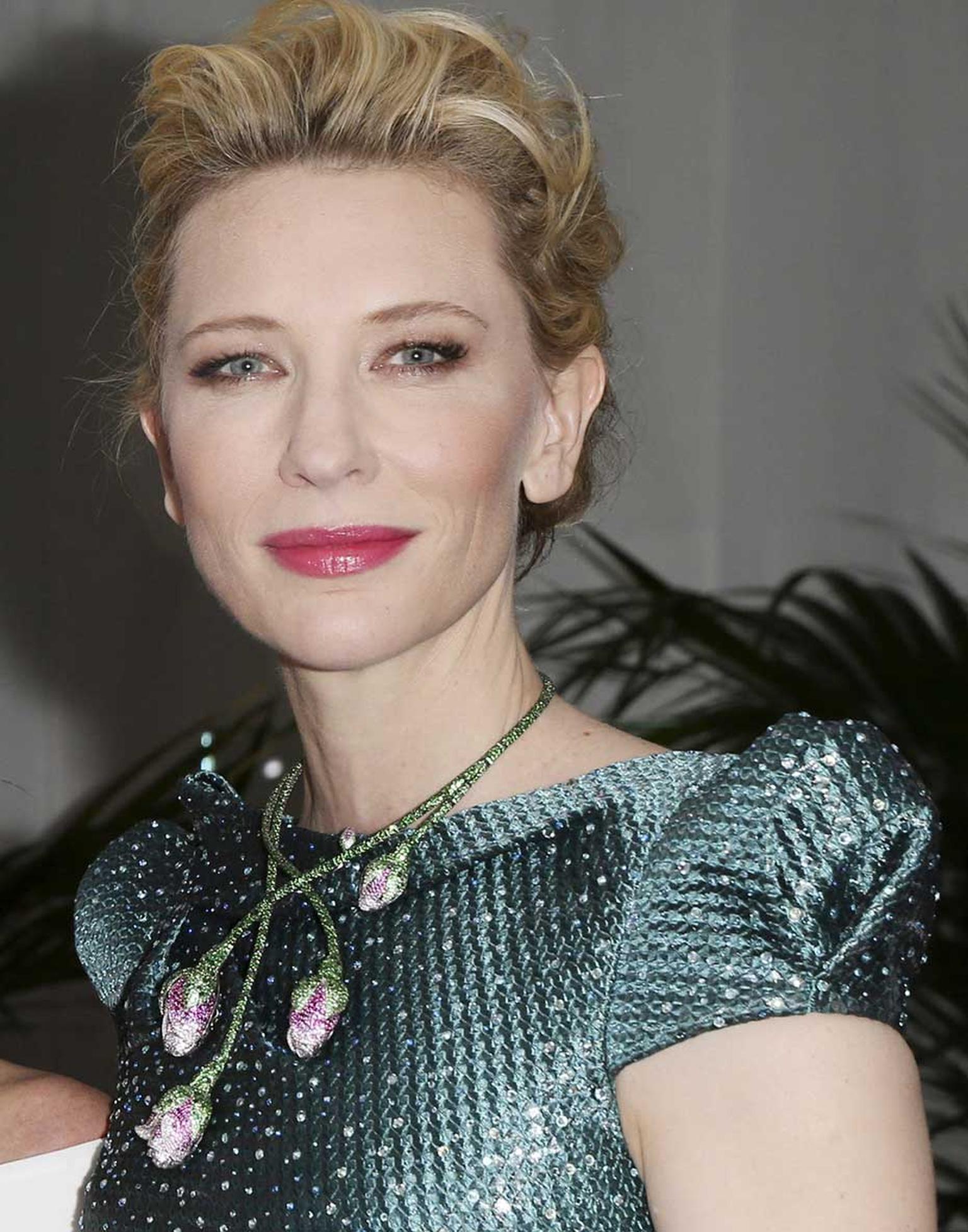 On day two of the 67th Cannes Film Festival, all eyes were on the leading ladies and their red carpet jewels as they attended the premieres, parties and awards ceremonies associated with the most glamorous event in film.

As patron of the Trophée Chopard, which aims to encourage new talent by naming them Best Young Actor and Best Young Actress of the year, Blanchett presented Adèle Exarchopoulos and Logan Lerman with awards at this year's ceremony, held at the Hotel Martinez. Already a fan of Chopard's Animal World jewellery collection - she wore a saucer-sized pendant necklace featuring three little birds sitting on a wreath of diamond branches to the 2014 BAFTAs in London - Blanchett chose a pair of unusual shrimp earrings that had already caught The Jewellery Editor's eye earlier this year at Harrods in London.

She teamed the fun earrings, featuring black diamonds, white diamonds, sapphire briolettes and lavender and brown sapphires, all set in rose gold, with a snail bracelet from the same collection, which Maria Doulton selected as one of her favourite jewels from Baselworld 2014.

After a quick change, Blanchett emerged at the Trophée Chopard after-party looking magnificent in a glittering sea-green dress, with sparkling roses draped around her neck. One of the most impressive pieces from Chopard's Red Carpet Collection, the floral necklace features hundreds of tsavorites, pink sapphires and rubies while remaining incredibly flexible. Across town, at the CK Collection & Euphoria Calvin Klein Celebrate Women In Film event, Naomi Watts wore what was easily the most diamond-heavy necklace of the day: a vintage necklace in platinum and diamonds from the Bulgari Heritage Collection, dating from the 1930s.

Earlier in the day, in the bright Cannes sunshine, actress Julianne Moore impressed fashion commentators when she stepped out on the red carpet for the premiere of 'Mr Turner' in a custom-made Louis Vuitton gown with a burgundy leather corset and spiral skirt in black embroidered satin. Her jewels didn't disappoint either: a pair of rich, red ruby and diamond wreath earrings by Chopard and two rose gold chain bracelets.

For all the jewels from the Cannes Film Festival 2014 red carpet, click here.

PREVIOUS ARTICLE Cannes Film Festival 2014: colour reigned among the red carpet jewels this weekend NEXT ARTICLE From talisman to star of high jewellery: a short history of aquamarine 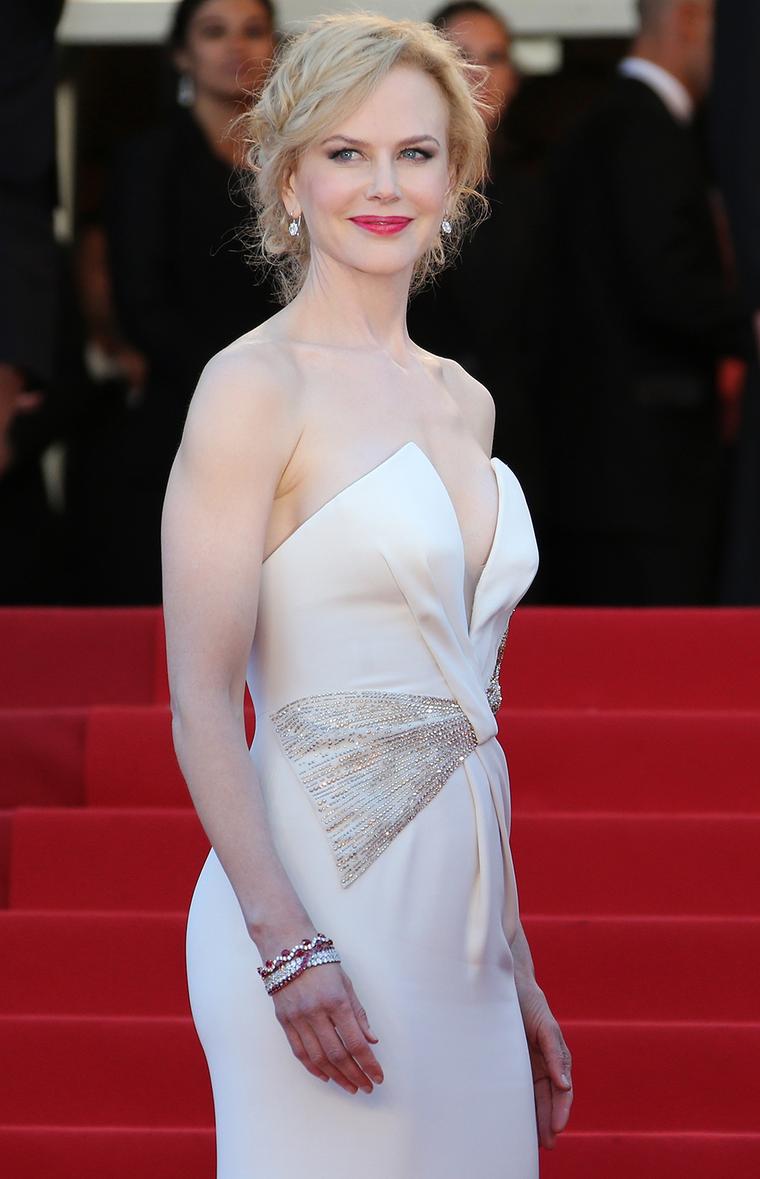 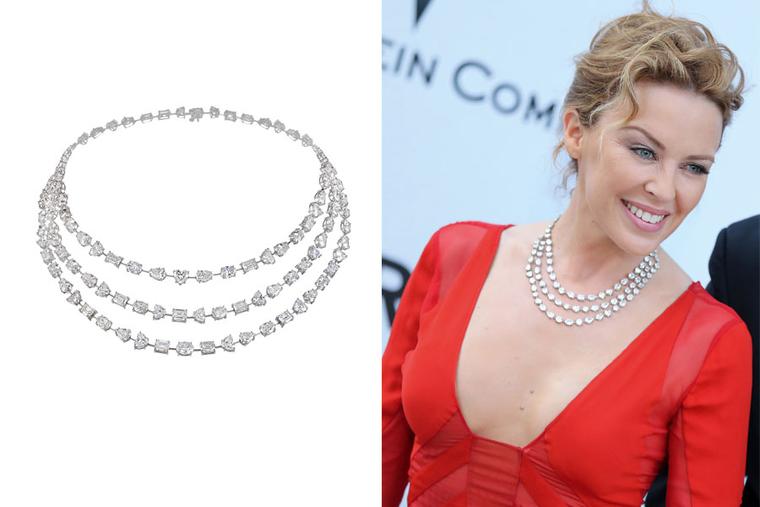 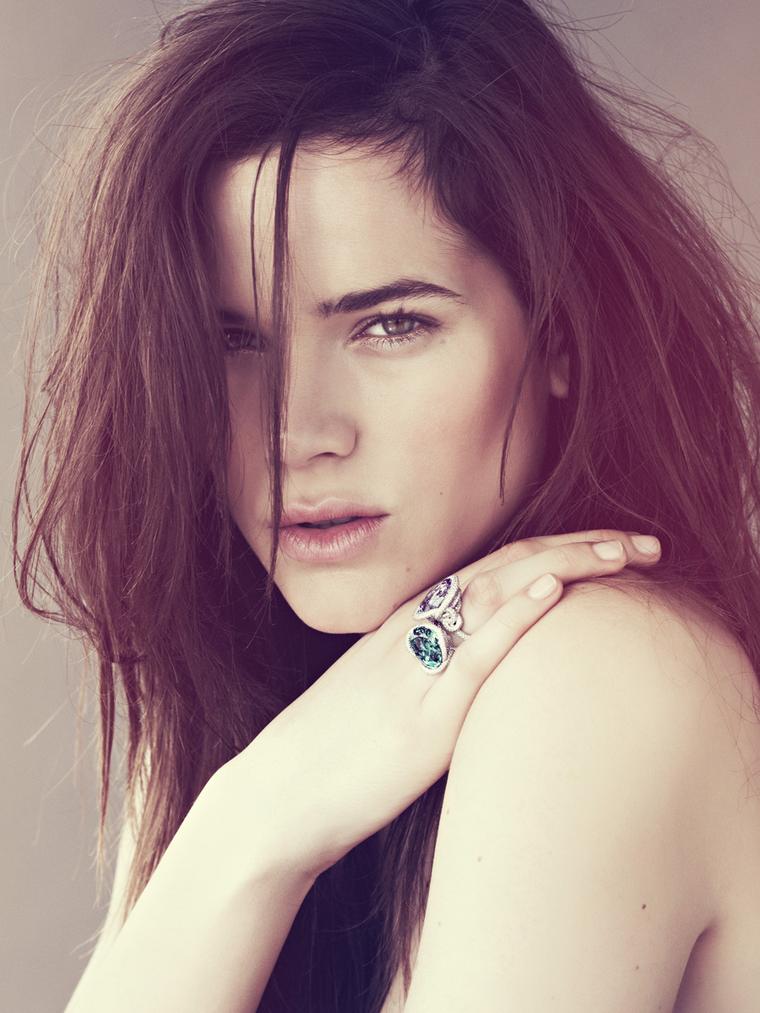