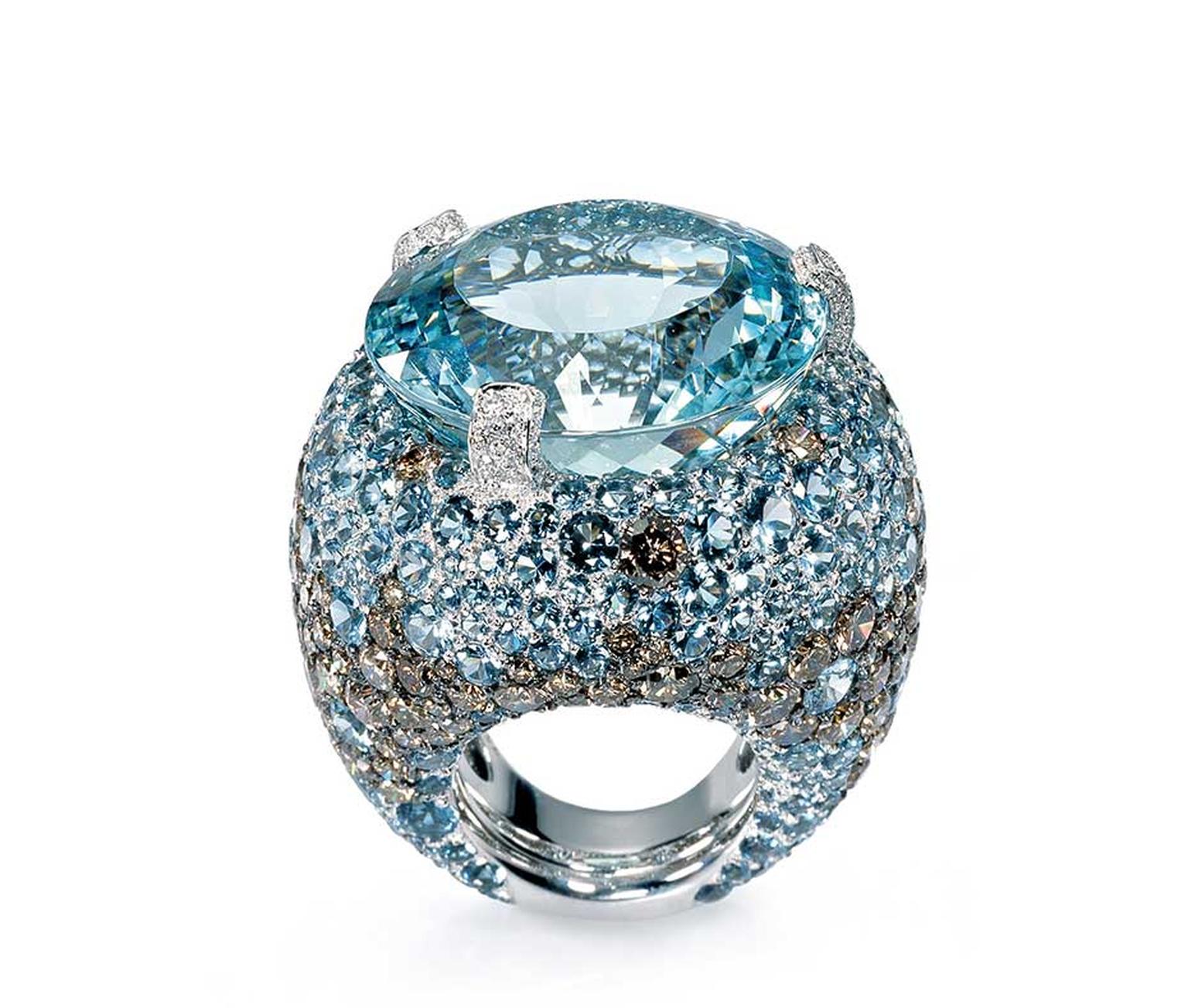 Like its name and its colour, the myths that surround cool, luscious aquamarine all have to do with the sea. Aquamarine is aligned with Neptune, god of the sea, and is the birthstone for March.  Since ancient times it has been considered the sailor's lucky stone. Legends tell how mermaids kept aquamarine hidden in treasure chests offering the gemstone to sailors in distress during storms.

While nearly all gemstones have been attributed healing properties, aquamarine has been mentioned in centuries-old documents as a panacea for arthritis, eye inflammation, sore throats and seasickness.

Aquamarine is a member of the beryl family, which is best known for its vibrant green emeralds. Although both aquamarine and beryl are from the same family, structurally they are very different stones. Both are beryllium aluminium silicates, but while emerald gets its colour from trace amounts of chromium and vanadium, aquamarine's colour comes from iron impurities inside the colourless beryl crystal. Occasionally a cat's eye or star effect occurs with aquamarine. These stones are especially rare and valuable.

Aquamarine is a hard stone with a vitreous lustre. Its colours can range from deep blue to nearly translucent. Because of its unique glitter, many people prefer the lighter stones to those more saturated with blue. Its hardness makes it a favourite among gem cutters, allowing them to experiment with innovative cuts they wouldn't dare try on a softer stone.

Tiffany & Co. designed an elegant 1920s-inspired necklace featuring a 49.59 carat emerald-cut aquamarine with diamonds and platinum and matching platinum drop earrings for the 2013 Great Gatsby film. And earlier this year, a Bulgari necklace featuring a prominent 13.05 carat aquamarine, protected by a coiled, diamond-encrusted snake, was sold to singer Justin Bieber during the Cannes Film Festival's annual amfAR Cinema Against AIDS auction. He outbid actor Leonardo DiCaprio and paid $545,000 for the Serpenti necklace, which he gave as a very generous gift to his mother. 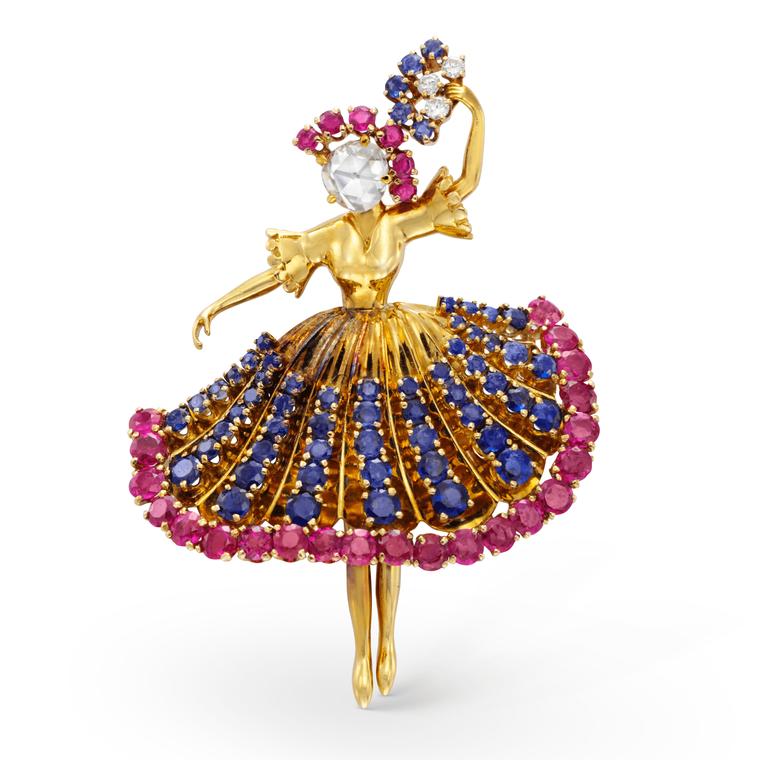 The influence of colour in high jewellery through the decades 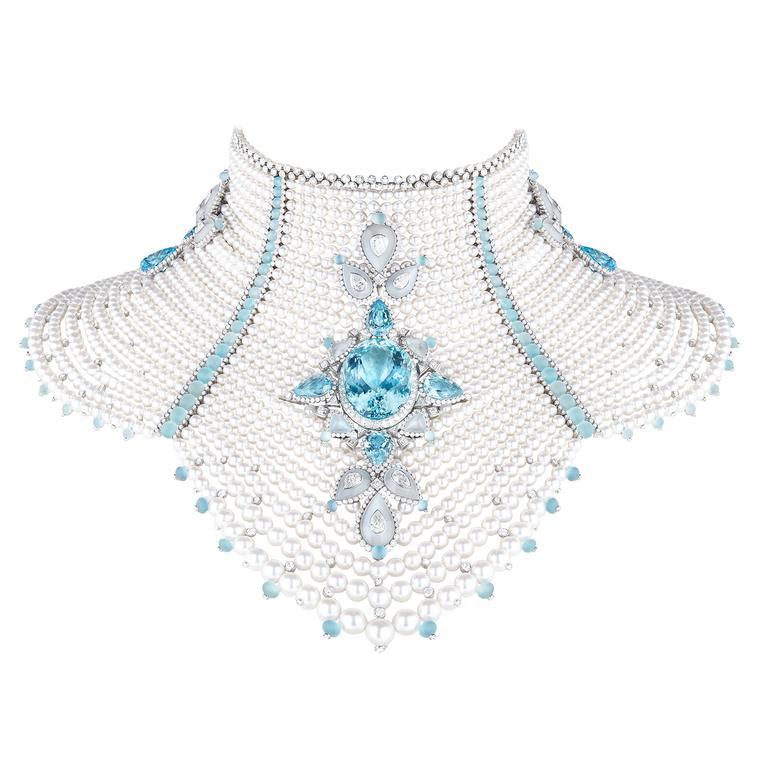 Aquamarine, March's birthstone: a history of this fascinating gem 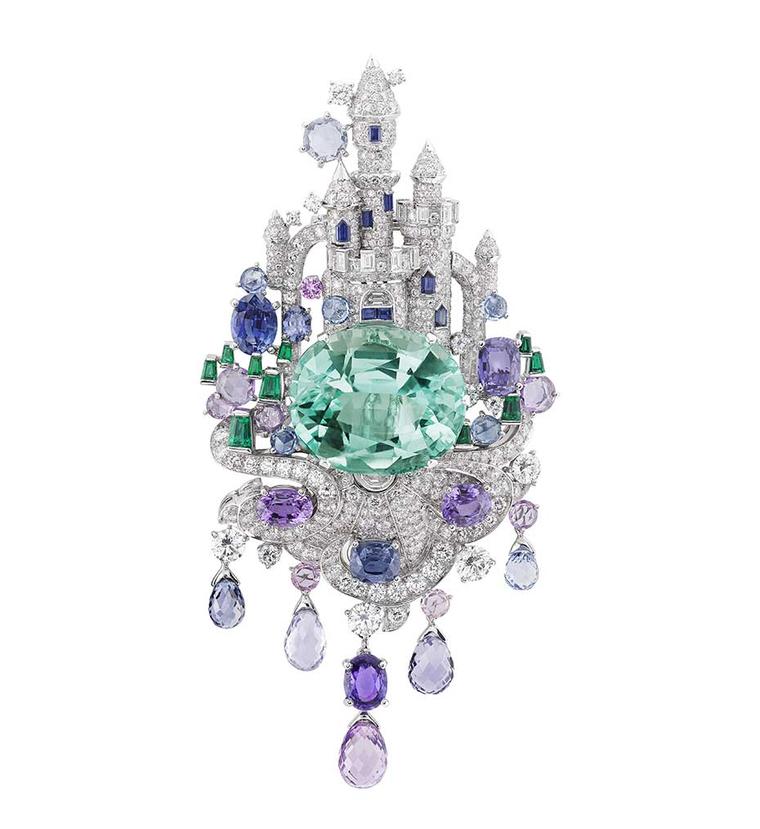