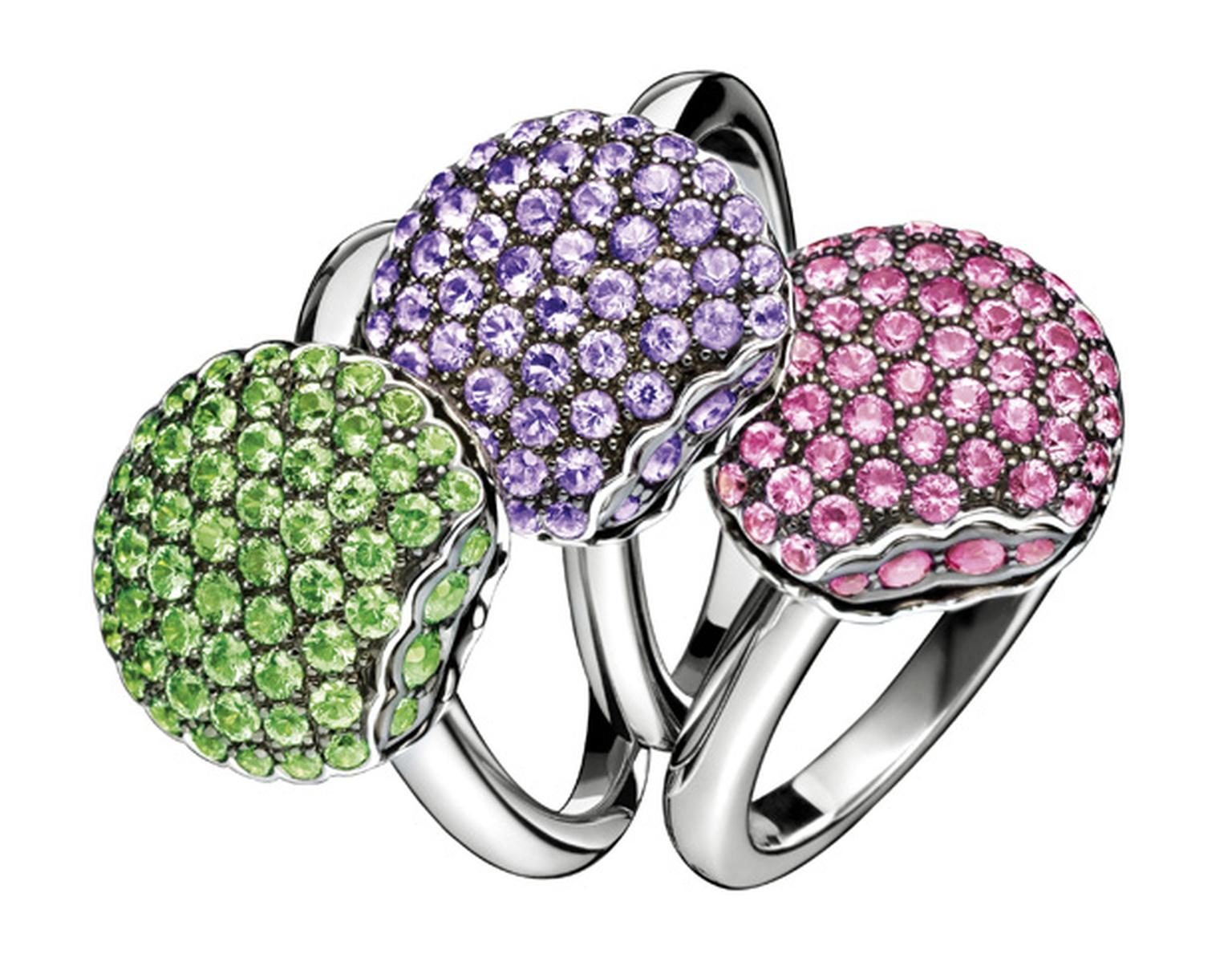 Boucheron bring a touch of Paris to their Bond Street boutique with an entirely new design for both the inside and outside of the shop. Light streams in through the golden screens and lights up the diamonds and brightly coloured precious stones burning away in exotic designs and precious creations.

But first a bit of history: the House of Boucheron, one of the historic Place Vendome jewellers, for 150 years has been the place to go for sensual and enigmatic jewels and the choice of film stars, maharajas and billionaires. But don't expect stuffy, formal jewels because Boucheron pride themselves on being the most sensual of jewellers which is what attracts those after something with a little 'frisson' and excitement.

Colourful stones, clever designs and opulent materials make for highly desirable jewels that appeal to the most extravagant and sophisticated tastes. Think golden, gem-fanged serpents wreathed around the wrist, bejeweled tassels dangling in a voluptuous décolleté and brightly coloured macaroon rings with a greedy bite taken out of them. Boucheron is about indulgence and above all pleasure.

Founded in Paris in 1858 by Frédéric Boucheron, the house was the first to move in to Place Vendome after the sweep of elegant buildings across from the Ritz Hotel was inaugurated in 1898. Frederic Boucheron chose the corner of Place Vendome for his boutique because it received the most sunlight through its high windows to showcase his the brilliance and size of his stones.

But today we are in the London boutique to have a look at the results of the complete revamp that has taken place. Boucheron opened its first boutique on Bond Street in London in 1903 and the refurbishment is in the spirit of Frederic Boucheron's original Place Vendome boutique.  Like the Parisian boutique it is situated on a corner, in this case Bond Street and Grafton Street.

And like Place Vendome, the new boutique is full of light as luminosity was an important part of the design brief. The entire building has been re-clad in a light coloured marble that actually looks like the warm stones of the buildings of Place Vendome and these brass window frames echo those in Place Vendome. Light filters through the woven gold French lace and Arabic macharabieh lattice, exactly as it does in the mother store in Paris.

Boucheron is different from the other historic jewellers as their designs are playful, elegant, brilliantly colourful, and above all sensual. Rather than just rely on their rich history and archives recent partnerships include Max Busser, Marc Newson and even the Cirque du Soleil and British Jewellery Shaun Leane. So unique are the House of Boucheron's creations that they enjoy a clientele that has included the British Royal Family, Queen Farida of Egypt, Queen Rania of Jordan, Oscar Wilde, Marcel Proust, Rita Hayworth, Marlene Dietrich, Greta Garbo, and Kristen Scott Thomas.

As for the products, Boucheron's designs stand out for their audacity. Facetting gold itself, much like you would a stone, is a house staple as seen in the Quatre line where gold sculpted into a gadroon, or pyramid shape, or into lines, points or facets. This is also the workmanship seen in the famous Reflet watches created in 1947 with the case of ribbed with gold bands.

Boucheron is all about women, be they the feminine artifices of seduction and the power of suggestion of the boudoir. The Mystic Orient is another theme running through Boucheron's history. Women like Nefertiti or Cleopatra, and dreams of the East inspire richly decorated jewels.  Curves are enhanced by precious stones in spirals, arabesques or tassels.

I love the story about  the Maharajah of Patiala who in 1928 arrived with six chests laden with pearls, diamonds and emeralds to have set into Boucheron creations and it is the spirit of fabulous jewels and magnificent indulgence that you can still see in the designs.The Cinna Pampilles picks up the spirit of the light yet opulent drop-shape gems created by Boucheron for the Maharajah. Palatial decorations and the richness of zellige-style patterns are rediscovered in the shaded colors of Sheherazade. Trouble Desire speaks through jewels of the torment of passion.

And then of course there are the famous animals of the Cabinet of Curiosities. But these are not majestic panthers or pretty fairies but weird and wonderful creatures, often those that only appear after dusk. With the spirit of 'art nouveau' and exotic exploration in the air, Fre´de´ric Boucheron himself designed enamel and diamond beetles, serpents and dragonflies. Like an art collection, this Cabinet of Curiosities is enriched with new pieces each year - the owl, chameleon, swan, frog and snail with a shell set with diamonds are the most recent arrivals.

Of all the animals , the serpent has been the house symbol since 1878. The serpent dazzles and coils up within its shimmering scales while at the same time healing and tempting, venomous and redeeming. In theTrouble gold ring and the Pythie ring where it wraps its body around the stone in a protective manner, the bewitching beauty of the serpent has inspired creations shrouded in mystery and inspired the famous question mark necklace without a clasp.