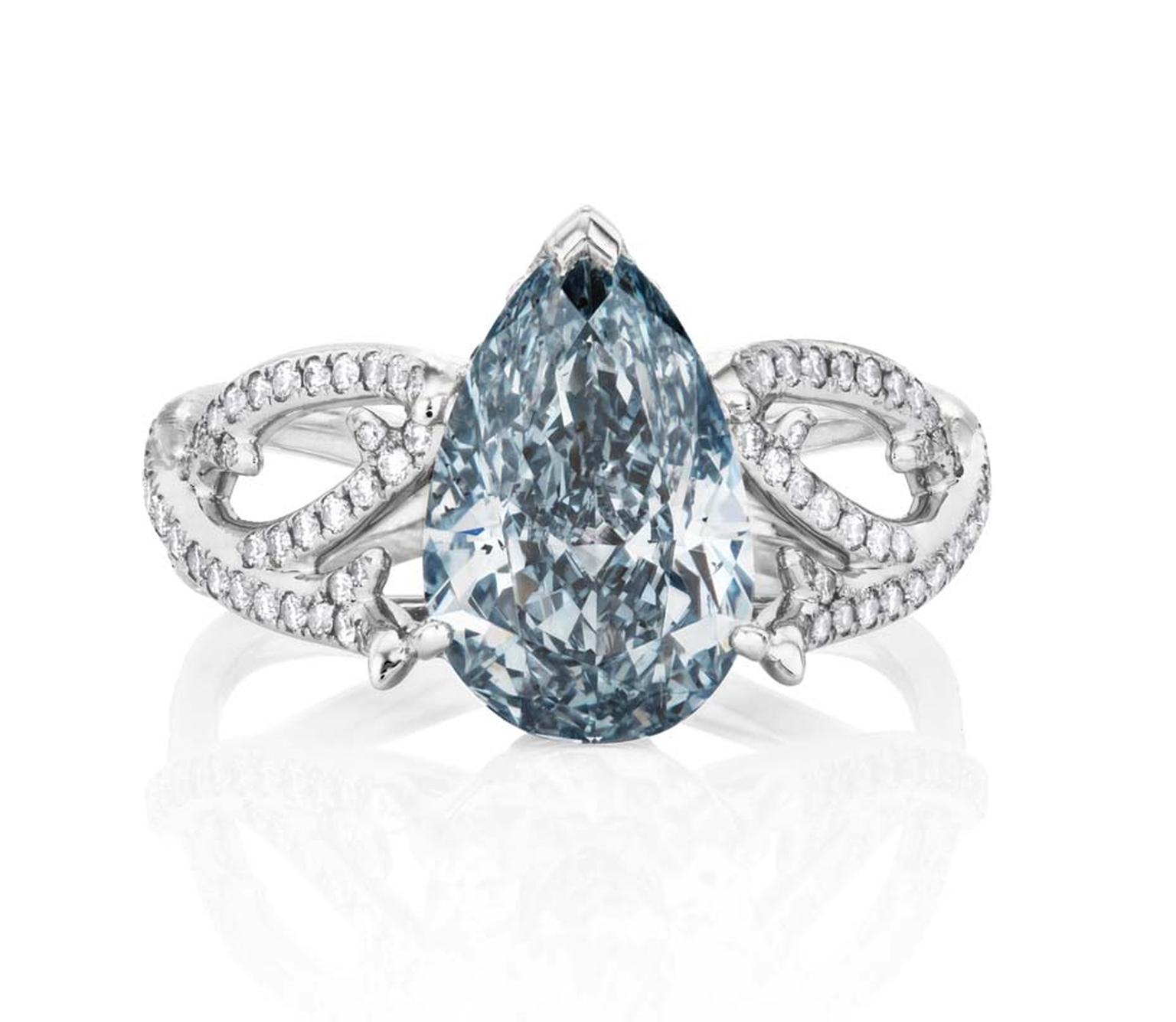 Despite blue diamonds being one of the world's most elusive gems, last year was a busy one for the coloured gemstone. A new auction world record was set, and two sizeable roughs unearthed; but don't let this fool you - blue diamonds are still incredibly rare, and increasingly desirable.

"Fancy blue diamonds are almost as rare as green or red diamonds, and the rate of discovery has slowed to a trickle," says Andrew Coxon, president of the De Beers Institute of Diamonds. "Only a few diamond mines produce blue diamonds and their value has soared in the past 10 years as more collectors seek to own one. However, their availability remains limited by Mother Nature - she stopped producing them at least one billion years ago."

Blue diamonds, often cut in cushion or pear shapes to best enhance their colour, are a natural phenomenon caused by the presence of the chemical element boron.

Petra Diamonds owns the Cullinan Mine in South Africa, which is the world's most reliable producer of the blue diamond, but even here their discovery is an oddity. In the six years that Petra Diamonds has operated the mine, five million carats of diamonds have been unearthed, yet there have been only five world-class blue diamonds among them.

Many of the world's most famous blue diamonds have ended up under the guardianship of Graff, and last September at La Biennale des Antiquaires in Paris, the jeweller unveiled another: a 10.47ct fancy vivid blue internally flawless briolette diamond set in Le Collier Bleu de Rêve, alongside a 4.22ct old-mine Colombian emerald.

"To acquire a blue diamond such as this is a once-in-a-lifetime opportunity," says Francois Graff, chief executive of Graff Diamonds, who praises the precious stone's "hypnotic depth". "I truly believe that a decline in the number of new and important coloured diamond discoveries is set to continue, which will inevitably lead to an increase in value over time."

Petra Diamonds says the Cullinan will yield more blue diamonds, but it just can't predict when, and last year it did produce two important high jewellery finds: a 29.62ct rough sold to New York diamantaire Cora International for US$25.6 million, which has since been transformed into a 12ct cushion cut named "The Blue Moon"; and a 122.52ct rough, yet to be unveiled in its polished form, which was sold for US$23.5 million to a polishing partner of Petra's.

Meanwhile, at Christie's Geneva in May last year, a new world record was set when a 13.22ct pear-shaped fancy vivid blue flawless diamond sold for US$24.2 million to Harry Winston, which has since been renamed "The Winston Blue".

These are exceptional prices for exceptional stones, but what about smaller blue diamonds - how do they compare to white diamonds in price? In answer, London jeweller David Marshall, who recently set a blue diamond against two pink diamonds in a crossover ring for a private client, says: "I've just compared two stones, both are 0.50ct round brilliants with VS1 inclusions, but one is a white diamond with an F colour, and the other is a fancy blue," he says. "The blue diamond would retail for 2,200% more than the white."

Undoubtedly blue diamonds, which ancient societies believed held a protective power, carry a premium but they are not solely the reserve of the super rich. There are a number of designs out there with accessible prices, such as the Age of Discovery high jewellery collection by iKuria, which sets blue diamonds in recycled gold. "Blue diamonds take the designs to a different dimension," says iKuria designer Ikuko Kurahone, when asked why she did not opt for less expensive topaz or sapphire. "My clients love to see blue diamonds. Some of them are serious gemstone lovers and they look for something rarer."

And with even the mines uncertain of when the next blue diamond will appear, you certainly don't get much rarer than these gemmological bolts from the blue.

Read about a trio of blue diamonds at auction

PREVIOUS ARTICLE Baselworld watches: the best of the best men’s timepieces NEXT ARTICLE Gemstone of the month: opals for October 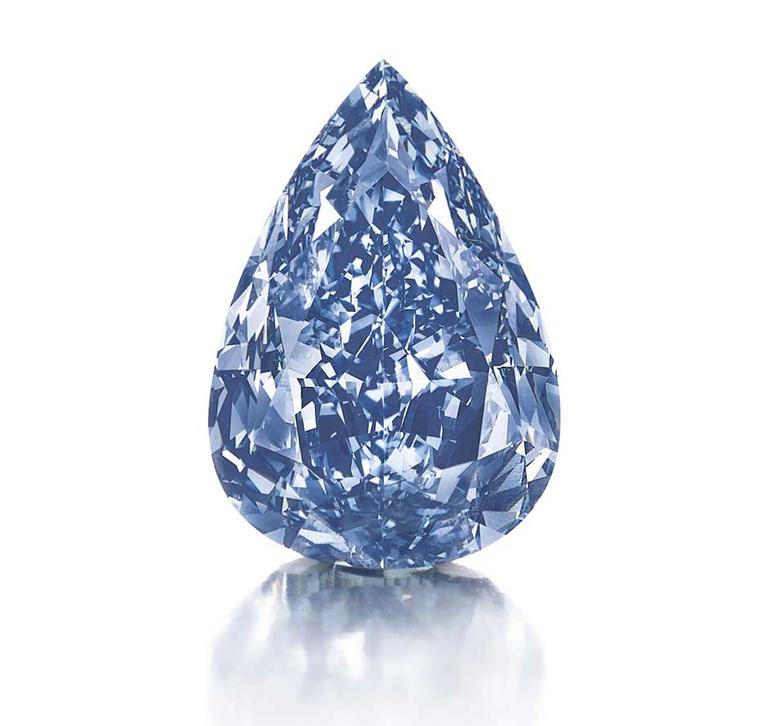 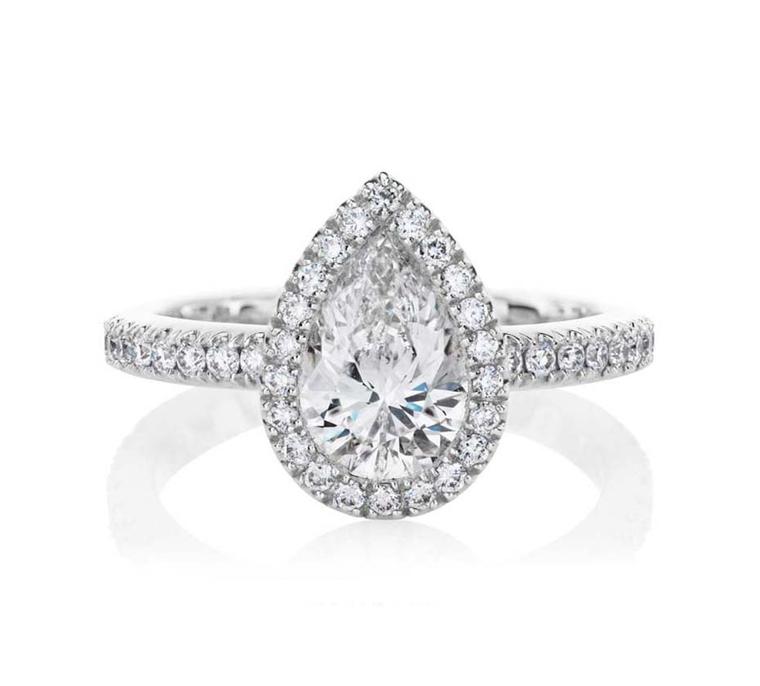