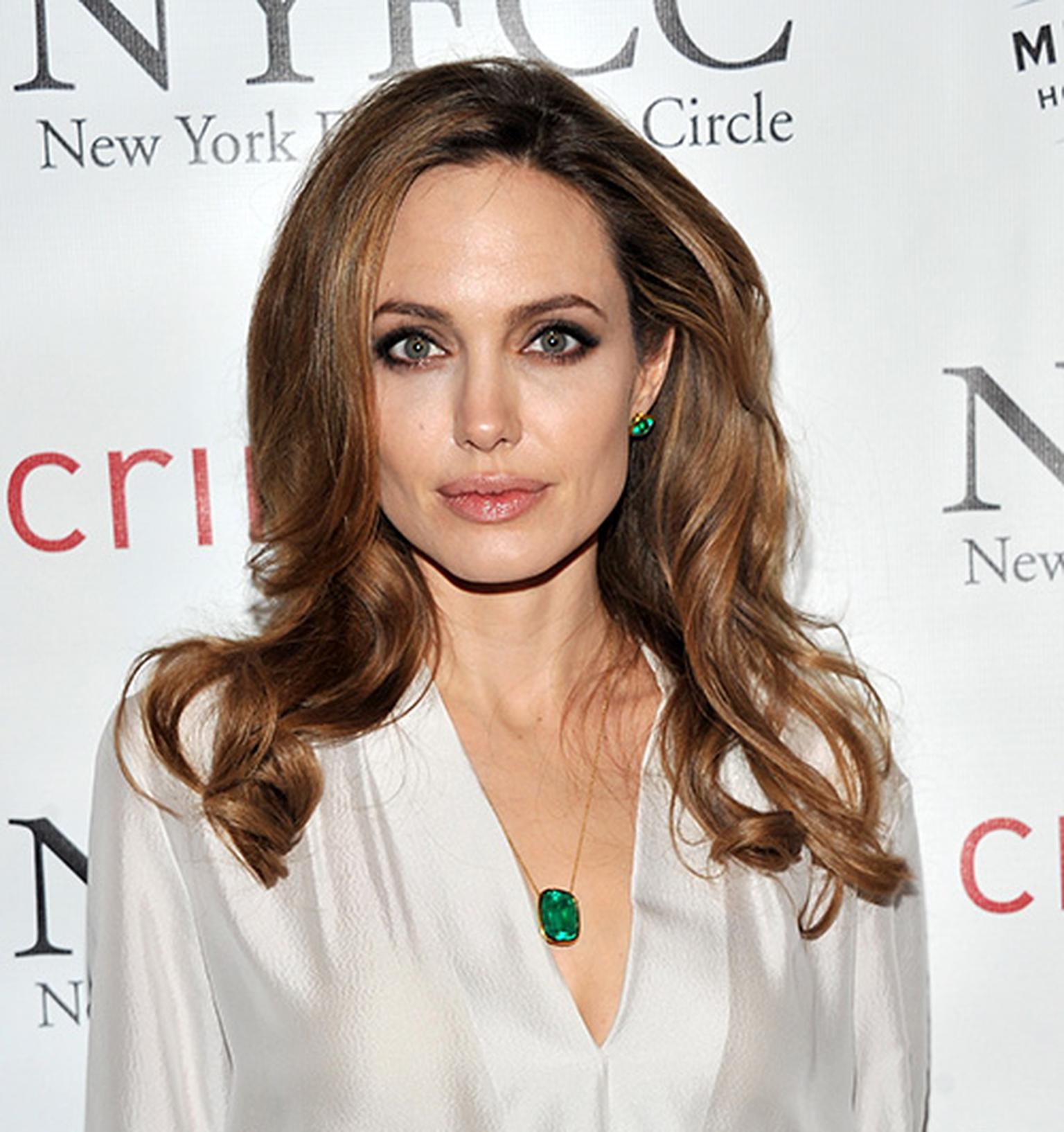 Who made Angelina's engagement ring?  Official confirmation has come through from Robert Procop's press office that reads:

"Following the first sighting of Angelina Jolie's engagement ring at the private view of the new Chinese Art collection at the LA County Museum on 12 April 2012, Robert Procop confirmed that the ring was created by him, in collaboration with Brad Pitt, for Angelina Jolie.

Working closely with Brad Pitt to realise the star's vision for the ring, Robert Procop was able to source a diamond of the finest quality which was then transformed using Pitt's unique designs, cut with distinctive faceting to a shape and size that perfectly suits Angelina's long, slender fingers. Throughout, Brad Pitt remained heavily involved, overseeing every aspect of the creative design process from the perfect cut of the diamond centerpiece - an elongated tablet shape - to the finishing touches such as the mounting of a galaxy of smaller stones which are graduated in size and faceted to match, adding a crowning lustre to the ring. The full creative journey - from conception to completion - took a year, with Brad Pitt waiting until the perfect moment to unveil this special jewel to Angelina Jolie.

Robert Procop has been the private jeweller to Angelina Jolie for over a decade and at the end of 2010, the pair unveiled the 'Style of Jolie' - a collaborative jewellery collection, the proceeds from which benefit children in need around the world via Angelina Jolie's charitable foundation the Education Partnership for Children of Conflict. A respected private jeweller, Robert Procop is recognised internationally as an authority on diamonds and rare gemstones and was recently appointed Editor-in-Chief of Famous Diamonds - the definitive guide to the world's most important diamonds and chronicle of the stories behind them."

I suspected the ring - rumoured to be worth half a million dollars - was the work of Hollywood jeweller Robert Procop who has long been associated with the couple. The clean lines of the square cut diamonds that make up the engagement ring are reminiscent of the 'Tablet' range from Angelina's "Style of Jolie" collection that the star has created with Robert Procop. And what's more, a few years ago Angelina commissioned Robert Procop to make a 'tablet' facetted pendant for Brad for Christmas with a secret message micro-lasered into the stone. Can we assume that Angelina's engagement ring contains a similar message invoking ancient mystic forces to bless their marriage? My guess is yes but I will get back to you on that one if I manage to get hold of Robert Procop himself.

According to Robert Procop, who has known Angelina Jolie for 'many years', Angelina doesn't like big clusters of diamonds and prefers the cushion or tablet cut over fussier brilliant or round cuts. Procop also told me that Angelina likes green and black and prefers the warmth of red gold over yellow gold. The style of the "Style of Jolie" collection is very clean and the unadorned mounts highlight the beauty of the gems that shine out from the large, flat facets of the cushion cut: very much like the ring she is now wearing on her engagement finger.

When I last spoke to Robert Procop, former CEO of Asprey's in London, before the launch of the Style of Jolie jewellery collection in 2011, he mentioned the relationship he had with Angelina and Brad. He not only has created pieces for Angelina but also worked with her on the creation of the 'Style of Jolie' range of jewels the proceeds of which go to The Education Partnership for Children of Conflict. 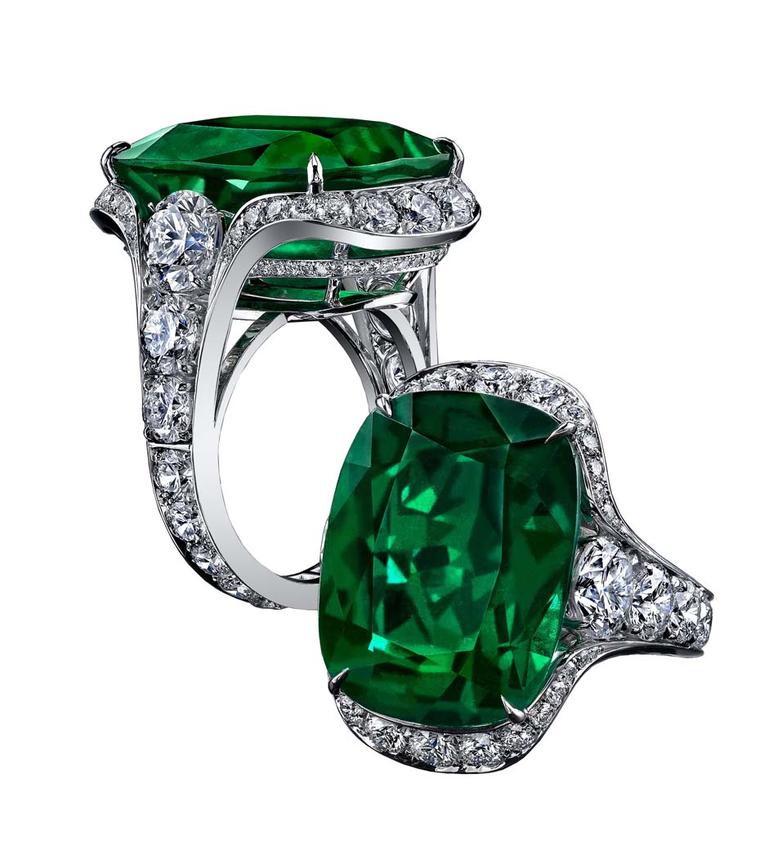 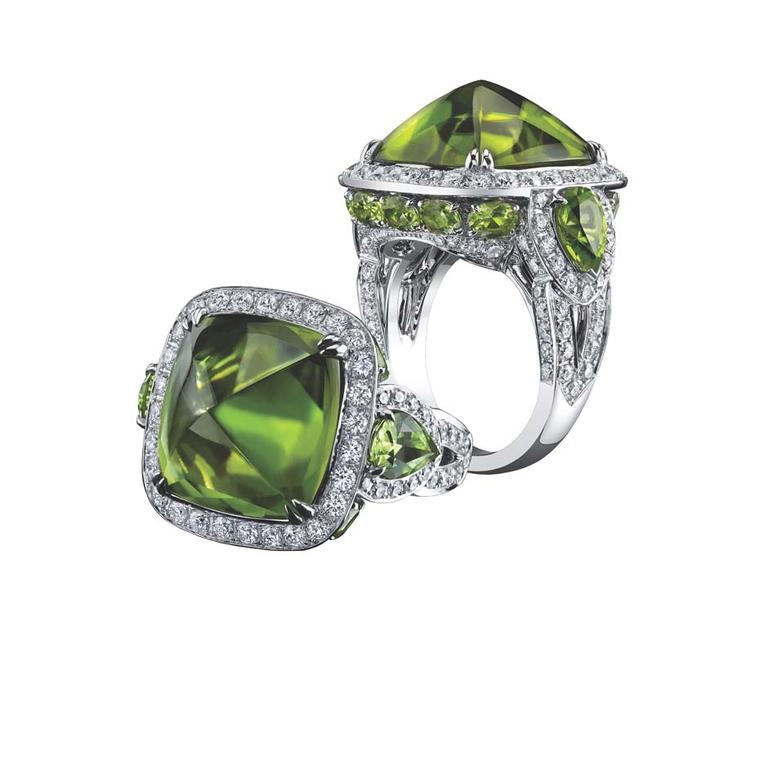