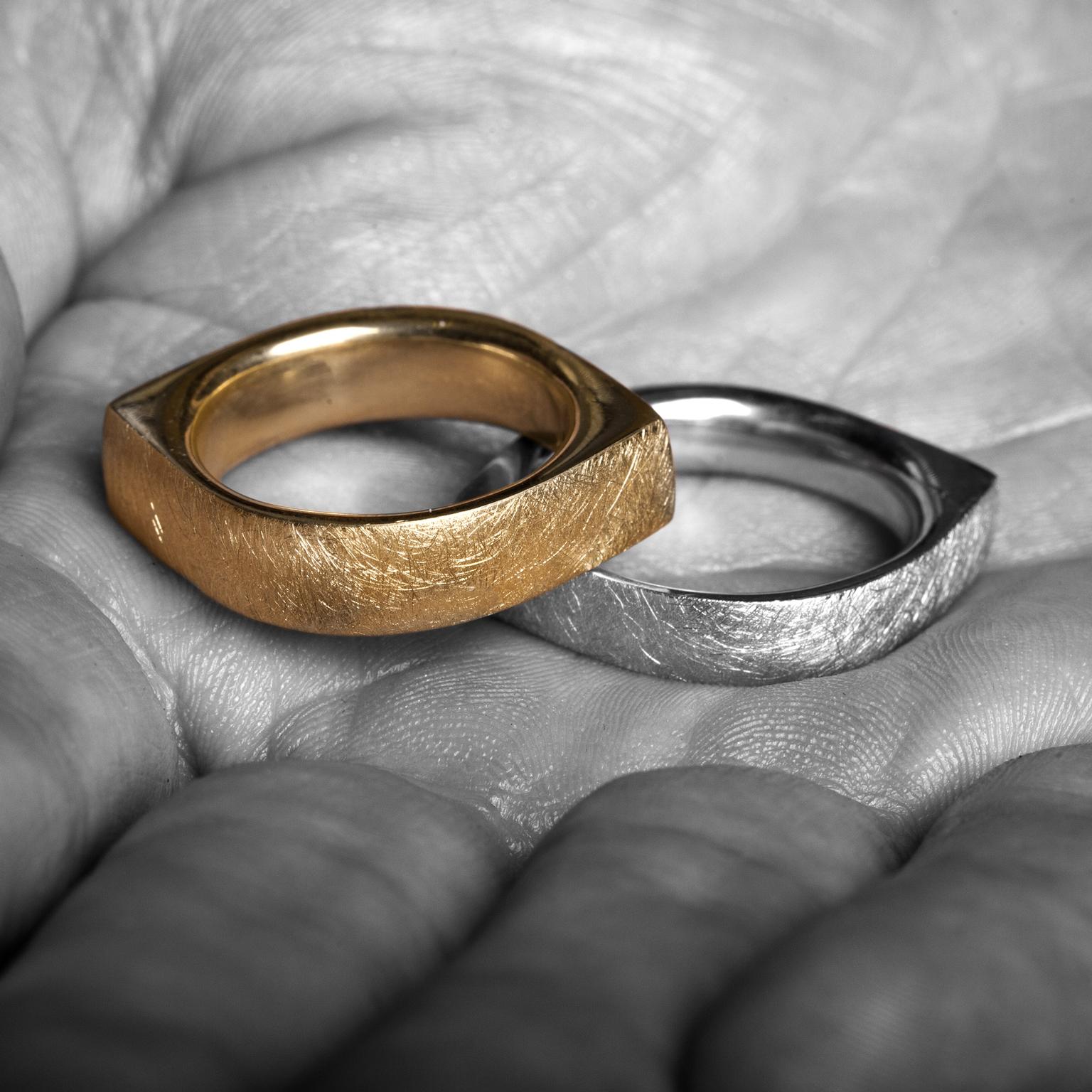 When a woman marries a man there is a tried-and-tested formula when it comes to buying the rings - a diamond engagement ring first, followed by a matching band for the woman and a heavier, usually plainer single ring for the man. But if you are a woman marrying a woman, or a man tying the knot with another man, what should you buy?

The first rule of choosing rings for a same-sex marriage is that there are no rules. There are no limitations on what type of wedding rings to buy and no designated collection that you must choose from - there are just rings. There are, however, some stores that specialise in working with LGBT couples to help find that perfect set of bands to symbolise your love for each other.

Stephen Einhorn in London’s Islington has been crafting wedding rings for same-sex couples at its on-site workshop since long before the law made it possible to marry. The store says that “a large percentage” of the engagement and wedding rings that it creates are sold to same-sex couples, and it has had a section of its website dedicated to LGBT couples ever since it first joined the web in 1995.

Hop across the Thames to London Bridge and you’ll find the studio of Tawny Philips, a jeweller who makes wedding rings to order and has created a number of collections specifically targeted at same-sex couples. “Most often, same-sex couples don’t choose to have identical rings, but instead incorporate some matching elements, such as a shared texture or matching gold colours but different shapes,” says Phillips, who specialises in unusual precious designs such as her chunky Crumpled rings. “I think people are looking for individuality as well as a connection, and so don’t want mirror copies.”

Pippa Small at Brighton jeweller Baroque agrees, although she did recently complete a commission for two women for matching wedding bands set with a rainbow of coloured sapphires. “Couples may choose the same ring design but in different coloured metals or widths,” she says. “A popular choice is our Molten collection, which we offer in widths of 3mm up to 8mm and in all precious metals.”

When it comes to adding sparkle to the wedding band, Stephen Einhorn suggests that gay couples should definitely consider diamonds, especially if they plan on skipping the engagement ring. And ethical jeweller CRED notes that diamond-set wedding bands are particularly popular with lesbian couples that eschew the exchanging of a traditional solitaire.

At historic British wedding ring manufacturer Charles Green, orders for matching wedding bands for same-sex couples are on the rise, and its most popular style - bi-metallic bands that fuse gold and platinum - do indeed feature a small diamond set into the ring.

For men or women who want to incorporate diamonds without being too flashy, Stephen Einhorn’s Geo Elipse collection of rings made from titanium and precious metals have a central strip of tension-set black diamonds, while Chopard’s Ice Cube rings give an understated sparkle with a mini 1.00ct diamond set in a contemporary band.

Danish brand C6 by Anne Cohen offers another interesting alternative choice with rings made from carbon, which have a black chequerboard-like appearance, into which black, white or multi-coloured diamonds can be set. 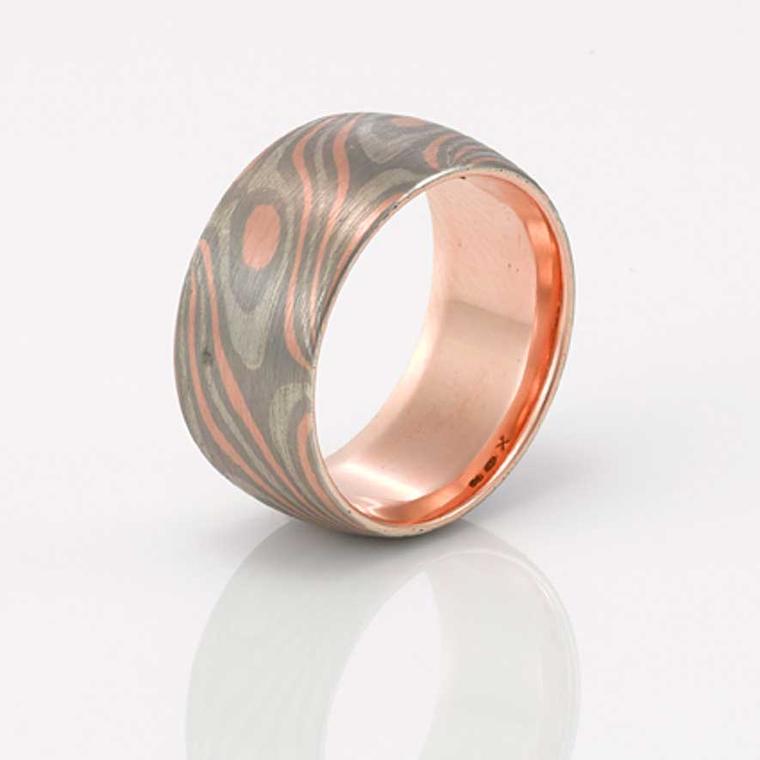 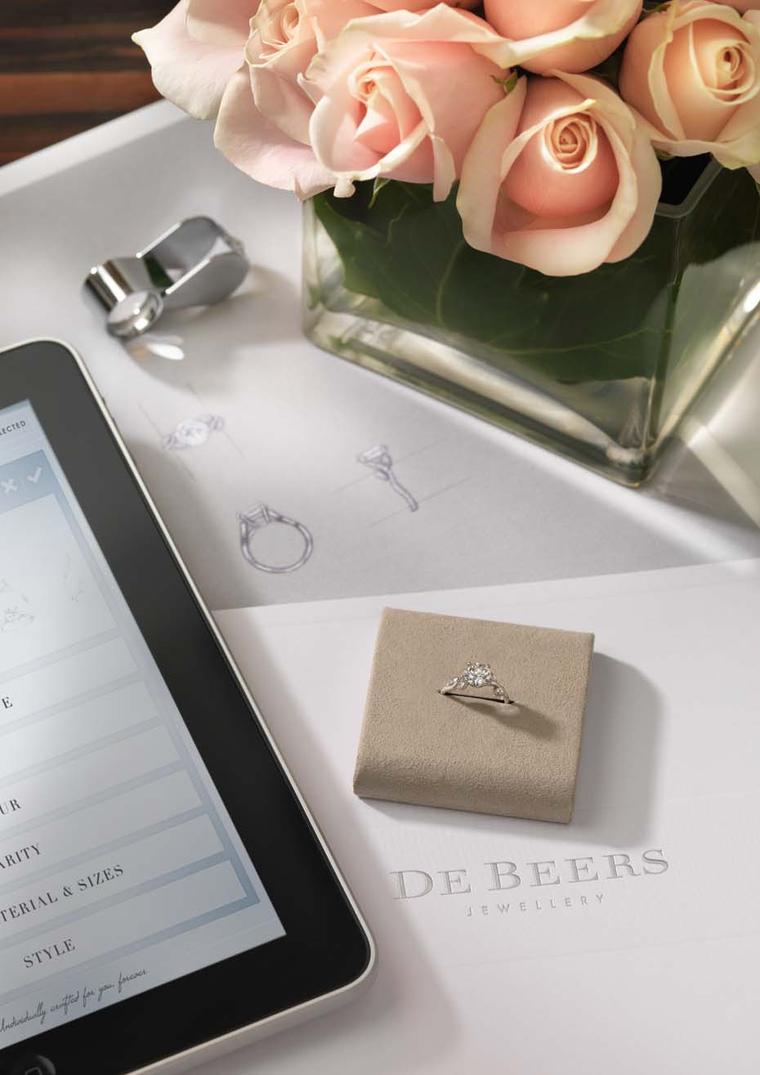 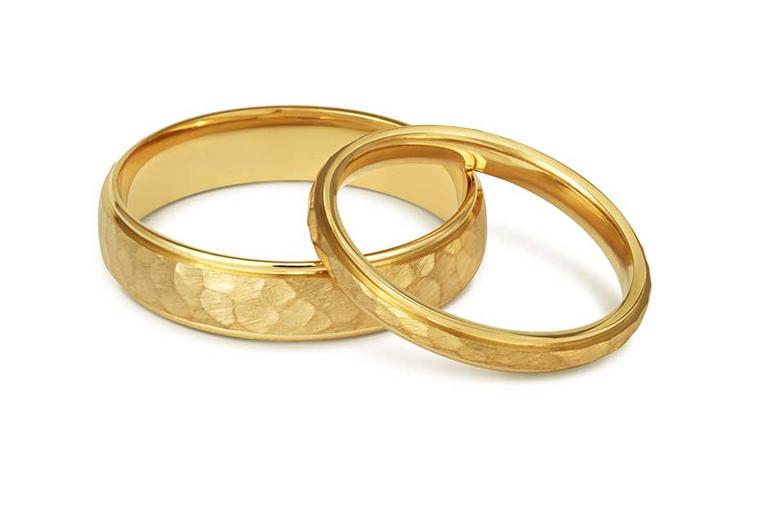